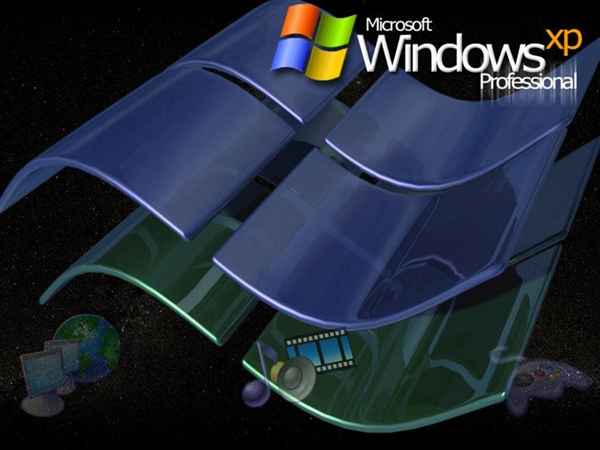 XP was a workhorse. Everything ran OK on it, and it did the job. Because I used it for a decade everything was where I expected it, which saved time. With a few changes it looked OK – all the default ugly green graphics could easily be eradicated. When I wanted to get things done, I found XP fast enough because it all worked as expected. And despite being a bit slow XP was actually fairly stable which also saved time.

Where it really shone is that pretty much every programme ever released was widely and freely available as a crack and they generally all worked well. XP was built for piracy – it was sort of like open source Microsoft. If there was dodgyness to be done, XP was king. But cracked programme availability for 7 is fully sorted these days and a quick visit to a torrent site will sort all software needs.

The main drawbacks were that it’s slower than both 2000 and 7, and like 2000 it’s hopeless for big file transfers, and searches. It was an OK operating system, but it was a bit plain and sluggish compared to 7. The default settings were rubbish and just about everything needed to be changed. (They were not as bad as the default settings on 7 though)

Having said that, the truth is, when setting up computers for friends and family, Windows 7 was not always been appreciated. I guess in some cases I installed it more for my convenience, for people who would have probably preferred XP. Nothing good has come of pushing non-tech people towards 7 over XP.

All the bollocks Microsoft and some clueless journalists said about “the death of XP” because Microsoft stopped support in April 2014, was just a desperate attempt to sell some software. Microsoft support for operating systems is irrelevant, and third party support for XP is still widely available. It’s even still available from third parties for Windows 98!

In many workplaces, and many countries outside of America, (including China where XP still has a huge share of the market) XP remains popular. Even in America where consumers rush out and buy whatever is the latest thing, XP is still going. It was gestimated (by Steve Balmer) that outside of America, 90% of all copies of XP were pirated. 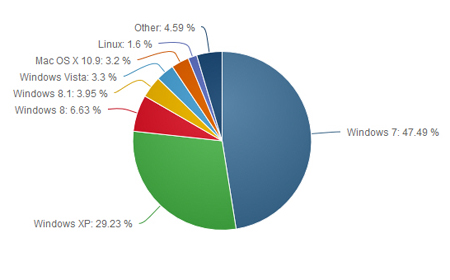 This operating system usage pie chart from February 2014 is fairly typical, but it contains the same inbuilt inaccuracies that nearly all the charts like this do:

Firstly, it mainly reflects what American and English speaking consumers are web surfing on (rather than workplace use, where many workers are predominantly using XP with no internet connection).

Secondly it doesn’t reflect what non English speaking computer users in countries such as China are using, where XP is popular, most XP copies are pirated, and internet connections are thin on the ground. 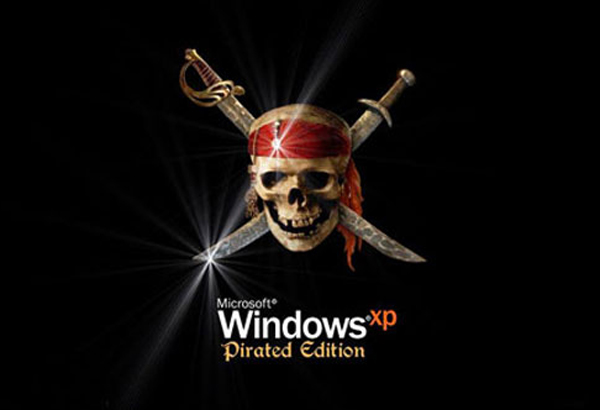 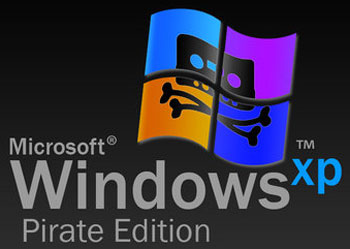 Start computer up with “Windows XP” disc in DVD drive, and no internet connection.

Appearance – windows classic style, (a timeless theme that gets rid of the green start button) & then set font to large

(To turn off Microsoft Security and Updates)

Go to manage security settings option at the bottom – turn off anything that’s on, such as firewall (make sure that Microsoft has nothing to do with the security and is not doing any updates)

To stop the wizard from automatically running every 60 days:

Right-click a blank spot on the desktop, and then click Properties to open the Display Properties dialogue box.

In Windows Explorer go to My Computer and right click on it:

First select “adjust for best performance” (this unticks everything)

OR – Same change can be done from: 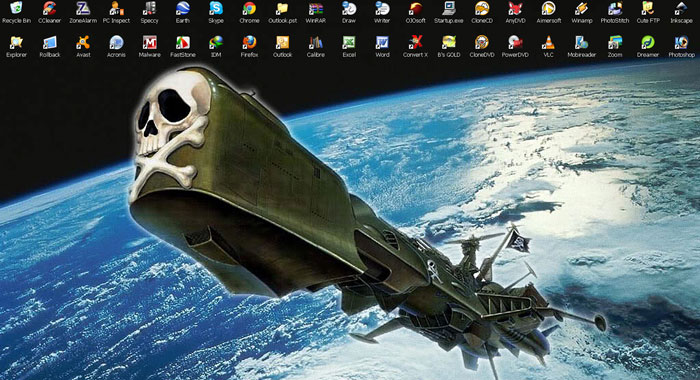