But unlike his usual undercover sting operations, this footage was allegedly sourced from a CNN insider who apparently grew frustrated with the perpetually biased reporting of the “fake news” media outlet.

Per O’Keefe’s website, today’s release includes 119 hours of secretly recorded raw footage from an inside source at CNN with another 100 hours of footage still to be released.

Given the volume of footage to be released, O’Keefe is asking for help to transcribe and investigate the recordings and encourages users to provide tips on interesting discoveries here. 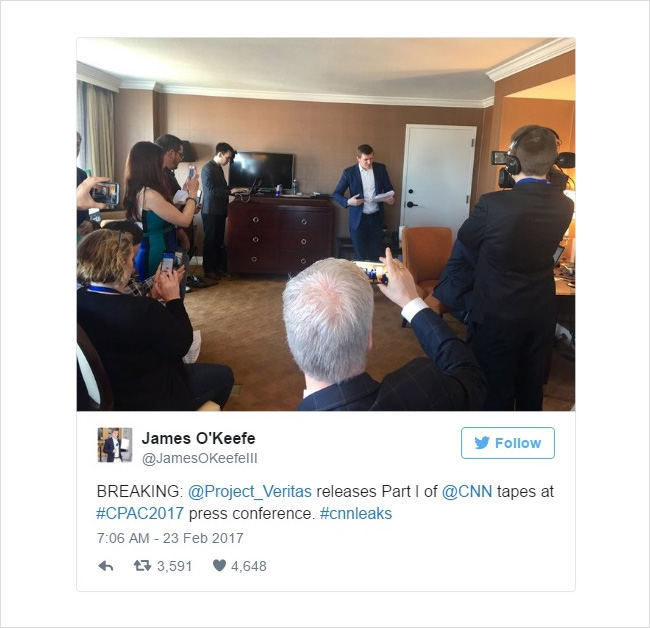 And, admitting what we all knew already, here is CNN’s former News Desk Editor, Joe Sterling, revealing his clear bias for Obama. 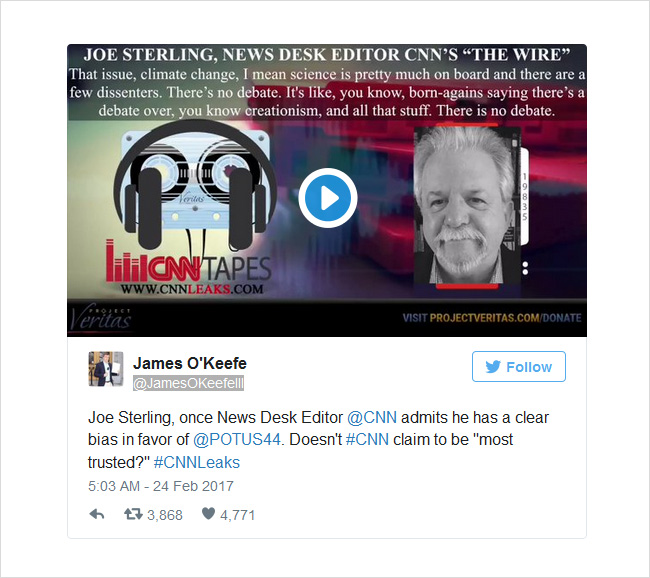 With that brief intro, here is O’Keefe’s latest work.

#CNNLeaks: Project Veritas Releases Over 100 Hours of Audio From Inside CNN

Project Veritas released 119 hours of raw audio in a WikiLeaks style dump, with over 100 more hours still yet to be released. The audio was secretly recorded in 2009 by an anonymous source inside CNN’s Atlanta headquarters who we are identifying as Miss X.

The tapes contain soundbites from current and previous CNN employees Joe Sterling, Arthur Brice, and Nicky Robertson, as well as numerous others. Project Veritas is also offering a $10,000 award for content that exposes media malfeasance.

The full 119 hours of audio footage will eventually be available here, but for now PV’s servers seem to be having a difficult time keeping up with the overwhelming demand from supporters eager to hear first-hand accounts of CNN’s bias.

Meanwhile, noting that this is just the “beginning of the end for the MSM,” O’Keefe also announced that he will pay a $10,000 award to anyone who comes forward with legally obtained audio or video footage exposing media malfeasance. 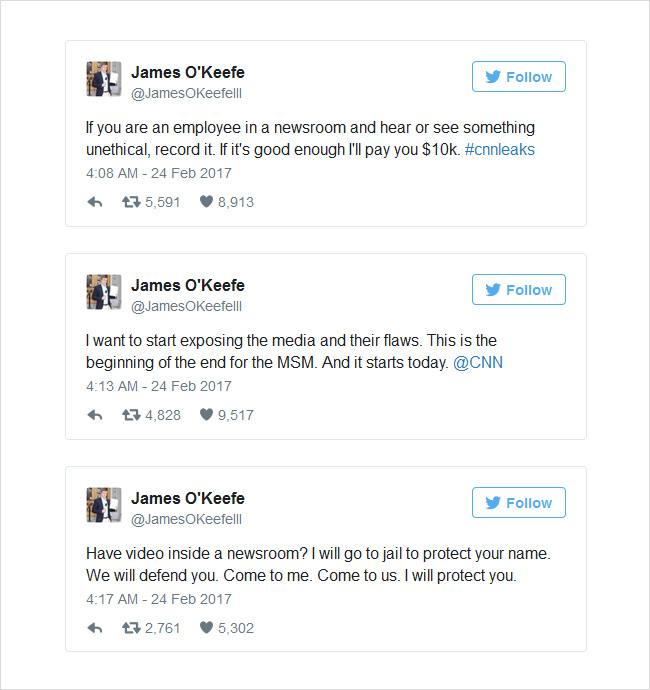 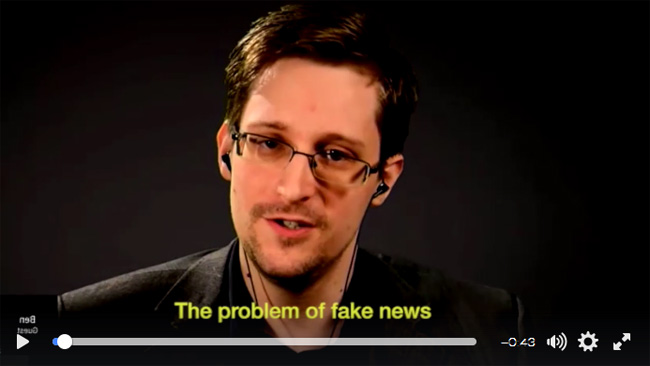 The CIA Is One Of The Main Peddlers Of Fake News: Newly-Declassified Documents

Newly-Declassified Documents Show that a Senior CIA Agent and Deputy Director of the Directorate of Intelligence Worked Closely with Owners and Journalists with Many of the Largest Media Outlets. 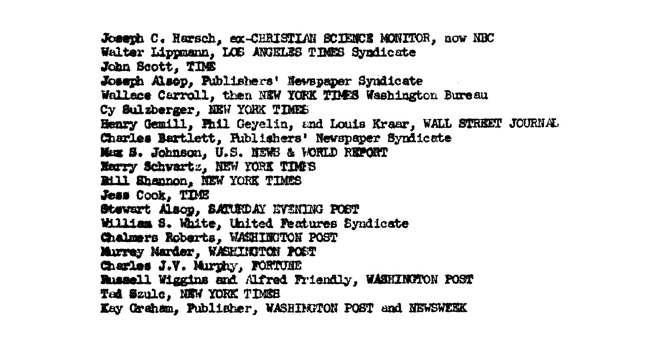 The United States Senate Select Committee to Study Governmental Operations with Respect to Intelligence Activities found in 1975 that the CIA submitted stories to the American press: 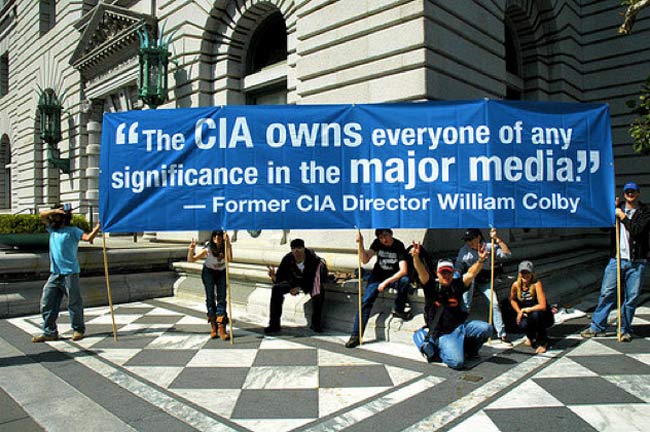 A CIA operative told Washington Post owner Philip Graham … in a conversation about the willingness of journalists to peddle CIA propaganda and cover stories: 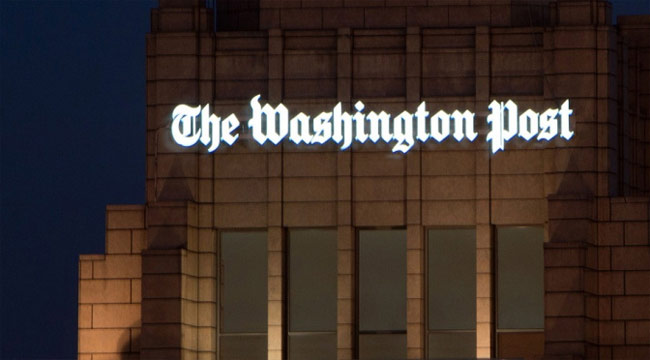 An expert on propaganda testified under oath during trial that the CIA now employs THOUSANDS of reporters and OWNS its own media organizations.

Whether or not his estimate is accurate, it is clear that many prominent reporters still report to the CIA.

A 4-part BBC documentary called the “Century of the Self” shows that an American – Freud’s nephew, Edward Bernays – created the modern field of manipulation of public perceptions, and the U.S. government has extensively used his techniques. 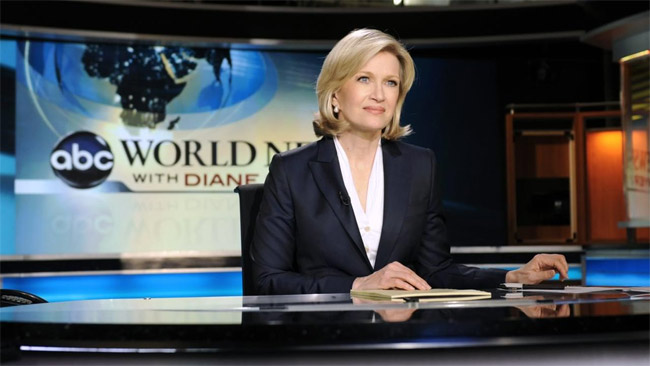 Related: The Elite News Anchor is the Eunuch: Trusted Everywhere

John Pilger is a highly-regarded journalist (the BBC’s world affairs editor John Simpson remarked, “A country that does not have a John Pilger in its journalism is a very feeble place indeed”). Pilger said in 2007:

Nick Davies wrote in the Independent in 2008:

The government is still paying off reporters to spread disinformation. And the corporate media are acting like virtual “escort services” for the moneyed elites, selling access – for a price – to powerful government officials, instead of actually investigating and reporting on what those officials are doing. 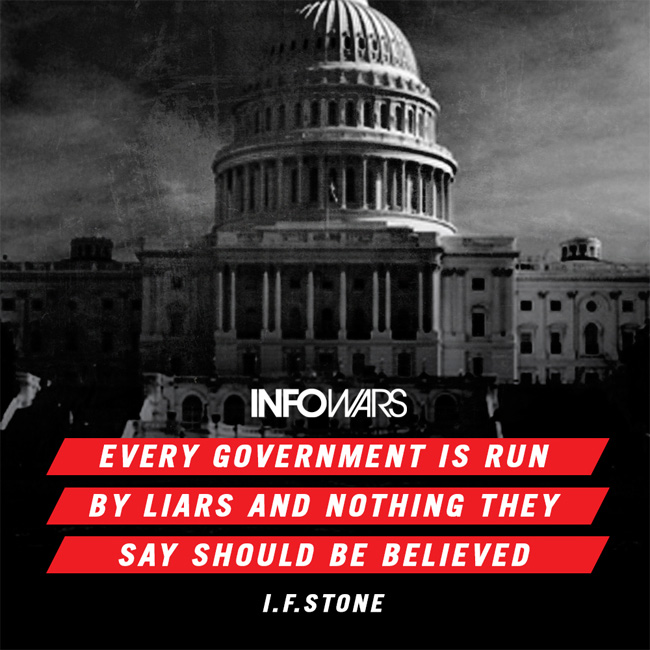 One of the ways that the U.S. government spreads propaganda is by making sure that it gets its version out first. For example, the head of the U.S. Information Agency’s television and film division – Alvin A. Snyder – wrote in his book Warriors of Disinformation: How Lies, Videotape, and the USIA Won the Cold War:

In 2013, the American Congress repealed the formal ban against the deployment of propaganda against U.S. citizens living on American soil. So there’s even less to constrain propaganda than before.

One of the most common uses of propaganda is to sell unnecessary and counter-productive wars.

Given that the American media is always pro-war, mainstream publishers, producers, editors, and reporters are willing participants. 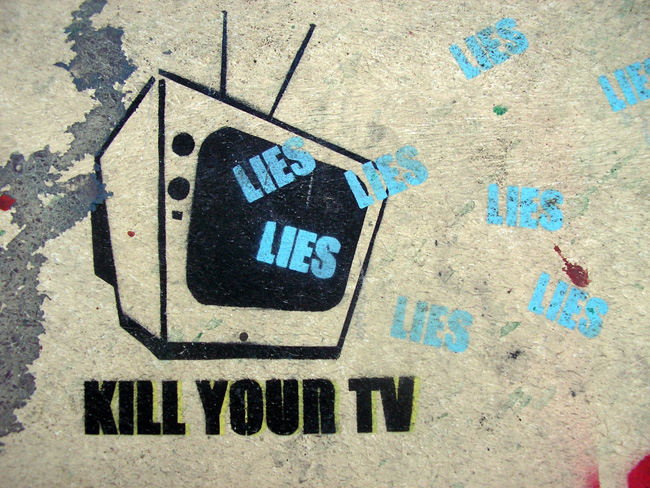 Former Newsweek and Associated Press reporter Robert Parry notes that Ronald Reagan and the CIA unleashed a propaganda campaign in the 1980’s to sell the American public on supporting the Contra rebels, utilizing private players such as Rupert Murdoch to spread disinformation.

Parry notes that many of the same people that led Reagan’s domestic propaganda effort in the 1980’s are in power today: 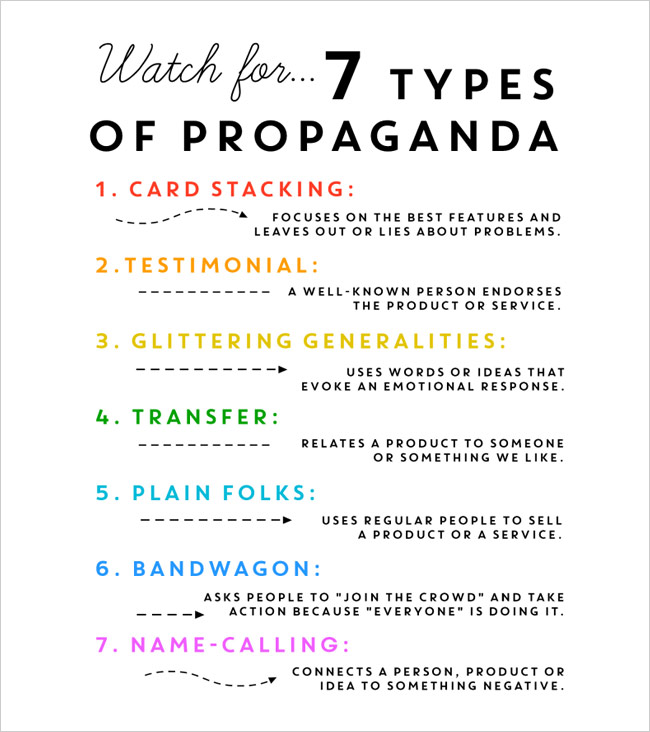 Another key to American propaganda is the constant repetition of propaganda. As Business Insider reported in 2013:

Government Massively Manipulates the Web, Social Media and Other Forms of Communication

Of course, the Web and social media have become a huge media platform, and the Pentagon and other government agencies are massively manipulating both.

Documents released by Snowden show that spies manipulate polls, website popularity and pageview counts, censor videos they don’t like and amplify messages they do. 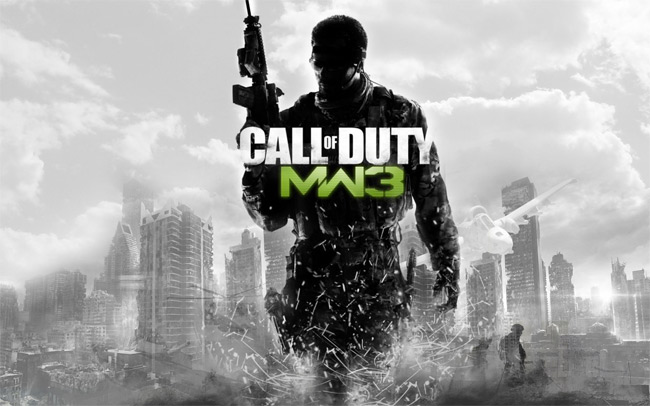 The CIA and other government agencies also put enormous energy into pushing propaganda through movies, television and video games.

Propaganda isn’t limited to our own borders…

Sometimes, the government plants disinformation in American media in order to mislead foreigners. For example, an official government summary of America’s overthrow of the democratically-elected president of Iran in the 1950’s states,

And CNN accepted money from the brutal Bahrani dictatorship to run pro-monarchy propaganda. 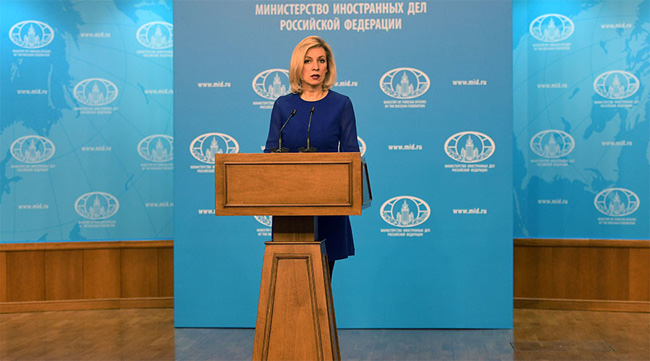 The First Amendment of the U.S. Constitution protects the freedom of the press from censorship by government.

Indeed, the entire reason that it’s unlawful for the government to stop stories from being printed is because that would punish those who criticize those in power.

Why? Because the Founding Father knew that governments (like the British monarchy) will always crack down on those who point out that the emperor has no clothes.

For example, the powers-that-be argue that only highly-paid corporate media shills who will act as stenographers for the fatcats should have the constitutional protections guaranteeing freedom of the press. 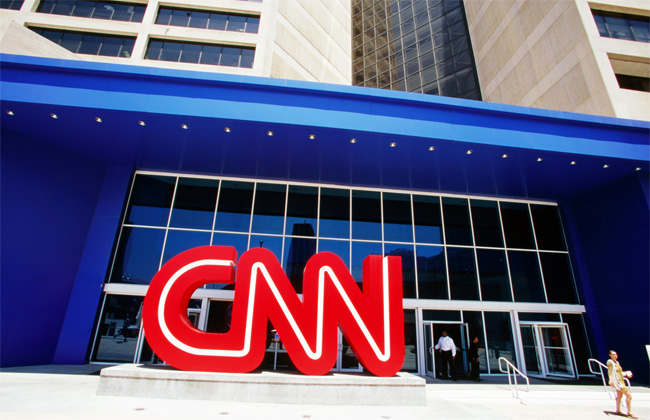 A Harvard law school professor argues that the First Amendment is outdated and should be abandoned.

And the government is treating the real investigative reporters like criminals – or even terrorists:

In fact, top NSA whistleblowers tell Washington’s Blog that the NSA has spied on reporters for well over a decade – to make sure they don’t reveal illegal government programs

Reporters covering the Occupy protests were targeted for arrest

The government admits that journalists could be targeted with counter-terrorism laws (and here). 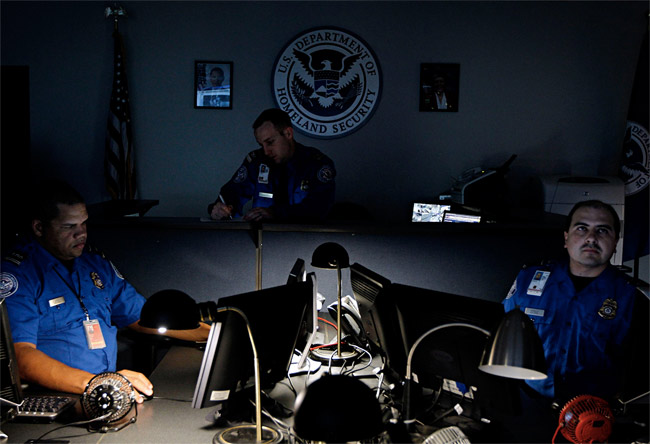 For example, after Pulitzer Prize winning journalist Chris Hedges, journalist Naomi Wolf, Pentagon Papers whistleblower Daniel Ellsberg and others sued the government to enjoin the NDAA’s allowance of the indefinite detention of Americans – the judge asked the government attorneys 5 times whether journalists like Hedges could be indefinitely detained simply for interviewing and then writing about bad guys. The government refused to promise that journalists like Hedges won’t be thrown in a dungeon for the rest of their lives without any right to talk to a judge

In an effort to protect Bank of America from the threatened Wikileaks expose of the bank’s wrongdoing, the Department of Justice told Bank of America to a hire a specific hardball-playing law firm to assemble a team to take down WikiLeaks (and see this)

The NSA and its British counterpart treated Wikileaks like a terrorist organization, going so far as to target its employees politically, and to spy on visitors to its website

Postscript: See this and this.

Mike Adams, Alex Jones, and the war against the 1st Amendment