I’m not sure how it happened, but in a gradual way, sort of like becoming fat, lazy, or conservative, in my three years on Steemit, I became a boring old fart.

Back in the 90’s I had lots of friends who were mad bastards. One of the maddest was Dan (I’ll call him Dan because his name is Dan). These days he has his own business, and a wife and kids. But back then he was a loose unit. Today I ran into him and remembered this deranged story.

Every year on the Wellington waterfront there was a contest called “Birdman” in which people would ride or leap off the end of a wharf, often with wings attached and see who could fly the farthest.

Keep in mind that this was the 90’s, long before FUD, smart phones, and PC nazis turned everyone into spineless gimps. We were listening to Kurt Cobain rather than Justine Blubber.

The drop was about 15m (45ft) and the crowd was enthusiastic. To spice things up a bit some entrants popped a tab (LSD) first.

Dan decided to take things up a notch, so he covered himself in some sort of fireproof greasy shit as well as plenty of flammable shit. Then he got ready to take a long run up on his bike to build up speed. Before starting to ride he set fire to himself. It was a good plan, but halfway down the runway his chain broke, so he had to start paddling along with his feet as fast as he could.

By the time he got to the end of the wharf the flames were big. In fact he was a human fireball, and I felt the heat as he went past. When he landed in the water there was a big cloud of steam (that is steam not Steem) 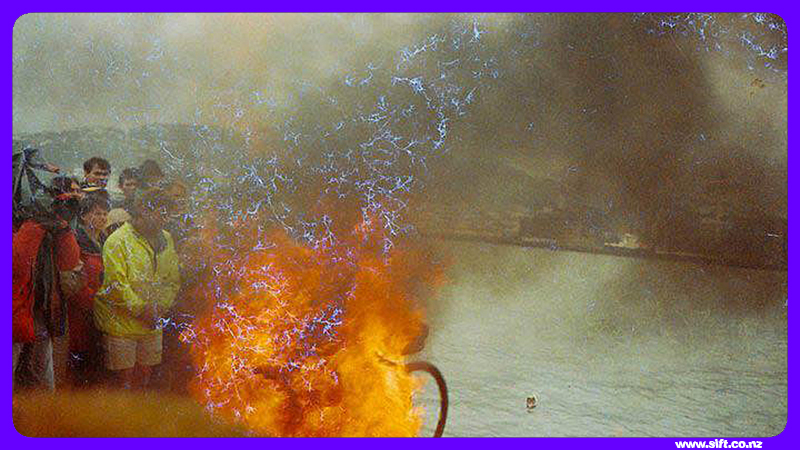 These days Dan still feels the need to let loose occasionally. One of the things that still really pisses him off is New Zealand’s bicycle helmet law. So one evening he went over to Courtney Place, Wellington’s busy night time entertainment street, and rode up and down on his bike without a helmet until he got arrested.

Now here is the good part – just to make sure he made an impression, along with no helmet, he also didn’t wear any clothes. How cool is that?

Apparently photos were posted on fakebook but they were removed, so this is just one of my own photos of Courtney place: And that brings me back to the boring old fart on Steemit part. When I started out on Steemit in 2016, I had no wallet, no followers, I’d never heard of whales (other than big fat greasy fishy ones), and I didn’t give a fuck who I pissed off.

Flagging is one of the big problems with Steemit, and in a sorry arsed attempt to be safe and popular, so many of us turned into inoffensive boring dribblers who were scared to cause offense in case we lost “followers” or got “flagged”. But most of our “followers” were bots anyway.

We all need to be free to express ourselves, and if that involves tearing our clothes off or setting fire to ourselves in public, that is what we need to do.

On my blogs I never give a fuck who I piss off . In 2001 I did a post saying that the US government did the 911 “attacks”, and I have a page saying that fluoride is a neurotoxin, that a low fat diet causes obesity, diabetes, heart disease and cancer, that “terrorist” attacks are all false flags, that cancer is an industry, that America is corrupt from top to bottom, that William Shakespeare was a pseudonym, that the moon landings were fake, that vaccinations are the biggest and most evil con job in human history, and a whole pile of other stuff.

Oh yes I’m also anti-zionist, anti-chump, and anti pretty much all mainstream opinion. I think the idea that America is a democracy is a joke, and that cryptos are another rotchild scam to create a one world currency (But don’t worry that doesn’t stop me buying and selling them for profit)

Wherever we find ourselves online we need to strip off our gimp suits and say what we really think. Why the fuck not? 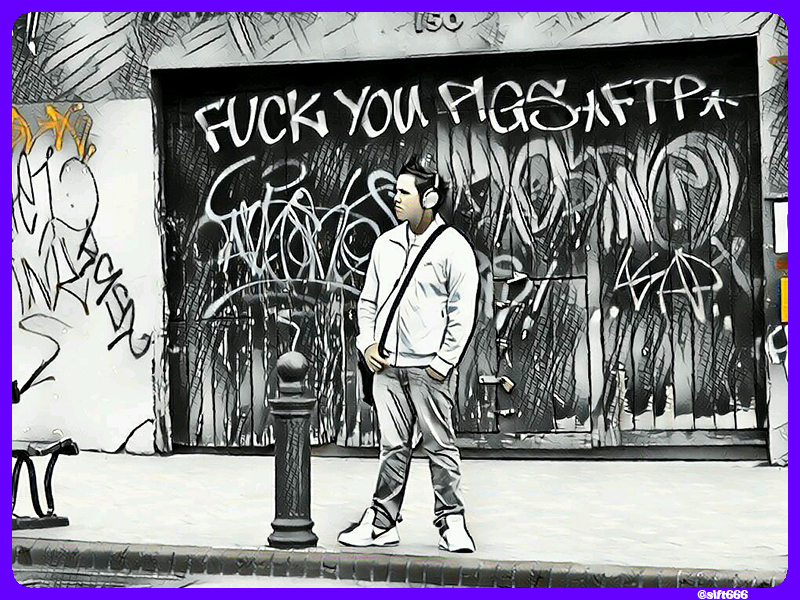