Although it purports to be based on solid science and the open flow of information on which science depends, the massive venture to reconfigure the genetic core of the world’s food supply has substantially relied on the propagation of falsehoods. 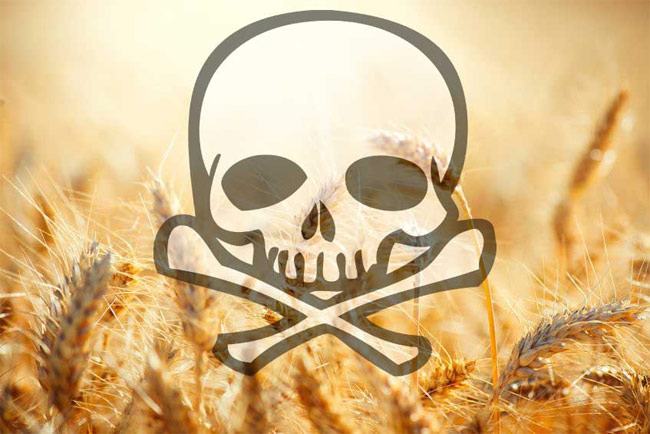 Its advancement and very survival have been crucially and chronically dependent on the misrepresentation of reality – to the extent that more than thirty years after the creation of the first genetically engineered plant, the vast majority of people the world-over (including most government officials, journalists, and even scientists) continue to be misled about the important facts.

Related: High Court ruling on GE a win for democracy

Moreover, contrary to what people would expect, the biotechnology industry has not been the main source of the deceptions.Instead, the chief misrepresentations have been issued by respected government agencies and eminent scientists and scientific institutions.

The following paragraphs describe several of the key deceptions and delinquencies that have been essential in enabling the genetically engineered (GE) food venture to advance – all of which are more thoroughly documented in my book: Altered Genes, Twisted Truth.

The Disaster Caused by GE’s First Edible Product Was Obfuscated

The genetic engineering venture received an alarming jolt when its first ingestible product caused an epidemic that killed dozens of Americans and seriously sickened thousands, permanently disabling many of them.

The product was a food supplement of the essential amino acid L-tryptophan that had been derived from genetically altered bacteria. Although it met the standards for pharmacological purity, like all other tryptophan supplements it contained minute amounts of impurities.

However, unlike the conventionally produced supplements, one or more of its accidental additions was highly toxic, even at extremely low levels. 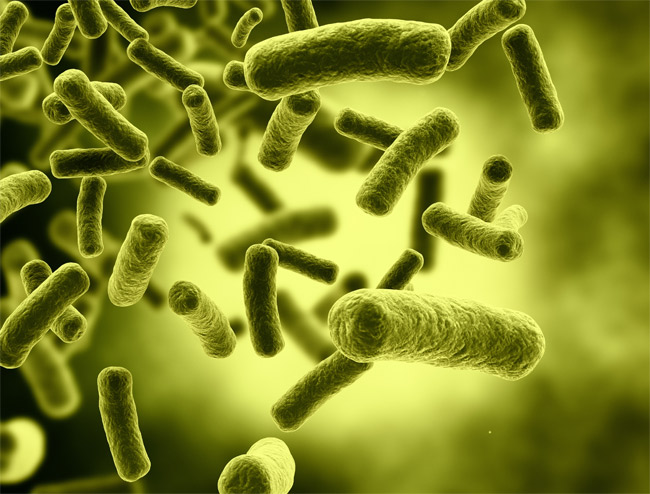 Because none of the tryptophan supplements produced via non-engineered bacteria had ever been linked to disease, and because genetic engineering can create unintended disruptions within the altered organisms, there were legitimate reasons to suspect that the process had induced the formation of the extraordinarily toxic substance that caused the calamity.

Consequently, the proponents of genetic engineering, including the United States Food and Drug Administration (the FDA), which admits it has a policy “to foster” biotechnology, strove to convince the public that the technology was blameless.[ii]

But to do so, they had to issue a string of deceptive statements. Those deceptions have been highly successful. Consequently, despite the fact the evidence points to genetic engineering as the most likely cause of the toxic contamination, most people who know of this tragedy are under the illusion that the technology has been exonerated.[iii]

Worse, because GE proponents routinely claim that none of its products has ever been linked to a health problem, most people aren’t even aware that such a catastrophe happened.

The first whole food produced via genetic engineering (Calgene’s “Flavr Savr” tomato) was also problematic. Calgene voluntarily conducted feeding studies, and the FDA scientists who reviewed them expressed concern about a pattern of stomach lesions that raised a safety issue.

The Pathology Branch concluded that safety had not been demonstrated, and other FDA experts concurred. One wrote that the data:

Nevertheless, the FDA claimed that its scientists had determined that all safety questions had been resolved – and that the tomato had been demonstrated to be just as safe as other tomatoes. And because the FDA kept a lid on its scientists’ memos, no one outside the agency was aware of the fraud.

The memos only came to light four years later (in 1998) when my organization, the Alliance for Bio-Integrity, led a lawsuit that compelled the FDA to hand over more than 44,000 pages of its internal files.

However, because the mainstream media has failed to adequately report what those documents reveal, most people are still unaware of the FDA’s misbehavior.

If the actual facts about the toxic tryptophan and the troubling tomato had been disclosed, the GE food venture might well have been brought to a halt – and at minimum would have been slowed and subjected to more rigorous testing. A similar effect would have resulted if concerns that other FDA experts had expressed about GE foods in general had been publicized.

Those concerns appeared in memos written a few years before the GE tomato entered the market, and they reveal that the agency’s scientists didn’t agree with the biotech proponents’ claims that GE is substantially the same as conventional breeding.

For example, an FDA microbiologist stated:

The Director of FDA’s Center for Veterinary Medicine (CVM) stated:

He explained that residues of unexpected substances could make meat and milk products harmful to humans.

The pervasiveness of the concerns is attested by an FDA official who studied the expert input and declared:

In light of the unique risks, those experts called for GE foods to undergo careful testing capable of detecting unexpected side effects.

Moreover, the FDA’s Biotechnology Coordinator acknowledged there was not a consensus about safety in the scientific community at large. He also admitted that the allergenic potential of some GE foods “is particularly difficult to predict.” [x] 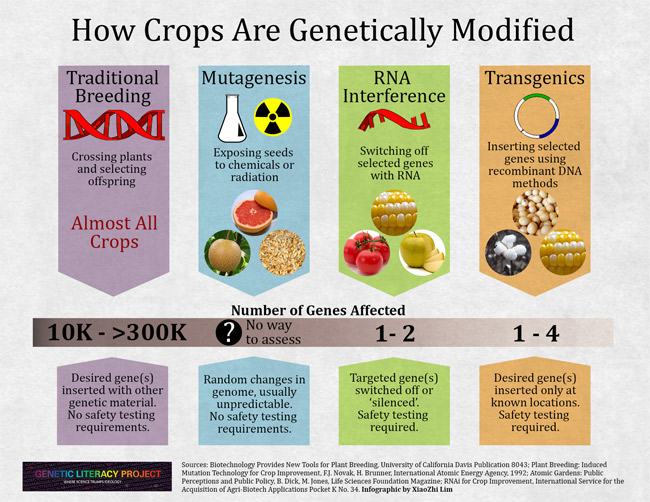 Nonetheless, in May 1992 the FDA claimed that:

It also asserted that there is overwhelming consensus among scientists that GE foods are so safe they don’t require any testing. Accordingly, the agency doesn’t require a smidgen of testing and allows GE foods to enter the market without any.

If the FDA had told the truth and disclosed the extensive concerns of its own experts, the subsequent history of the GE venture would have surely been very different – and might well have been quite short. At the least, any GE foods that did reach market would have been subjected to much more rigorous testing than regulators anywhere have required.

Like the FDA, other GE proponents habitually claim there’s an overwhelming expert consensus that GE foods are safe. And the American Association for the Advancement of Science has declared that “every respected organization” that examined the evidence has determined they’re “no riskier” than conventional ones.

But this is flat-out false. For instance, in 2001 the Royal Society of Canada issued a report concluding that:

A ) it is “scientifically unjustifiable” to presume that GE foods are safe.

B) the “default prediction” for each should be that the genetic alteration has induced unintended and potentially harmful side effects.[xii]

Moreover, the British Medical Association, the Public Health Association of Australia, and the editors of The Lancet (a premier medical journal) have all expressed concerns about the risks;[xiii] and in 2015 a peer-reviewed journal published a statement signed by more than 300 scientists asserting that there is not a consensus about the safety of GE foods and that their safety has not been adequately demonstrated.[xiv]

GE proponents also falsely profess that the safety of GE foods has been thoroughly demonstrated when in reality many well-conducted studies published in peer-reviewed journals have detected harm to the animals that ate GE food.

In fact, a systematic review of the toxicological studies on GE foods published in 2009 concluded that the results of “most” of them indicate that the products:

It also noted that further studies were clearly needed.

Another review that encompassed the additional studies that had been published up until August 2010 also provided cause for caution. It concluded that there was an “equilibrium” between the research groups;

Between 2008 and 2014 eight such research reviews were published, and although some interpreted the data in favor of GE crops, as a whole, they provide no grounds for unequivocally proclaiming safety. As Sheldon Krimsky, a professor at Tufts University, observed in a comprehensive examination that itself was published in a peer-reviewed journal:

Yet, GMO proponents routinely proclaim that it has been conclusively resolved – and that safety is a certitude.

Thus, even from this brief summary, it’s clear that the GE food venture has been chronically dependent on twisting the truth; and this dependence can be readily detected in virtually every statement that’s been issued in support of its products.

A striking example is the guide to GE crops published by the UK’s Royal Society in May 2016.[xviii] Although it professes to provide accurate, science-based information, analysis reveals that its case for the safety of these crops is based on multiple misrepresentations.[xix]

So if the world’s oldest and most respected scientific institution cannot argue for the safety of GE foods without systematically distorting the facts, it indicates that such distortion is essential to the argument.

Moreover, when the multitude of distortions and deceptions that have been issued on behalf of these products over the last thirty-five years are compiled and irrefutably documented (as in my book), the conclusion that the GE food venture could not have survived without them becomes virtually inescapable. 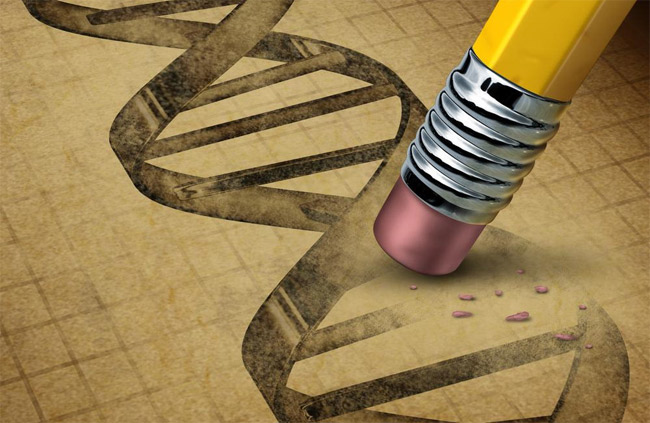 And another conclusion is equally obvious. The incontestable fact that the evidence has been methodically misrepresented is in itself compelling evidence of how strongly the aggregate evidence raises reasonable doubts about the safety of these foods – because if it was as favorable as the proponents claim, there would have been no need to distort it.

[iii] The demonstrably false statements that have been issued in order to deflect suspicion from the GE process, as well as other deceptive tactics that have been employed, are described in Chapter 3 of Altered Genes, Twisted Truth. That chapter also comprehensively examines the evidence, including important evidence produced by researchers at the Mayo Clinic that had not been previously made public.

[iv] Document #15, p. 3 at: http://biointegrity.org/24-fda-documents. NOTE: If the URL specified for this endnote (which is also the URL for numbers 5 through 10) is temporarily inactive, the documents can be accessed at: http://www.biointegrity.org/list.htm

[xii] “Elements of Precaution: Recommendations for the Regulation of Food Biotechnology in Canada.” The Royal Society of Canada, January 2001.  This report has never been withdrawn or revised.

The Lancet criticized the presumption that genetically engineered foods entail no greater risks of unexpected effects than conventional foods, stating that there are “good reasons to believe that specific risks may exist” and that “governments should never have allowed these products into the food chain without insisting on rigorous testing for effects on health.” (The Lancet, Vol. 353, Issue 9167, p. 1811, 29 May 1999.)

[xix] For a documentation of the major misrepresentations, see my article published in The Ecologist: http://bit.ly/29NN8dk 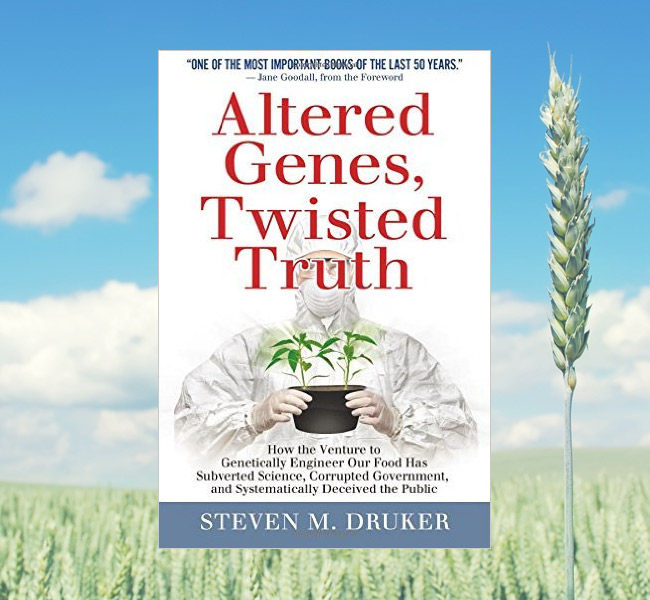 Steven M. Druker is a public interest attorney and the executive director of the Alliance for Bio-Integrity. He is the author of Altered Genes, Twisted Truth: How the Venture to Genetically Engineer Our Food Has Subverted Science, Corrupted Government, and Systematically Deceived the Public, which was released in 2015 with a foreword by Jane Goodall hailing it as “without doubt one of the most important books of the last 50 years.