The Reasons Why Geeks Can’t Put Down Their Smartphones

Former Google exec Tristan Harris, interviewed for the episode, argues that we’ve been fooled into believing the “technology is neutral” argument.

Related: What Parents Should Know About EMFs and WiFi & 5G Is An International Health Crisis In The Making

Instead, he says that software makers have mastered a sort of “addiction code” that keeps people compulsively engaged, such that we can’t stand leaving our phones for even a little while.

In other words, the technology has been manipulated to leverage our brains’ habit-forming tendencies. Tech insiders call it “brain hacking,” and Harris argues that it’s destroying our focus and relationships.

This is a big topic that’s close to all of our lives because most of us are married to our gadgets. I covered it from several angles in my book, What Makes Your Brain Happy and Why You Should Do the Opposite, and I’m refreshing the arguments for a new edition of the book coming out next year. With the 60 Minutes story as backdrop, I want to discuss a few of the angles here.

If app makers have mastered a habit-forming “code” that’s working overtime on our phones to keep us hooked, what brain dynamics are they tapping?

The most overarching of the dynamics, and the one that gives the others context, is what’s known as the brain’s reward system – the electro-chemically charged power grid that neurotransmitters surge through when our brains are doing what they’re structured to do: predict and anticipate rewards.

The term “rewards” is broad in this definition, because anything from learning to speak French to going on a date to laying money down on a blackjack table can amount to a reward.

We’re driven to seek rewards of all sorts; it’s how learning happens, and it’s also how habits are formed. The pro-con nature of the reward system – with the neurotransmitter dopamine driving much of the action – is so central to our lives it’s hard to overestimate its importance. 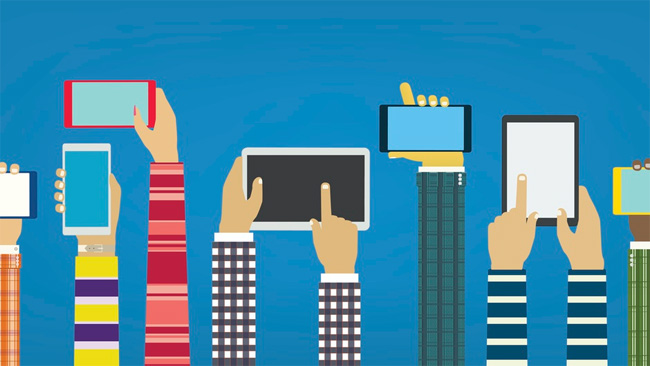 It’s at the core of how our brains interact with the world, whether tangible or virtual (it’s all the same to your brain). And since it’s the system that enables habit formation, both good and bad, it’s also the system that those interested in getting you hooked on anything spend most of their time studying.

(Sidebar: Often in discussions of the reward system, the role of dopamine is mischaracterized, with unfortunate claims like “dopamine is addictive.” That’s wrong for several reasons, not the least of which is that without dopamine we wouldn’t have a reward system, nor would we learn, thrive, reproduce or live.

In combination with other chemicals, dopamine is the high-octane fuel that addictions use, just as it’s the fuel that beneficial habits use; goes both ways.)

The reward system operates via anticipation of rewards, which makes the period between thinking of a reward and receiving it very critical. Manipulating that period is a key to engaging app design.

The ongoing series of intermittent, variable rewards that smartphones serve up are tantalizing to the brain because they so effectively leverage this dynamic. We’re forever anticipating the next little reward, and then the next and the next. Our attention is captivated by the anticipation of rewards.

What really charges this up is the meta-anticipation of hidden gems of rewards coming into the mix. For every 50 or so texts, Facebook posts, Instagram pictures or whatever, just a few are going to really deliver the goods. We’re neurochemically trained to drill down and down for these rewards, through however much mediocrity and nonsense is in the way. 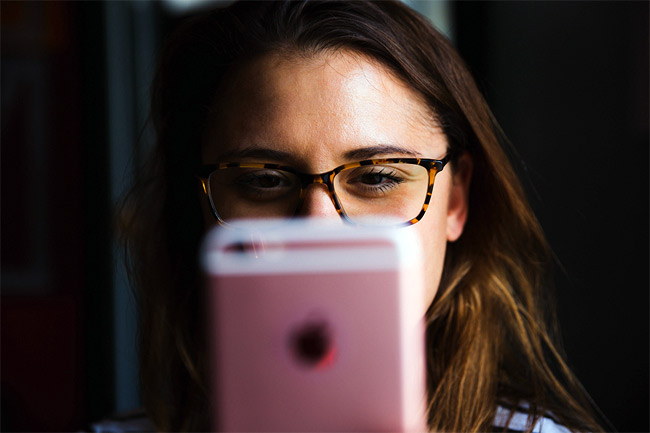 To elicit more rewards, we contribute to the reward stream by making our own posts and waiting for a response. Every time we post something, we’re starting an anticipation stopwatch that works on the same principle. The jolt might even be more profound because it’s coming from a reward process we initiated, and that’s a brain boost with few equals.

And what’s fueling all of this compulsive reward anticipation?

There’s a debate about which model best describes why we get hooked on technologies. Some think the addiction model fits best, but the problem with that argument is that addictions operate with a distinct pleasure principle. Someone starts using a drug to get the euphoria or other sensations at the other end, whether for pain relief or otherwise.

Over time the drug can’t deliver the same way, so more and more is taken to get the effect. Same for behavioral addictions like gambling – the gambler wants the high that comes from taking the risk, but the risk has to get bigger over time to deliver the same feeling. 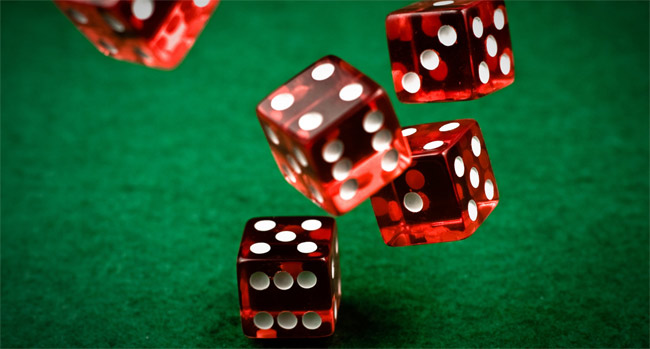 What seems to better fit compulsive technology use is the anxiety model.  It’s not purely a desire for pleasure, but a response to heightened stress and anxiety that keeps us clicking. We’re not talking about overt, panic-level anxiety; anxiety is insidious precisely because it’s usually not overt, but more like a charged hum in the background that seeps into our thoughts and influences our actions.

Often we react to it without consciously thinking through why. Smartphones, it turns out, are short-term anxiety elixirs.

Research on the topic backs up that argument, showing that compulsive smartphone use is tied closely to anxiety, even more so for those with forms of anxiety disorder, which happens to be an enormous and growing segment of the population. The same conclusions have been reached by research on problematic internet use in general: anxiety is a potent precursor.

One component of that anxiety is that we don’t like being alone with our thoughts. Begley discusses a study that I’ve also covered here, showing how for many people receiving a mild electric shock is preferable to doing nothing in a room for 15 minutes.

That makes sense when you consider how our smartphones now fill all of the empty time slots in our days, times we’d otherwise be alone to think. 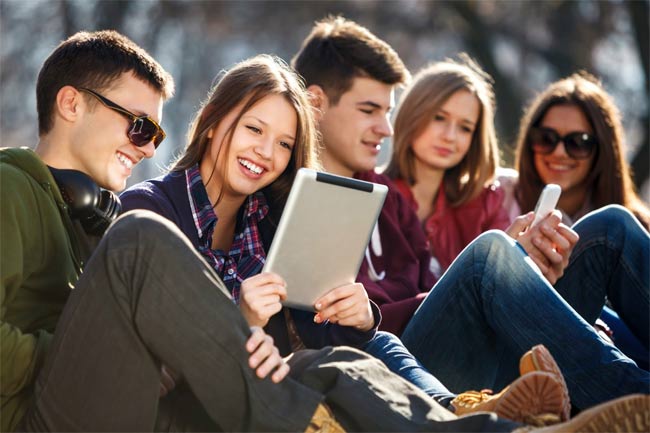 The technology fills the empty space available, and then creeps into spaces already filled with things like conversations with people in front of us. (The 60 Minutes episode also pointed out that our phones seem to directly contribute to our anxiety over time by triggering spikes in the stress hormone cortisol.)

Compounding that anxiety, and fueling it along the way, is the constant fear that we’ll miss the important rewards. While the term “FOMO” (Fear of Missing Out) may have started as Urban Dictionary slang, it’s an on-the-mark description of a key brain dynamic.

When you combine that sense of loss with anxiety, you have the sensation that comes from feeling disconnected, and it really is a form of withdrawal.

Here again we have to be careful with definitions, because withdrawal is mostly associated with the addiction model. In the anxiety model, we’re struck by more and stronger anxiety from feeling disconnected via the digital conduit that keeps us tethered to the world.

It’s not the same as addiction withdrawal (especially from chemical addictions), but there are similar elements. When the brain has engaged and established a habit that alleviates anxiety, and that habit is disrupted, then the predictable result is even more anxiety.

Does anyone want to feel that?  No, so the urge to keep our smartphones nearby at all times is a hedge against feeling anything like it. 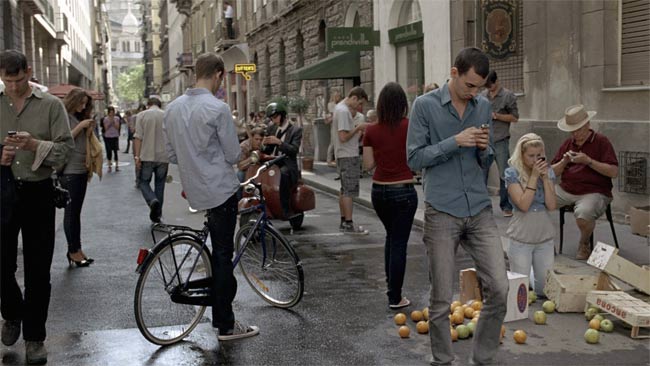 This is a complex story, of course, as all brain stories are, but the dynamics we just walked through constitute much of the drama. Knowing all of this, you can see why those with a vested interest in keeping us hooked pay close attention to how these dynamics can be manipulated.

For an app to break through and grab us – to become part of our personal habit matrix–it must leverage all of these dynamics tied to the brain’s reward system. The most successful of those apps are designed so well, the effects are seamless.

Is this all the same as saying we’re “addicted” to our smartphones? I’d argue no, for the reasons discussed, but there’s no question that we’ve developed an ever-more compulsive habit of using them to counterbalance stress and anxiety, which are only getting more intense in our pressure-keg culture.

It’s the perfect storm of technology and need fulfillment, and geeks are all carrying around the proof in their pockets.