Why I stopped using  Google

Not that I ever trusted Google, but this is the final straw. I’m now using DuckDuckGo

Google Refuses To Provide Any Evidence To Justify Blacklisting Of Natural News: Webmaster Guidelines A “Black Box Of Total Bullshit”

We’re now five days into Google’s total blacklisting ban of the entire NaturalNews.com website, and Google still won’t provide us with any real evidence of why we’ve been banned. 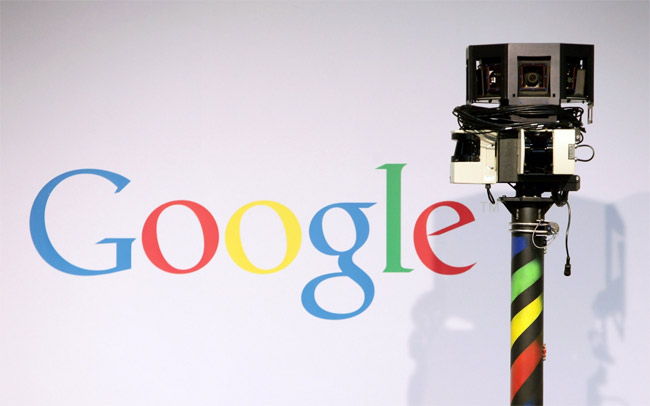 Related: After blacklisting Natural News, Google takes NO such action against HuffPo, BuzzFeed, Forbes and CNN for writers selling outbound links in violation of webmaster guidelines

According to a webmaster tools interface from Google, we’ve been flagged for a “Manual Action” by Google, which means a human being made a decision to blacklist the entire Natural News website.

The issue Google claims Natural News has violated is called a “sneaky mobile redirect” which Google describes as “Some pages on this site appear to be redirecting users on a mobile device to other content not made available to a search engine crawler.”

Yet Google refuses to tell us what script they claim is causing this or even what pages they claim are behaving this way. Even more astonishingly, there isn’t a single person in the entire Google Products Webmaster Forum who can reproduce this behavior.

No One Can Reproduce it, and Google Refuses to Explain Why

Nobody on the planet can find a single example, in other words, of Natural News pages engaging in “sneaky mobile redirect” behavior.

In essence, unless and until Google provides any real evidence of the “violations” committed by Natural News, reasonable people can only conclude this entire issue is being completely fabricated by Google.

Yet, to our astonishment, Google and its sycophant worshipers in the forum keep telling Natural News, essentially, that “we know” the issue but we’re refusing to resolve it for some reason.

Related: How The CIA Made Google

Not only are they blacklisting our entire website, they’re also calling us liars in a public forum, all while refusing to tell us what issue needs to be “fixed.” First they blacklist you, then their cult followers call you a liar and defame you, then they call YOU the conspiracy theorist. This is how Google and its ecosystem of techno-fascists operates. It’s sick, demented and predatory.

When we asked Google’s technical guru in the forum what the issue was, he refused to tell us. The message from Google is, essentially, “You’re GUILTY, but we can’t tell you why, and we won’t show you the evidence.” It turns out no one else can find the evidence, either.

In a post in the Google forums (link below) entitled “Google about to witness an exodus of fed-up lovers of freedom and life,” Daniel Dale asks:

We appreciate your services, but you are most definitely not irreplaceable.

Thank you, and we hope to soon hear of a reversal of this ridiculous and highly inappropriate action.  This kind of activity it is communistic and reeks of 1984/big brother.”

Google to Natural News: You’re Guilty, But We Refuse to Tell You Why… Good Luck Figuring it Out!

With this unjustified blacklisting of the entire Natural News website, Google has become a monopolistic, tyrannical regime that can essentially charge every webmaster with a “crime,” banish your entire website without warning, refuse to tell you what you’re “charged” with, refuse to provide any “evidence” against you, refuse to provide you with any meaningful channel for recourse and refuse to even describe their own process for how they claim they’ve flagged your website for something.

There’s not even any tool available for a webmaster to reproduce the issue they claim to be citing. It’s all a “black box” that Google refuses to explain or reveal.

To date, Google has provided Natural News with a grand total of ONE URL which they claim somehow violates their guidelines. That URL, in case you’re curious and want to look at the source code, is here. 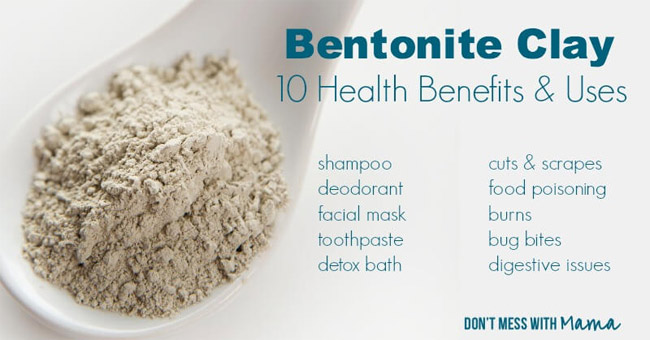 For the record, this page used to have a third party ad which was included by the author. Because we originally thought perhaps that third party ad might have been the issue Google didn’t like, we removed days ago.

But Google has not restored Natural News in its index, indicating that Google is still not satisfied in some way… but they refuse to tell us what, how or why.

Part of Google’s official murky explanation on all this is the claim that “Sneaky mobile redirects can be extremely frustrating to users.” But as Matt S.J. posts in response, calling out Google’s insane censoring of Natural News:

Natural News isn’t the one being “sneaky” in all this… it’s Google!

Nobody in the Entire Google Products Webmaster Forum Can Find the Answer, Either

Here’s the message I posted to the Google Products Webmaster Forum, which by the way is infested with some of the most vile Google sycophants imaginable. There’s an entire CULT of “Google suck-ups” who bow down to Google like a King, afraid to ask real questions or demand real answers from Google. 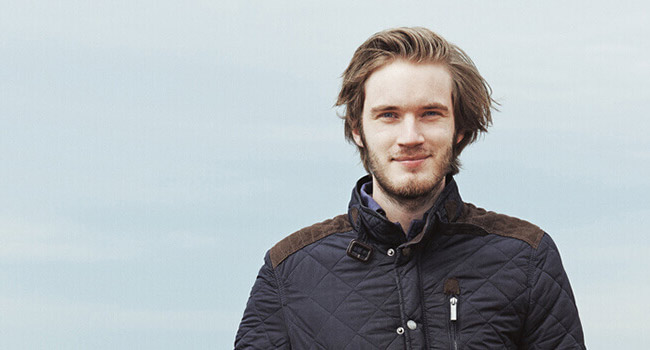 It’s like a quivering cult of pathetic snowflakes who are all so afraid of being penalized by Google that they dare not speak the truth about anything. STUNNING…

(And yet there are also a few rational people in the forum who are also defending Natural News and asking reasonable questions about all this, to their credit. Everyone is baffled as to why NaturalNews.com would be singled out in all this…)

Here’s a carbon copy of what I posted in the forum. Notably, as of this writing there has not been a single answer from Google or anyone else that resolves the very simple questions I’ve posed here. See the entire forum discussion at this link, including Google’s empty responses and the vile haters who ridicule natural medicine and hate Natural News.

Any assertion here that implies we already know what code is offending Google but “refuse to remove it” is flatly false. We have already removed the third party ad code from the old pages of our blogs. subdomain which we were led to believe was what Google flagged, yet now JohnMu appears to be saying that this is not sufficient in some way (but he won’t email us directly with any further details).

What we are dealing with here is a situation where Google has delisted 10+ years of our content without warning, has not told us what code flagged such action, has not given any more than a single URL, has not provided any tool by which webmasters could audit their sites to reproduce whatever Google is flagging, yet still implies that we should somehow know what offending code is being used to justify the extremely heavy handed action that Google is taking against our entire domain (root + subdomains).

At the same time, as we’ve clearly established in our articles on NaturalNews.com, other prominent news sites that appears to be engaged in violation behavior are not being subjected to the same heavy-handed delisting that Google selectively applied to Natural News.

I dare say that ANY webmaster experiencing this catch-22 situation of Google saying “we are turning off your entire website but won’t tell you why and good luck finding the problem yourself” would be extremely frustrated, if not downright angry.

I have emailed JohnMu multiple times and simply asked for further details on what Google is flagging and how we can comply. I have not received a reply so far. I’ve had multiple site code analysts and SEO analysts also tell me that cannot determine what else would possibly justify Google delisting the entire domain.

Thousands of observers have also poured through page source code and have found only very minor issues but nothing that would explain this action by Google.

My simple assertion to Google is this: Why not simply TELL US (privately, if you wish) what issue is flagging this? JohnMu has my direct email. We will gladly comply, but we cannot comply with a mysterious, unknown, black box requirement that is not identified.

Every rational person should agree that Google has placed us in a Catch-22 situation, essentially saying, “Your entire website is blacklisted, but we won’t tell you why.” It seems absurd, especially given that we have consistently acted in good faith to attempt to resolve whatever issues Google has identified.

There is not a shred of evidence of any willful, malicious, large scale violation of webmaster guidelines anywhere on our site. No one has even alleged that.

I’ve read this entire thread, and I would ask each rational person here, regardless of whether you are pro-NN or anti-NN, wouldn’t you agree that Google should at least give us an opportunity to address the issue they don’t like before de-listing the entire website?

This even even more true given that NN has never engaged in any sort of black hat SEO tactics or deliberate tricks of any kind, as is clearly evidenced by all the source code cache going back for many years.

As user webatronics has said here:

From JohnMu: “Just because the same code snippet was found, doesn’t mean the same behavior was shown (the logic isn’t in the code snippet embedded on the page).”

If that’s the case, then what tests are being used to determine the existence of the offending behavior on a page if the logic isn’t in the code snippet?

Are these automated tests and who interprets the results?

How often are such tests performed on web site?

Are there tools available that webmasters can use to crawl their own site to determine in advance that they have a problem?

Finally, if anyone in this thread would be kind enough to actually identify what Google finds offensive, we would not only be grateful; we would immediately take steps to resolve the issue.

But frankly, until Google does the rational thing and steps up by identifying the “sneaky offending” code, I’m sticking with my position that we are being selectively targeted by Google for extreme censorship, and it is Google that is being SNEAKY about all this. It’s like we are being charged with a crime but you have no right to know what the charge is, nor defend against it, nor even see the evidence against you.

The whole thing is absurd and wildly dishonest on Google’s part, in my opinion.

I haven’t heard from a single person who can even reproduce the so-called “sneaky mobile redirect” Google is even talking about? Has ANYONE reproduced it?

To date, there still is no reply from Google, no naming of the supposed “violation,” and to my knowledge there isn’t a single person who has been able to reproduce this “sneaky mobile redirects” issue on any NaturalNews.com web page.

In other words, Google’s webmaster guidelines system is a black box of total bullshit.

I’m calling bulls##t on Google. I think it’s pretty obvious to every intelligent person at this point they made all this up as an excuse to blacklist Natural News, and now they can’t even provide even a single shred of “evidence” against us.

So my demand to Google is simple: Either show us the “evidence” you claim Natural News violated, or restore NaturalNews.com and issue a public apology for targeting us without cause.

Even better, improve your “Manual Actions” communications policies so that webmasters that you claim are in “violation” can determine what issue is being flagged. This ridiculous narrative of “you’re in violation but we won’t tell you why” is really just an excuse for Google to censor whatever websites it doesn’t like.

Join the revolt against Google. #BoycottGoogle and sign the White House petition now. Share this story everywhere, since nobody can find it on Google, obviously.

From: Wake Up NZ