Key said he would vote for his deputy prime minister, Bill English,  after his announcement that he was quitting. The Cabal is falling and Key was another casualty… 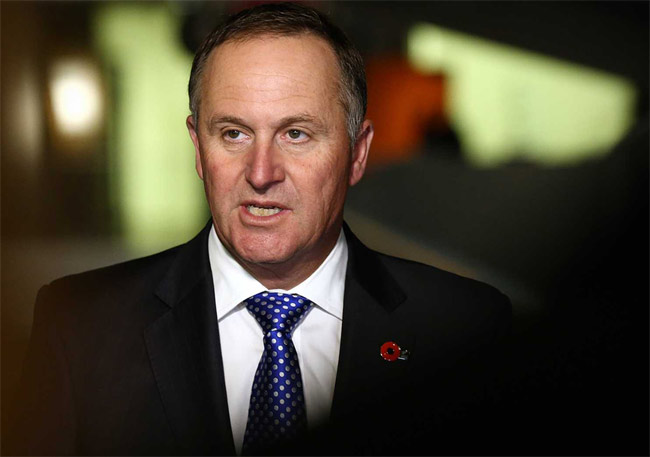 John Key, the New Zealand prime minister and leader of the National party, has resigned in a decision that has taken the country by surprise.

Warning: Brace yourself for the horrific backslapping of Cabal minions… Wake up Rebecca.

Key held a media conference in Wellington at 12.45pm local time, after informing the cabinet of his decision.

His resignation will be effective from 12 December, when National MPs will meet to select a new leader.

Key said he would vote for his deputy prime minister, Bill English, if he put his name forward. English briefly led the party to its worst-ever electoral defeat in the 2002 election, but has since served as a successful finance minister.

Key is widely regarded as one of the most popular prime ministers in New Zealand’s history. He was first elected in 2008, and recently marked his 10-year anniversary as leader of the National party.

He said stepping down was the hardest decision he had ever had to make, but there was “no way” he could have served a full fourth term.

This felt like the right time to go, he told reporters; 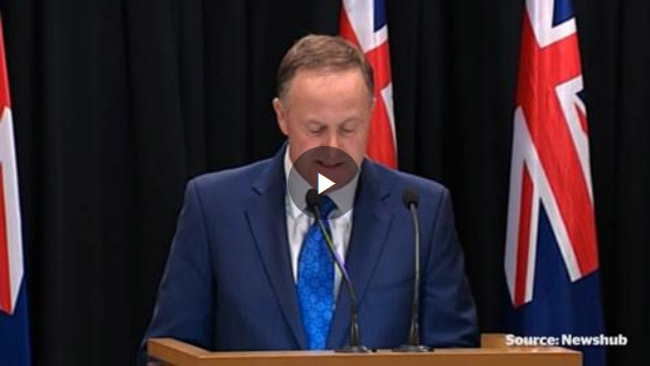 His children, Max and Stephie, had suffered an “extraordinary level of intrusion” along with the opportunities that came with being New Zealand’s “first family”. 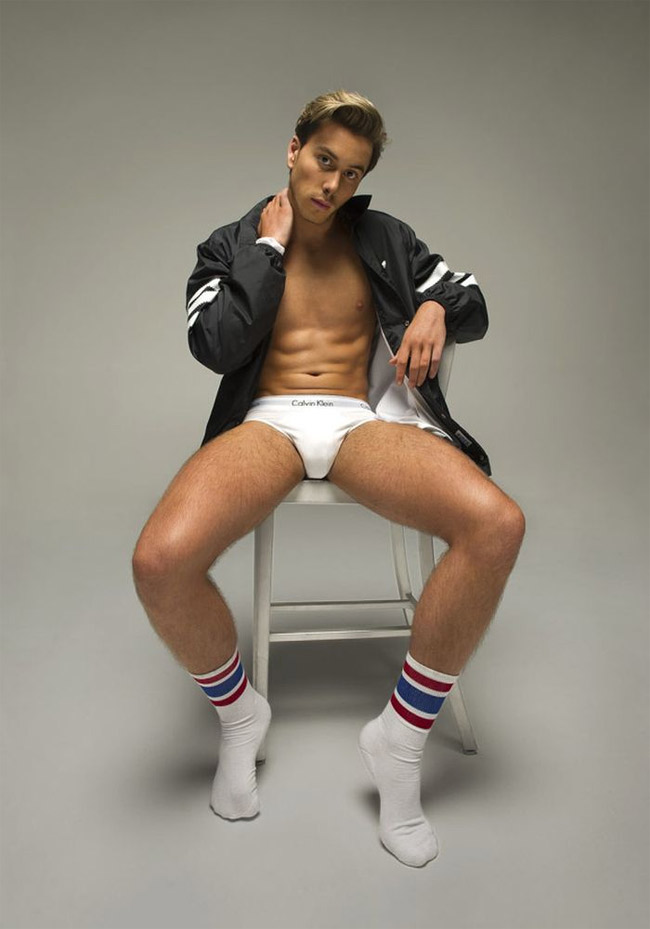 In the past year, Key has had to answer to questions about his son’s burgeoning career as a DJ and social media personality. Spending more time with his family was a major factor in his decision to stand down, he said.

Key said he believed the mark of a good prime minister was one who left the country “in better shape than they found it”.

One of his regrets was not getting the Trans-Pacific Partnership “over the line”, as well as his failed bid to change the flag.

He said he considered his economic management of the country as a mark of success, even though New Zealand had weathered some crises during his government, including the Canterbury earthquake and the Pike River mining disaster. “Very few countries are in the financial position we’re in.”

But Winston Peters, the leader of the New Zealand First party, said Key had consistently misled the public about the state of the economy, and his resignation showed he was “unable to muddy the waters anymore”.

Key said he would remain in parliament long enough to avoid a byelection, but would step down as an MP before the next election. He said he stood down “hoping and believing New Zealand had been well served by the government I led”. 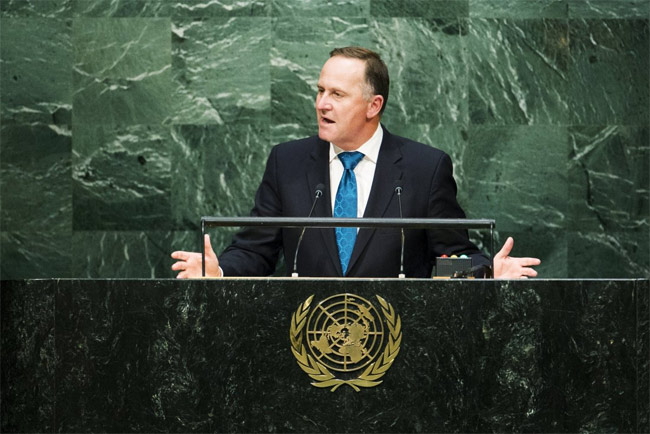 Comment: Key was warned to get the hell out by John Kerry (on his recent visit when he was also declined access to a secret facility in Antarctica) because the Cabal is going down and Key is fairly well up on the arrest list.

The reason for his placement at #4 is not clear, perhaps because of his bankster history. We are told that in the #1 spot is George Soros, followed by Hillary Clinton in the #2 spot. Interesting times indeed.

He plans to remain in Auckland after leaving politics, and enter the commercial sector.

English, who has Key’s backing to replace him, praised the prime minister’s “intelligence, optimism and integrity” and said he would be “judged by history as one of New Zealand’s greatest leaders”. He said the National caucus would “now consider the implications of the prime minister’s decision”, and that Key “left behind a united team with plenty of talent”.

He told reporters at a press conference that he learned from Key he was considering leaving in September. English had not yet decided whether to stand for leadership, but would not rule it out. 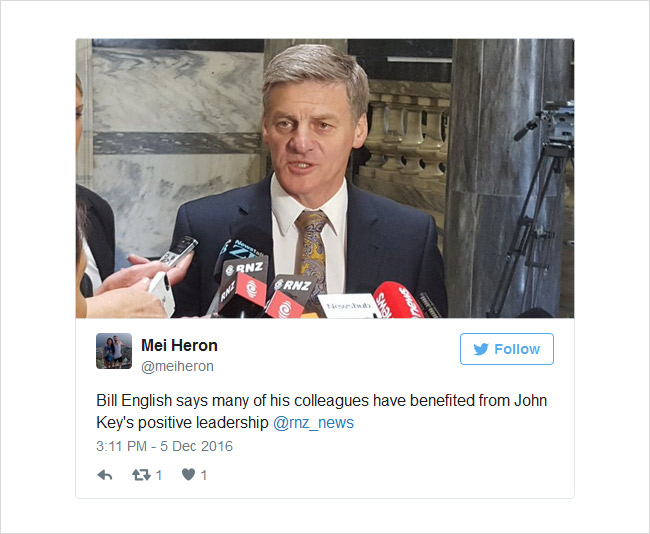 English pointed out that the caucus had only known about Key’s resignation “for a few hours”.

The leader of the Labour party, Andrew Little, and the Green party co-leader, Metiria Turei, both wished Key well for the future on Twitter. 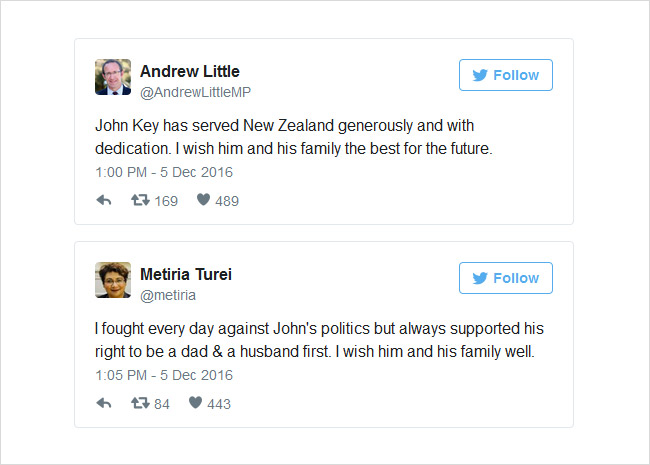 Australia’s prime minister, Malcolm Turnbull, said he was disappointed to hear from his “very good friend” that he was resigning.

Turnbull’s “only consolation”, he said, was that Key’s resignation meant he might see more of him. 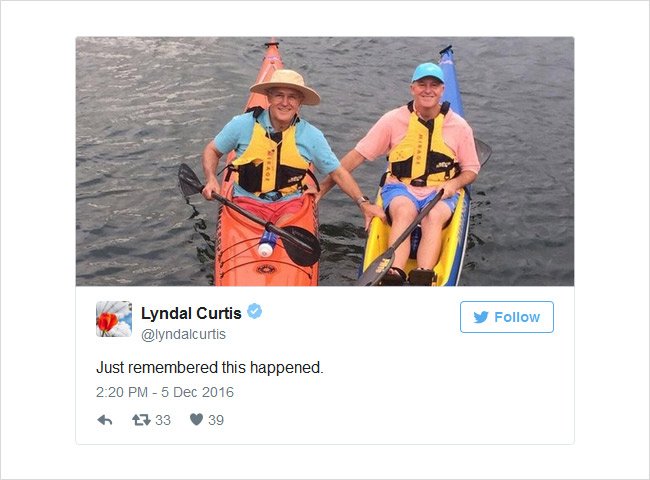 Related: New Zealand Troops To Stay In Iraq For Another 18 months: John Key

When Turnbull ousted Tony Abbott in September last year, he singled out Key’s leadership as an inspiration.

Australia’s opposition leader, Bill Shorten, said Key had been “a good friend to Australia” and wished him well. 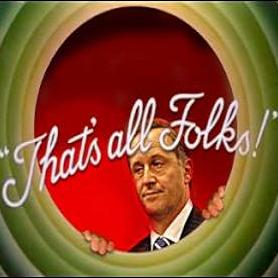 A Nation exhaled a huge sigh of relief yesterday as one of the most dishonest, lying Prime Ministers ever forced upon us by the foreign bankers exited stage left.

Social media is of course alive with speculation as to why our third Jewish Prime Minister, fascist and foreign bank hitman, John Key has resigned – was it the numerous pedophile scandals? The cover up of mass murder at Pike River? The sudden death of his girlfriend Sarah Higgins? The cover up of the bribery of Saudi Businessmen for his handlers? The massive accounting fraud involved in the recent “surplus” which Roger Douglas claims should be a $10 billion deficit? His Housing Minister fighting child abuse ring allegations? The evidence of advanced knowledge of all of the earthquakes that are enriching the Chief Justice and her husband Hugh Fletcher? Or perhaps even karma catching up on the lying little rat on the deaths and suicides of hundreds of young Kiwis due to his ‘legal’ highs? Or the hundreds of Kiwi farmers who have had to sell up or even committed suicide under the fascist Fonterra/ Foreign Bank debt scams. Or the karma of the meth industry he has clearly allowed to thrive using his casino and Chinese mafia partners? The karma of the 10’s of thousands of young Kiwis this rat has forced out of the housing market? Or the 10’s of thousands of young Kiwis this rat has forced into zero hour contracts and hopeless minimum wage jobs for his foreign corporate handlers? Or perhaps the ghosts of the dead bodies showing up in the Waikato river almost every week these days? Or the ghosts of the new homeless who froze to death on the streets over winter? Or possibly something more sinister, like his perverted little son coming up on charges and name suppression for his recent public sexual harassment perhaps? Or maybe there are just no more little girls ponytails left to fondle without too much publicity? Nothing would surprise us here at Media Whores.

Maybe more information will come to light – but in the meantime, a Nation breathes a sigh of relief as it rids itself of this lying little rat.

The battle will go on however as the foreign bankers will seek to replace one lying rat with a new lying rat who will also be loyal to the Israeli agenda of bankrupting and destroying the West for their digital New World Order run from the Middle East. Our young men will continue to be lied to about 911 and sent to the Middle East to carry out genocide for the fake ‘God’ of the fake  ‘Chosen People’. The accounting fraud will continue on pensions as these rats who are bribed into posing as ‘leaders’ march on for the foreign banker globalist agenda. The unrestrained immigration fraud – an open door policy which has never been voted on (fascism) – will continue, forcing long suffering Kiwi workers to fund billions in extra welfare spending for new arrivals we don’t even need, creating housing, roading and health industry problems.

The John Key Foreign Bank Holocaust is over for now – with thousands of dead Kiwis left in his wake – all painted up and disguised as “economic policy” under a fake fraudulent / privately owned banking system which counterfeits money on computer screens and lends it out as debt with interest, choosing winners and creating rampant inflation and artificial shortages, causing unnecessary pain, suffering and death for the bankers’ ‘Holy-Cause’ and eugenics based social engineering.

The dishonest little rat has now left the Nation around $130 billion in extra debt to the foreign banks he works for – all of it counterfeit money printed out of thin air – and most of it money the rat is alleged to have profited from via his shares in Bank of America. Kiwis will be paying the interest on this odious debt for generations, despite it being counterfeit / stolen / inflationary money.

The battle will go on as NZ and the west fights for their democracies against the globalist / fascist foreign bankers who are intent on destroying our once great Nations as they cement their new military and digital power base in the Middle East- but today and this week, a Nation of good Kiwis breath a large collective sigh of relief as one of the most corrupt, dishonest bastards ever to be forced upon us exits stage left.

The lying rat will now run off and enjoy the fruits of the money he has earned through his “secret” trusts from helping bankrupt and cripple our Nation, but we live in hope that we will one day see you prosecuted for your treason, war crimes, theft, and mass murder of Kiwis under your Holocaust in NZ.

And the public can be assured that all of the brainwashed and evil twits that are now singing his praises across media and pedotricks are a part of the same private little perverted club of bankers and their artificial money supply. Killing their fellow human beings in their soulless pursuit of selfish material gain.

John Key Reflects on the Holocaust

John Key, the Holocaust and his mother

They lie and they deceive for their ‘God’ $$$$ – the Profit. And the corruption and fraud appears to have reached damn near Biblical levels   http://biblehub.com/revelation/3-9.htm

John Key is a treasonous war criminal in our view and an insult to real Jews around the Planet –  all 12 Tribes, Aeries through Pisces