Key’s True Legacy & The Farce Of His Knighthood

Key’s recent knighthood is a clear illustration and reminder of just how corrupt our government  corporation really is. 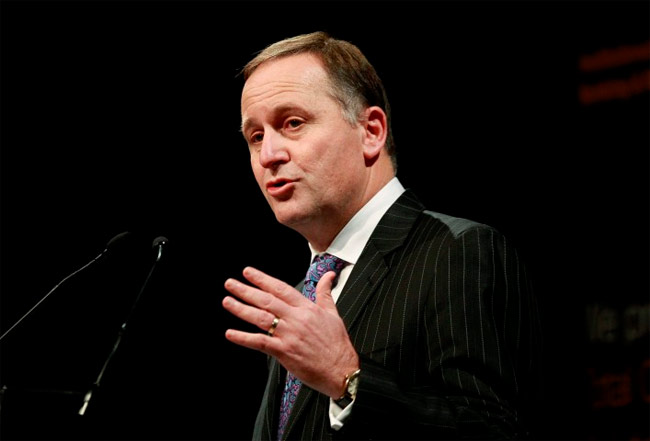 To honour a man under whose watch we’ve descended to 41K homeless, and 3rd highest in child poverty in the world’s developed nations, who is very happy to tax himself & his ilk 2.8% while those in the poverty stats are taxed a whole 28% nearly a third of their income … all makes a hollow farce of the knighthoods in my opinion.

Shame on John Key & shame on the pretend NZ govt (that is really a corporation) that honours such rogues. And if you don’t think Enzed’s corrupt as, read this:

You will find this barrister on facebook, consider connecting with him and finding out more truth on this corrupt nation.

And as for honouring former Mayor Duffy, under whose watch we in the Horowhenua heard whistleblowers telling us how he coerced councillors to vote as ‘expected’, and who displays total disrespect for tangata whenua (see our Local Gov Watch pages / Horowhenua for more info on those issues). Such is the rot now in our once democratic nation. Wake up folks & see what’s really happening.

We were reminded not so long ago by the Greens of Key’s real legacy.

“Your desperate, lumbering, grasping attempt at building a legacy with a flag won’t mask the realities.

Once you may have been a national leader but now you look like just a National Party leader.” Read More of transcript or watch the video. 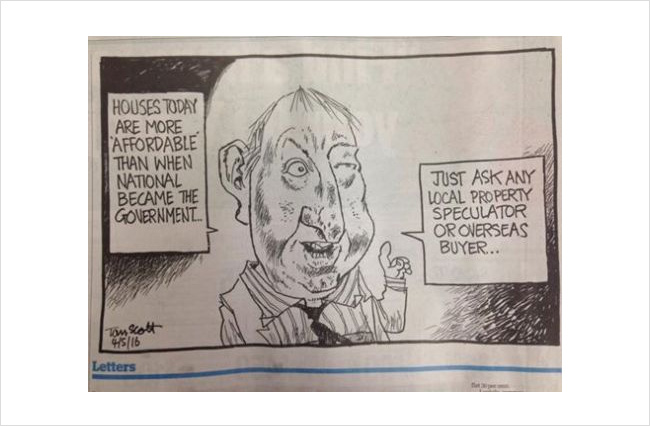 Watch Bruce’s award winning documentary to remind you how this state of affairs developed. No, not the result of lazy parents (those ones who are taxed 28% if they manage to find a job, and another 33% if they should manage to find a second job as many do – while corporations pay almost no tax) it is a faulty neo lib economic set up that never intended for those aforementioned parents to win.

Trickle down is a scam.

Award winning documentary maker Bryan Bruce investigates the failure of Neo-liberal economics in New Zealand and what we could do about it. Mind The Gap won Gold at the 2014 New York International Film and Television Awards.

Finally (and there are actually more issues I haven’t touched on like NZ’s very high suicide rate) – with our 41K homeless, a reminder that in Auckland 33K homes sit empty, owned by people who don’t even live here, while the Nats have been hocking off all the State Homes our predecessors built with blood sweat and tears after the bankers wars they fought in.

The rationale for selling has been to pay off debt, whilst, as Bryan Bruce points out in our article links above, the Housing Corporation was operating at a profit. These people lie to us without even blinking.

So Key has a knighthood that in my opinion means absolutely nothing, in fact it is a damning reflection on the state of our once democratic nation that is now wholly sold out to the banking fraternity that is slowly but surely entwining the entire planet into its plan of global governance aka new world order, aka Agenda 21 / 2030 that really aims to inventory and control all land and resources on the planet.

Thanks to Stop Immigration New Zealand. Population Growth Without Economic Wealth for the following statistics:

500 000 extra people over the last 8 years, not one new hospital and the longest elective surgery wait lists in years.

Between2008-2015 no extra funding for Police. Fewer Police per capita pre-Key to post- Key

36 million dollars taken out of DOC’s budget ( 2015 ) to pay for the costs of Immigration.

More competition for our Fisheries.

More vehicles registered than ever in our history, over an 8 year period.

Enormous congestion problems now encountered in some of the main centres.