Earth has a concealed continent called ‘Zealandia’ hidden in the Pacific Ocean and attached to New Zealand, according to newly published research. 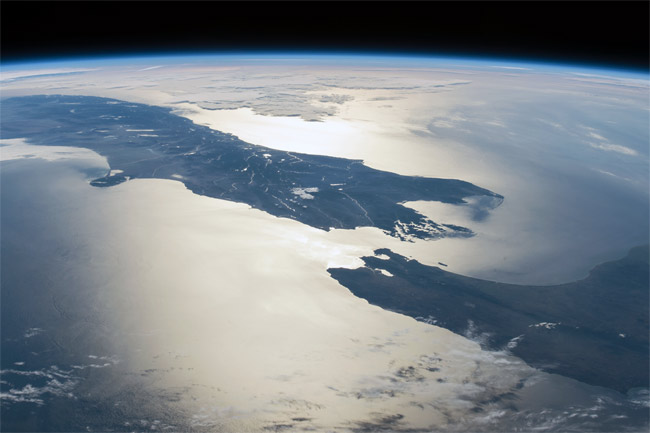 A team of 11 researchers found that New Zealand and New Caledonia are actually part of a huge 4.9 million sq km (1.89 million square-mile) single slab of continental crust that is separate from Australia.

Why All World Maps Are Wrong

The study, published by the Geological Society of America, found that the region is 94 percent submerged, mostly as a result of crustal thinning before the supercontinental break-up, using upgraded satellite-based elevation and gravity map technology. 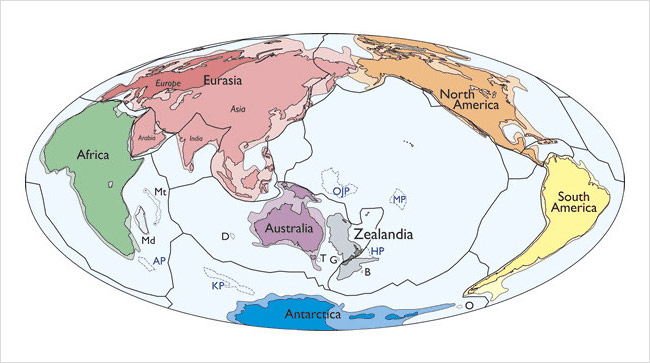 The team says it should be considered a geological continent, rather than the previously-held theory that it was a collection of continental islands and fragments.

As geologists count Europe and Asia as one giant continent called ‘Eurasia’, the new addition of Zealandia brings the total number of official geologic continents to seven. 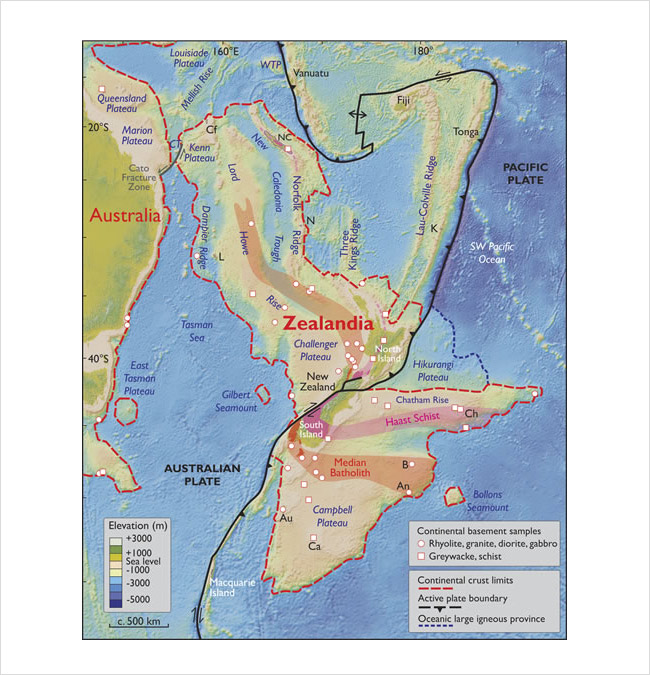 Zealandia’s crust thickness typically ranges from 10 to 30km (six to 19 miles) and is roughly the size of India. It’s believed to have broken off from Antarctica about 100 million years ago, and then again from Australia about 80 million years ago.

Researchers behind the study are calling Zealandia a “realisation” rather than a “discovery”, as New Zealand has been considered a continent in its own right by some experts in the field for years.

Related: Antarctica: All This Fuss Over a Map

Eight Things You Need To Know About Zealandia, Our Brand New Continent

Zealandia is the term for a massive landmass submerged in the southwest Pacific. The most recognisable part of it is New Zealand, but the landmass is also home to a group of isolated islands. 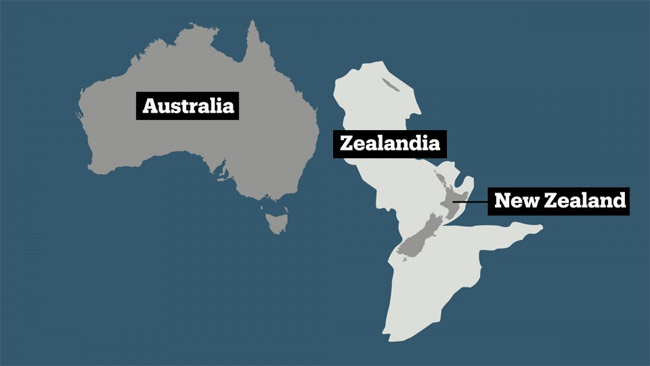 Those islands have never been regarded as part of the Australian continent.

Instead, they might form part of an eighth, new continent.

1. Zealandia is a term coined by geophysicist Bruce Luyendyk in 1995.

He proposed it as a collective name for the New Zealand islands of Chatham Rise, Campbell Plateau, and Lord Howe Rise.

It’s been considered a continental crust or a continental fragment, which means that it shows the characteristics of a landmass, such as having a diverse type of rocks.

2. A new discovery may have just changed the number of continents.

In a study published in the Geological Society of America’s Journal, scientists argue that Zealandia is a proper continent, although most of it is submerged below the current sea level. 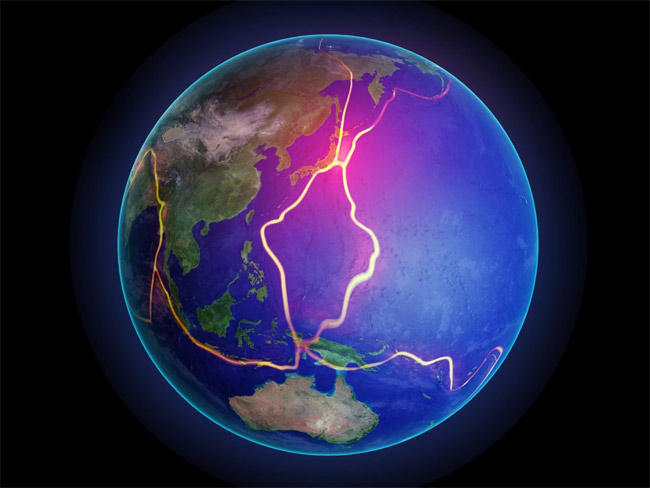 3. It’s a plate unto itself

Despite its reputation as the smaller neighbour of Australia, New Zealand is still some 2500 km away.

On the other hand, Zealandia as a whole is close – but not joined – to the continent of Australia. Zealandia’s westernmost point is a few hundred kilometres away from Queensland, Australia.

4. Why call it a continent?

The scientists argue that their decision to call Zealandia a continent is supported by evidence regarding its elevation, geology, crustal structure, and limits and area.

The study says there are four criteria that a land mass needs to fit before it’s called a continent.

These are: (1) high elevation relative to regions floored by oceanic crust; (2) a broad range of siliceous igneous, metamorphic, and sedimentary rocks; (3) thicker crust and lower seismic velocity structure than oceanic crustal regions; and (4) well-defined limits around a large enough area to be considered a continent rather than a microcontinent or continental fragment.

Zealandia meets the first three criteria, the authors argue, and it has well-defined limits of a large land mass of 4.9 million sq. km. It therefore merits the label of continent. 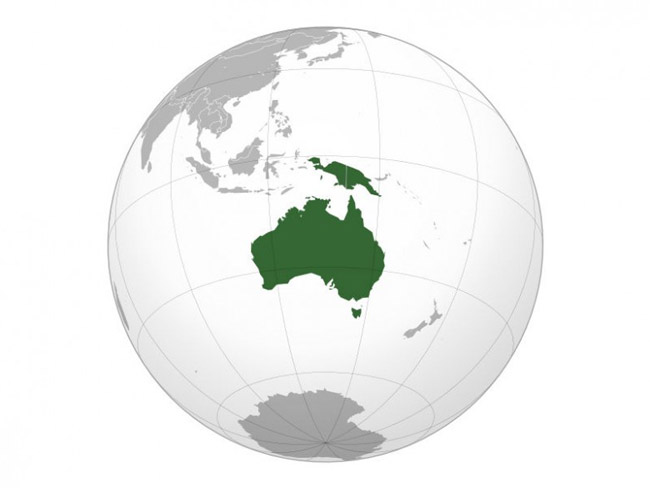 The Australian continent doesn’t include New Zealand or New Caledonia

5. It would be the smallest continent on earth

The total area that Zealandia covers is 4.9 million sq. km. That’s half the size of the US or Canada, and more than half of Australia. Despite that, if it’s recognised as such, Zealandia will be the world’s smallest continent.

However, Nick Mortimer, the principal author of the study, says there is no official body that can declare Zealandia a continent. It’s up to scientists and future studies to make the idea mainstream.

6. 94 percent of Zealandia is underwater

7. The new label may not have any impact on foreign policy…

Although New Zealand is part of Zealandia, recognising it as a continent won’t mean that the country has a shot at new territorial claims, as maritime borders were agreed upon a long time ago.

8. …but it does count for scientists

“The scientific value of classifying Zealandia as a continent is much more than just an extra name on a list,” researchers said. “That a continent can be so submerged yet unfragmented” makes it useful for “exploring the cohesion and breakup of continental crust.”