I HAD TO GET MY SORRY ARSE OFF INSTAGRAM

People sometimes wonder why so many people quit using Steemit. I think a big reason is because they start out full of hope, and they are looking for the next big thing. But after a while they realise that Steemit is another big work in progress with a bunch of things that need fixing. So like everything, it’s far from perfect. I can’t fully explain why, but for some reason I’ve always had a soft spot for Steemit, ever since I started using it in 2016.

A few years ago I quit using fakebook because I loathed it. But being into photos, I still used Instagram and  used to think it was pretty cool. But it was owned by fakebook and once I woke up and stopped using  fakebook, I had to quit Instagram as well. They had recently changed the feed and instead of being chronological it became an order determined by them, so I quit using it that day – bugger that for a joke.

In April 2012, Facebook acquired Instagram for US$1 billion. As of October 2015, over 40 billion photos had been uploaded to the service. Although praised for its influence, Instagram has been the subject of criticism, most notably for policy and interface changes, and allegations of censorship. 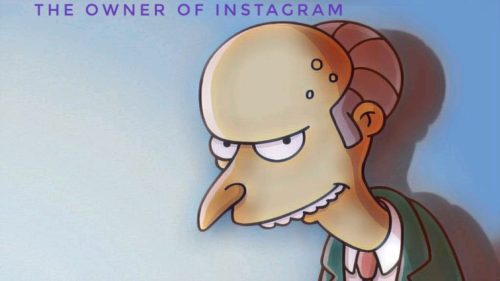 This is my parting message that heads of my Instagram page to this day:

“Thanks for all the fish. Instagram censorship and photo ownership has moved me along to Steemit – I don’t play on anything owned by fakebook…” 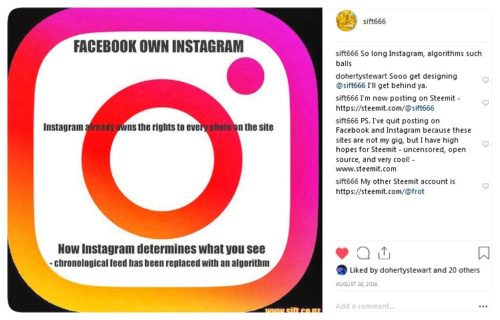 Back in the old days I used to post lots of groovy little square photos.