New research published in The Lancet by researchers from the Harvard School of Public Health (HSPH) and the Icahn School of Medicine at Mount Sinai (ISMMS) found that various chemicals that many children are exposed to are having a direct effect on the creation of disorders labelled under the name ADHD as well as other mental disorders. One of the chemicals said to be having an effect is fluoride, or variations of fluoride. Governments have been performing artificial fluoridation for a number of years regardless of the lack of effectiveness it has in preventing tooth decay.

The research began in a study published in 2006 which initially looked at the effects of various industrial chemicals on neuro-development.[1] The research continued with an analysis of more industrial chemicals including fluoride. 27 additional studies, including one that linked fluoride to the lowering of IQ in children, clearly illustrated the fact that fluoride is detrimental to brain development and can lead to autism spectrum disorders and other mental issues. The issue is being coined “a silent epidemic” and most health authorities continue to turn a blind eye to the issue.

The two main researchers involved in the study, Philippe Grandjean from HSPH and Philip Landrigan, both agree that the reason for the increase in incidences of chemical-related neuro-developmental disorders is due to the increasing number of untested chemicals that are being approved without proper testing. The public is also not fully being told of the dangers which is causing many to perform independent research to find out the true effects. The issue is not just in water fluoridation, but also in the vaccination of our children.

“Since 2006, the number of chemicals known to damage the human brain more generally, but that are not regulated to protect children’s health, had increased from 202 to 214,” writes Julia Medew for The Sydney Morning Herald. “The pair said this could be the tip of the iceberg because the vast majority of the more than 80,000 industrial chemicals widely used in the United States have never been tested for their toxic effects on the developing fetus or child.”

The fact is, fluoride is a known developmental neurotoxin and practices of water fluoridation have long been proven to be ineffective. If individuals choose to use fluoridated tooth paste or choose fluoride treatments at their dental office, that is acceptable but two things should happen:

1. People should be taught about the harmful effects of fluoride and the damage it can cause to your teeth and your body.

2. Water fluoridation should be stopped everywhere immediately as it is nothing more than a legal way for chemical companies to get rid of toxic waste while profiting.

Fluoride accumulates in the body over time, so even though the amounts being ingested might be small each time, it builds up over years and can cause serious health issues. Research has found that fluoride affects normal endocrine function, causes kidney disease, bone weakness, dental fluorosis, cancer, lowering of IQ, calcification of the pineal gland, arthritis, immune deficiencies, skeletal fluorosis and much more.

“The problem is international in scope, and the solution must therefore also be international,” stated Grandjean in a press release, calling for improved regulatory standards for common chemicals. “We have the methods in place to test industrial chemicals for harmful effects on children’s brain development — now is the time to make that testing mandatory.” 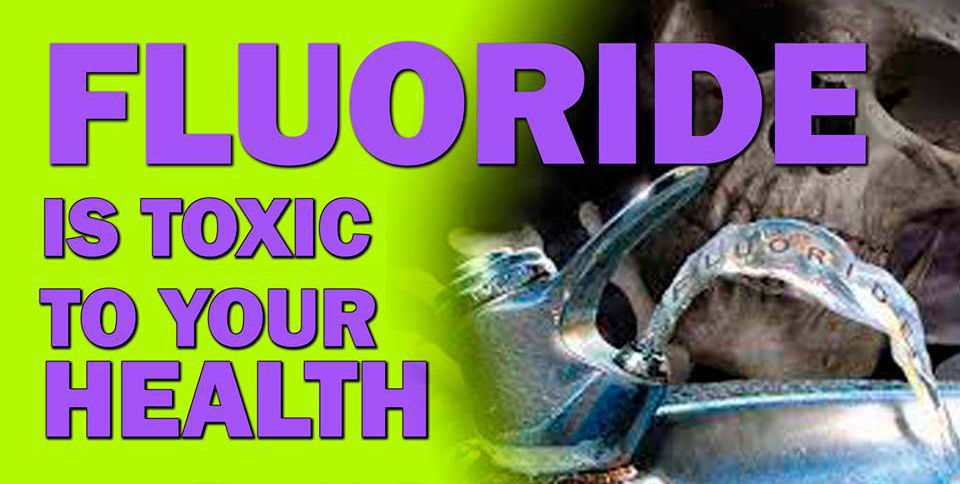