The Eradication Of Natural Alternatives: Big Pharma Wants To Eliminate The Competition

Everyone has the simple desire to find happiness within themselves – to find a state of well-being that can be carried throughout their lives. Sara is no different. Sara is a teacher who struggles with mental conditions for which she has been prescribed a bevy of medications. 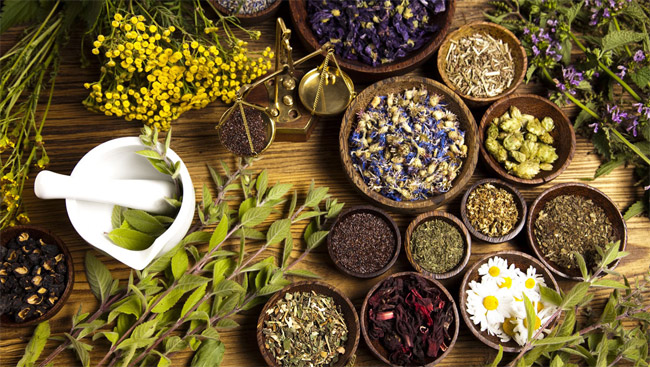 Over the years she has struggled, as most in her situation have, with addiction and the unbearable side-effects of her FDA-approved “safe” medications.

Her absolute passion in this life is for the children whom she molds and develops with an unrivaled dedication. As she began to grapple further with the unexpected effects and growing addiction to her medications, she began to see it affecting her ability to be present in her responsibilities, while also stealing her creativity that she so greatly treasured.

So when she discovered kratom, which successfully replaced not one, but all of her medications, with zero side-effects, she thanked God for providing this miracle and natural alternative.

In a time when much of what Westerners thought they knew about themselves and their health has begun to prove unfounded, the ever-present natural and homeopathic alternatives are once again gathering attention.

Due largely in part to the continual effort of the pharmaceutical industry, many are unaware that the majority of natural alternatives to the overwhelming amount of different pharmaceutical medications are not only very effective, but in many cases, a far better option.

To some this might seem a fantastical claim, yet that is exactly what people have been conditioned to think. 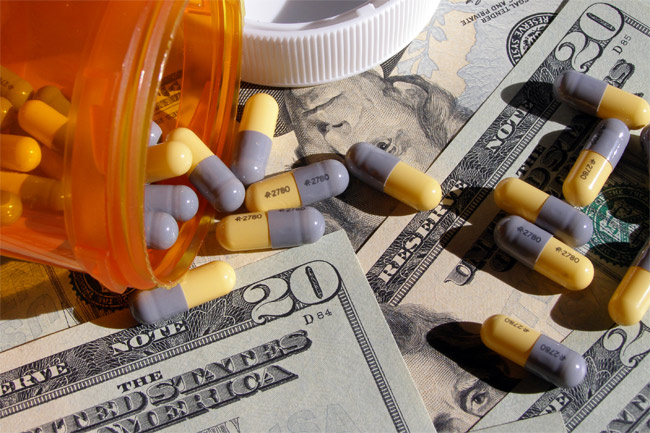 Big Pharma has been caught in kickback schemes, exposed for bribery, fraud, and price-fixing, and has made it quite clear to the American people that their primary concern is not the health of the nation, but their own bottom line. Yet the pharmaceutical giants march on, increasing their profit with every passing year.

To think that this or any other company would not attempt to stomp out competition that threatened to rival their products is just naïve. This is seen in business every day.

Yet people seem to cast Big Pharma in a light of righteousness, as if they are some benevolent caregiver providing the country with loving healthcare; as if they are somehow exempt from the cutthroat nature of big business simply because their efforts are incorrectly seen as a public service, even though Big Pharma is not concerned with anything above and beyond its own profits.

What is being witnessed is an all-out assault on any possible natural alternative to Big Pharma medications; and currently in their crosshairs, being heralded as a miracle drug, is the natural root extract kratom.

Just as the nation is witnessing with cannabis, the pharmaceutical industry is beginning to wage war against this natural substance because it threatens to expose the simple fact that natural remedies actually work; and work well. 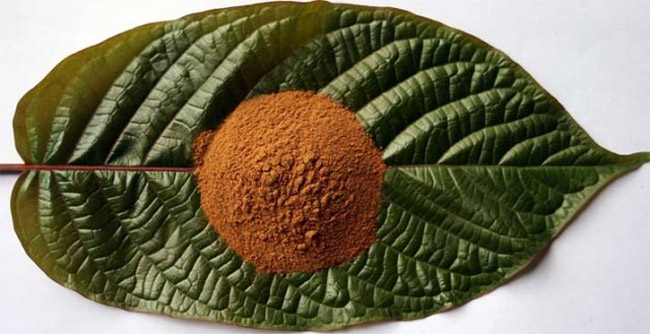 Kratom has shown to work wonders for pain relief, anxiety, insomnia, and much more. In addition to its list of uses, it has a long and respected history; kratom has been used in Southeast Asia for centuries and is perfectly safe, especially when compared to the obvious dangers known to exist with opiate use.

Opiates are an epidemic in this county, causing more 16,000 deaths a year, and according to the National Institute on Drug Abuse, an estimated 36 million people abuse opioids worldwide, with an estimated 2.1 million Americans suffering from opiate addiction.

The number of unintentional overdose deaths from prescription pain relievers has soared in the United States, more than quadrupling since 1999.

The Centers for Disease Control and Prevention report that more Americans now die from painkillers than from heroin and cocaine combined. This is due in large part to the industry’s efforts to over-prescribe opiate based medications; and this is not a hypothetical.

Many doctors have been arrested, charged, and shut down do to running what is called a “pill-mill,” or a location where doctors unanimously and haphazardly hand out prescriptions for opiate painkillers for a multitude of reasons, primarily and most commonly, the pharmaceutical company’s direct compensation for being one of their best salesmen.

Americans now consume more than 84 percent of the world’s supply of oxycodone and almost 100 percent of hydrocodone opioids.

These “painkillers,” which most doctors will tell you do a poor job of living up to that title, are currently listed as a Schedule II controlled substance.

Currently cannabis, the plant being shown to have more health benefits than all of Big Pharma’s medications combined, is listed as a Schedule I controlled substance, implying that the plant has zero medical value and is highly addictive – both of which are categorically untrue.

To add insult to injury, the Federal government has a patent on the medical use of cannabis, all while arresting those who use cannabis for its medical value. It’s laughably absurd. 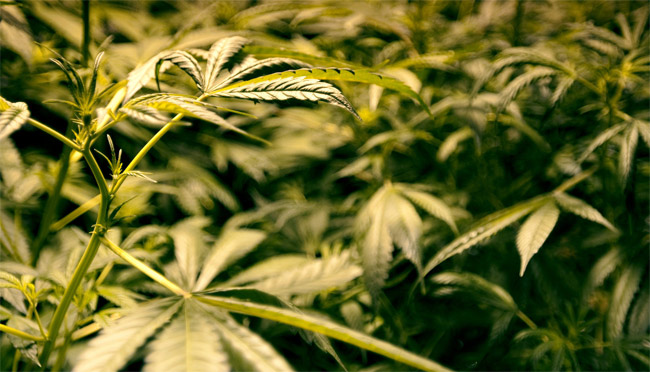 Related: Cancer Update: There Are Now 100 Scientific Studies That Prove Cannabis Cures Cancer + Watch What Happens When Cannabis Is Injected Into Cancer Cells

To the resounding cheers of the American people, Big Pharma has been losing the battle to keep cannabis in the dark shadowy recesses of the illegal drug world and out of the hands of those in desperate need of its healing properties.

That in itself is a perfect example of how the industry is not focused on the needs and desires of the people they claim to help, but rather on telling them what they need and creating a situation in which that need becomes a reality; and their profits soar at the expense of real cures as opposed to prolonged treatments.

As kratom continues to rise and its value begins to be clearly demonstrated, Big Pharma has now made it their number one enemy.

It may seem illogical and unnecessary to label a natural root extract that has been used for thousands of years as dangerous while this country’s number one prescribed medication is killing people in the millions, yet that is exactly what’s happening.

In Alabama, Governor Robert J. Bentley signed a bill Tuesday that would make kratom a Schedule I controlled substance, right alongside heroin, and amazingly, with the same penalties.

The stark contrast between painkillers and a natural substance such as kratom is painfully obvious. 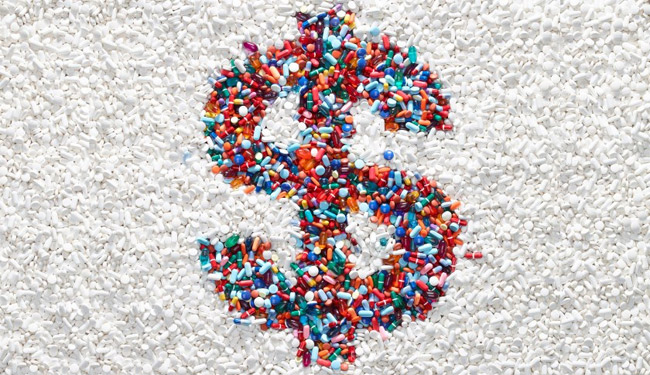 It’s clear that opiates are the real problem; so all should be asking themselves why law enforcement chooses to focus on the natural substances alone: It always comes back to money.

There are billions of dollars in profit that the government stands to lose with the rise of natural substances such as cannabis, kratom, or kava, on both a medical and an industrial level. This is why Americans are exposed to fast-tracked drugs with countless known (as well as unknown) side-effects that fly through the FDA, only to be pulled years later due to terrible and often terminal results.

This has almost become an accepted practice. Yet there are drugs with the potential to cure and not just treat that get shelved at the FDA for decades, shrugged off as just the backlogged efforts of the FDA. They can only do so much, right?

The FDA just approved a new super-Vicodin type drug called Zohydro. This drug contains up to five times the amount of hydrocodone and does not have time-release protection, so it can be easily crushed up and snorted or injected by those who would abuse it.

This drug was approved after only one twelve-week trial in which five of the people involved died as a result.

Yet kratom, which has been used for centuries and is widely accepted as extremely safe, is dangerous and unlawful in the eyes of the Feds.

The hypocrisy within this country’s medical field, as well as many others, has become something of an established American business model. Lie long enough, with enough confidence and with enough force, and the Truth no longer matters.

Recently the Editor-in-Chief of The Lancet released information showing how at least 50% of all scientific research today is false.

This is becoming business as usual, and it is at the expense of the nation’s health. They are bogging down drugs that can cure while fast-tracking highly addictive treatments, producing the perfect return customer.

With Alabama’s new law deeming kratom illegal and with other states soon to follow, Sara is left falling back into her old rut of addiction and mental fog brought on by the prescribed “healthcare” that so often left her feeling lost in a world full of potential. 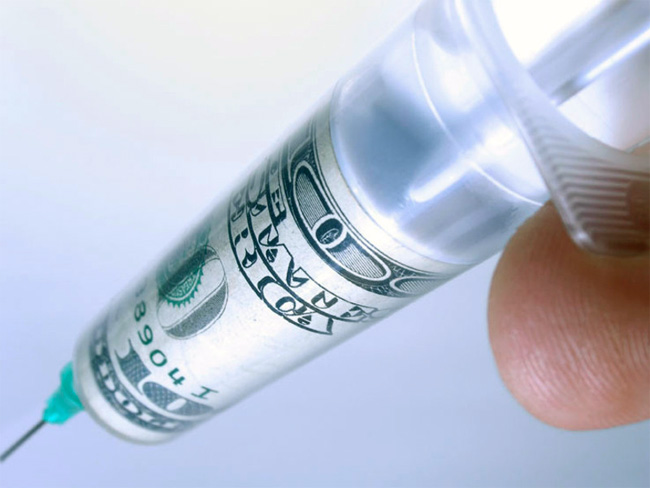 So many fall victim to the pacification and addiction almost certain to rear its ugly head when being subjected to daily and prolonged pharmaceutical drug use. Kratom was the one natural substance that gave her zero side-effects and completely relieved her of her anxiety while rendering her other drugs unnecessary.

It is not hard to see why Big Pharma saw this substance as a threat to its ongoing domination of the drug trade in the United States.

Related: What The Amish Can Teach Us About Modern Medicine