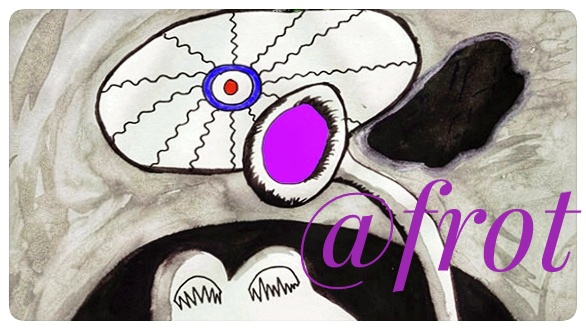 Not being a tech boffin, I have no idea how to do any of this stuff or even if it would actually work. Very possibly there is a chat area filled with people discussing these sorts of thoughts. But what the hell, here is my two cents worth. (I mean that figuratively, being well aware that I’m a complete tech numpty, and this post may well pull in a great deal less than two cents)

What a pain in the arse, it’s totally buggered up my feed. I’d like to see it in a separate tab. Alongside “trending” or “new”, a tab called “resteemed” so I could click on it if I wanted to, and my feed would just be the posts from the people I’m actually following.

And if I resteemed something myself, I’d like that in a separate tab from my own posts too. Alongside “comments” and “replies” it might be called “favourites” (but because Steemit uses American English, I guess that would have to be “favorites”) Then I could use it like a bookmarking feature to save pages I wanted to be able to find again later.

2. A sort order for followed and followers

There are two main things I want to do with these lists. Firstly, to see who my new followers are so I can check them out and see if I want to follow them back. To do this I want to be able to sort by new and have the newest followers at the top.

And secondly, to find specific people I’ve followed and see their posts. So I’d like “sort by alphabetical”. At the moment the lists seem to be in a random but fixed order, one that is neither newest nor alphabetical, so more in the spectrum of just unhelpful.

As I mentioned above when I said resteeming could be used like bookmarking, a feature I’d really like to see is a way to bookmark my favourite pages. Generally I use either Pinterest (but Pinterest doesn’t work on Steemit due to there being no actual images stored within the posts) or Xmarks, which does work but it doesn’t save images like Pinterest does.

Images are the main thing I want to see in my bookmarks because they are what I actually remember. A bookmarks tab could either be separate to the resteemed one, or they could be one and the same. I would just use it to do my bookmarking either way.

My vote is worth just over two cents now. But as I power across the ocean sucking down plankton, I can’t really stop each time I vote to consider the ramifications of whether all those minnows deserve the full power of my financial clout. Maybe the slider could just magically start appearing for the big players whose votes are worth more than say ten cents.

And like many people on Steemit, I have no idea why sometimes when I upvote, the total payout goes down, but having better systems for explaining stuff to newbs is an area I won’t get into here.

This one is very controversial, and I have three ideas. The simple way is to get rid of all flagging. Even Facebook, which is certainly not an example of free speech, doesn’t have flagging (it does have many ways to do the job less obviously). I think flagging is bollocks, so this would be my perfect solution.

With percentage sliders and talk of five vote limits, the message that is being passed out is along the lines of “your vote is really valuable and should be withheld and saved for that great post in the sky. Hold your anus tight and never squander your riches” when really, for the vast majority of Steemit users, their vote is worth bugger all (literally less than one cent) and voting is symbolic rather than a real financial redistribution.

Whale thinking has possibly dominated Steemit voting, when really, we are almost all just plankton and minnows and would be better off going apeshit and voting like maniacs. I can understand why, in a country where people are seriously trying to decide whether to vote for Donald Chump or Killary Clinton, there is a resistance to voting.