It’s nearly my fifth birthday on the blockchain, but sometimes I get accused of being dodgy. I’m actually a bit of a simple punter and any geek worth his salt could work out just about bloody everything about me, down to my name and address. With the benefit of hindsight I wish I was more […] 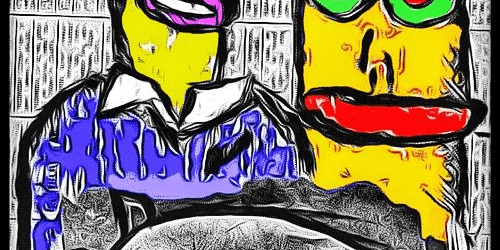 This account has a bit of history on Steemit and I’ve had a few run ins with stuck up little wankers. Back in August 2016 I started going hard out on Steemit and did a lot of posting. On this account I’ve always had a take no prisoners and suck no dicks attitude, and sometimes […]

There are no end of pro-vax believers, but out of all the different flavours of gullible moron I draw the line at vaxtards! One of the good things about the coronahoax is that it is waking people up to the vaccine scam like never before. Vaxers on Steemit used to get their panties in a […]

WHY ARE PEOPLE SO SCARED TO UTTER THE WORDS STEEM OR STEEMIT ON HIVE? Here are a few memories from “the other blockchain” “that broken old site” and “the very bad place owned by commies” https://peakd.com/steemit/@sift666/for-all-the-old-timers

Back in August 2016 I started out on Steemit as @sift666 because some prick had already taken the name @sift so I added 666 on the end hoping to sound all heavy and satanic, but it was like arriving first at a party and having nobody to talk to, and then being asked to go […]

There was a time on Steemit (August 2017 to be exact), when the site was inundated with fake introduce yourself posts by scammers hoping to make a few dollars. There were a lot of numpties with more Steem Power than brain cells who were upvoting these posts in order to “onboard new users” (sound familiar?) […]

DON’T WORRY, BE HAPPY Four years ago one of my first posts on Steemit was a message to myself about not worrying It was wise and I wish I’d followed my own advice! IT’S BEYOND OUR CONTROL sift666 (65)in #steemit • 4 years ago “Whatever is going to happen will happen, whether we worry or not” – is an […]

This was one of the first posts I did on Steemit, back in August 2016. It got a massive seven votes and a payout of big fat ZERO. But I like this post, and this seems like a good time to repost it on Hive. It was originally posted here: https://steemit.com/conspiracies/@sift666/some-complete-bollocks-that-believers-have-fallen-for-hook-line-and-sinker Some complete bollocks that […]

THROBBING GRISTLE REVISITED Back in 1975 a band was formed in England that would change the face of music. I’m not talking here about The Sex Pistols or The Clash. I mean Throbbing Gristle. http://crackmagazine.net/2016/04/throbbing-gristle-back-catalogue-to-be-repressed-on-vinyl/ They didn’t invent punk, heavy metal, or ska. They invented performance tampon. (officially they are credited with inventing Industrial Music, […]

Like many people who are trying to share content online but having it censored, I have a long history of checking out different social media platforms. I’ve set up accounts on a bunch of platforms and tried them out. Some I liked, and some I didn’t. Here are my thoughts on some platforms. Although I’d […]