A property price decline will happen sooner or later

There is a real estate bubble in this country that will implode at some point in the future. It is of no consequence whether the Greens or Labour “favour” a price decline or not. The decline will happen. The only qestion is when.

New Zealand has the highest prices in the world in relation to income. This cannot continue forever. 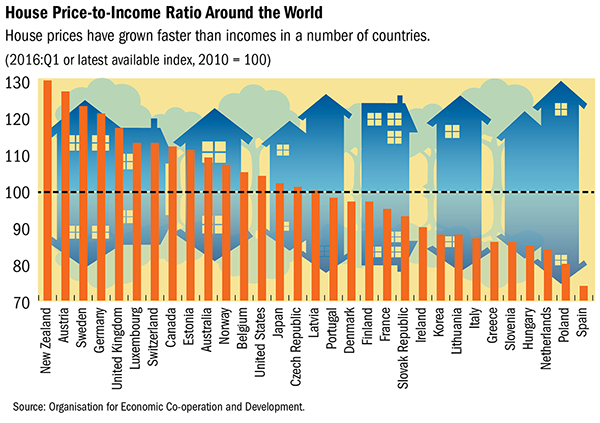 This was a worldwide phenomenon prior to the 2008 worldwide crisis of overproduction and associated financial crises that produced a collapse in real estate prices in the US and much of Europe. Often the crash is associated with widespread loss of homes, personal bankruptcies and growth in homelessness. 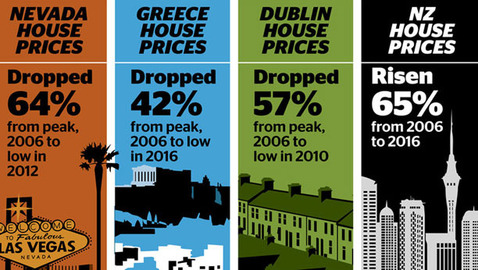 Trying to prevent a broader economic collapse following the 2008 crash has led to a massive growth in what is called “quantative easing” that is effectively printing money on a grand scale by capitalist governments and making it available to their wealthy mates to protect them from the ongoing economic crises . Interest rates have been kept at historically low levels. As a consequence, we seem to be witnessing new speculative booms in some asset prices. 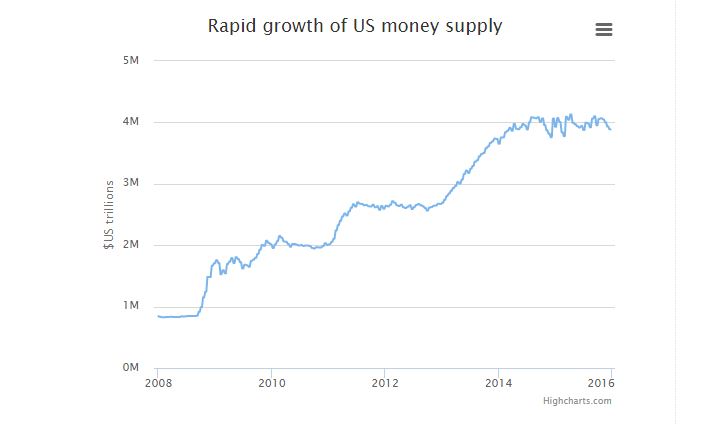 In New Zealand, mortgage lending continues are record levels and reached a new high of $227.7 billion in the March quarter this year. This is one of the highest levels in the world as a percentage of gross domestic product.

Banks are a law unto themselves. The state has allowed them the job of deciding how much credit exists. Market competition drives them to expand their lending to the limit. In the process, they are earning billions of dollars in profits each year for the shareholders. 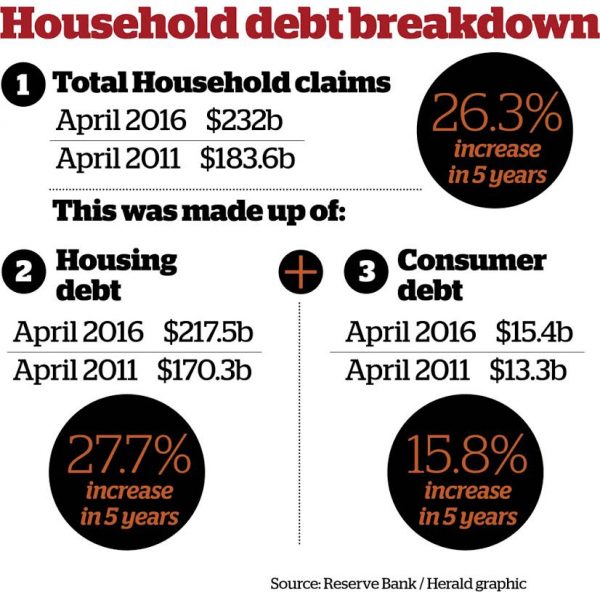 They extract massive profits by extortion. Last year they took $1 billion in penalty payments from their customers in New Zealand. Customers are charged an average of $15 every time they overdraw their accounts, pay their credit card late or bounce a cheque when the cost to the bank is actually just a few cents. The transactions are all electronic. Most of those charges are being imposed on those with the lowest incomes. We are being fined by the banks for being poor.

Banks treat taxation like it a voluntary activity. Tax avoidance appears routine. Yet when they are caught and penalised they pay back less than they actually owe!

Internationally the banks and their executives are simply part of a criminal conspiracy that fixes interest rates, launders money and at all times ensure the top brass are remunerated massively.
Another almost inevitable consequence of a property price decline will be a squeeze on credit being made available and a risk that banks could collapse. New Zealand banks are much more exposed to housing risks than others around the world.

New Zealand banks are also struggling with risks associated with farming debt following the collapse of dairy and other commodity prices. That was another bubble waiting to burst that banks and farm businesses were in denial about.

For the long-term future of working people in this country, we need places to live. That is being put at risk by the reckless lending and associated property speculation. The economic, social and human cost of the inevitable correction in property prices should also be born by the bank shareholders.

We need laws for the crisis that is coming that protects working people from the inevitable results of the bankers’ greed.

We need laws that stop banks simply evicting people from their homes when they fall behind in payments. Unrealistic debts should be written off. The banks bear responsibility for encouraging and facilitating excessive borrowing and their shareholders should carry the price.

Banking should be run as a public service not a means of extortion.