Like all American presidents, Trump is working for Israel 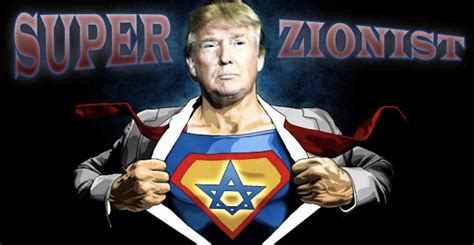 “The only [candidate] that’s going to give real support to Israel is me. The rest of them are all talk, no action. They’re politicians. I’ve been loyal to Israel from the day I was born. My father, Fred Trump, was loyal to Israel before me. The only one that’s going to give Israel the kind of support it needs is Donald Trump.”
Source: http://www.jns.org/latest-articles/2015/6/28/when-it-comes-to-israel-donald-trump-says-he-is-no-apprentice

“Don’t get confused there in Israel: I am currently your biggest friend. My daughter is married to a Jew who is an enthusiastic Israel supporter, and I have taken part in many Israel Day parades. My friendship with Israel is very strong.”
Source: http://www.israelhayom.com/site/newsletter_article.php?id=32049

“I am a great friend of Israel. I was the Grand Marshal of the Israeli Day Parade. I have so many friends. There is nobody closer. And Bibi Netanyahu asked me to do a commercial for him, for his campaign. I did a commercial for him.”
http://jewishinsider.com/6564/trump-do-not-worry-israel/

“I know so many people from Israel. I have so many friends in Israel. First of all, the Israelis are great business people. They have a natural instinct for business and their start-ups are fantastic. I deal with the Israelis all the time, and I deal with people who are Jewish all the time, whether they are Israeli or not.”
Source: http://www.jns.org/latest-articles/2015/6/28/when-it-comes-to-israel-donald-trump-says-he-is-no-apprentice

“We love Israel. We will fight for Israel. One hundred percent. One thousand percent. It will be there forever.”
Source: http://www.youtube.com/watch?v=HiwBwBw7R-U

“I have a lot of — I have tremendous love for Israel. I happen to have a son-in-law and a daughter that are Jewish, okay? And two grandchildren that are Jewish.”
Source: http://www.jta.org/2016/03/11/news-opinion/politics/all-three-gop-rivals-continue-to-criticize-trump-for-neutrality-on-israeli-palestinian-talks

“Sheldon [Adelson] knows that nobody will be more loyal to Israel than Donald Trump.”
http://www.reuters.com/article/us-usa-election-adelson-idUSKBN0U114D20151220

“Israel needs more than just our support. They need strength. They need real power behind them.”
Source: http://www.youtube.com/watch?v=PQYOvDmWqjo

“I’d really call up Bibi, who is a friend of mine and I’d call up some people and be very dependent on what Israel wants. You know if they really want certain things and they are deserving of certain things.”
Source:http://www.theguardian.com/us-news/2015/oct/13/donald-trump-foreign-policy-doctrine-nation-building

“I just want to say that my support for Israel is great and strong, and I have always loved the Israeli nation. I have many friends in Israel. We will ensure that the situation in Israel will be very good, and will remain that way forever.”
Source: http://www.israelhayom.co.il/article/380549
Source: http://jewishinsider.com/7855/trump-confirms-planned-trip-to-israel/

“President Obama isn’t good. For Israel, he has been the worst president in history. Look at how frustrated Prime Minister Netanyahu was every time he visited Washington. All of Netanyahu’s claims are correct; he is 100% right. Is this any way to treat our friends? I will make sure that changes.”
Source: http://www.israelhayom.com/site/newsletter_article.php?id=32049

“I think President Obama is one of the worst things that’s ever happened to Israel. I think he’s set back [Israeli] relations with the United States terribly, and for people and friends of mine who are Jewish, I don’t know how they can support President Obama. He has been very bad for Israel.”
Source: http://www.jns.org/latest-articles/2015/6/28/when-it-comes-to-israel-donald-trump-says-he-is-no-apprentice

“I have great respect for the Shabbat traditions.”
Source: http://www.jns.org/latest-articles/2015/6/28/when-it-comes-to-israel-donald-trump-says-he-is-no-apprentice

“You know that under the Iran deal – I haven’t seen this; nobody has really seen it — but under the Iran deal, if Israel ends up attacking Iran because they are — you know, they see they are actually doing the nuclear — or if it’s the other way around, we have to fight with Iran. By the way, that’s not happening, folks. I don’t care. Deals are meant to be broken in some cases, alright? I will rip that.”
Source: http://jewishinsider.com/6564/trump-do-not-worry-israel/

“This deal was the worst deal that Israel could have gotten. Think about it: beyond the deal itself, Iran also received $150 billion. And to think that they signed that deal without discussing it with Israel! As far as I’m concerned, this deal is the worst thing that ever happened to Israel. There is a clause in it that stipulates protecting Iran’s nuclear facilities should they come under attack. You have to read it to believe it. It may very well be the dumbest thing I’ve ever seen. I don’t understand what it means, that America will attack Israel if Israel attacks Iran? That’s ridiculous.”
http://www.israelhayom.com/site/newsletter_article.php?id=32049

“My friendship with Israel is stronger than any other candidate’s.”
Source: http://www.israelhayom.com/site/newsletter_article.php?id=32049

“Israel, our great friend and the one true democracy in the Middle East has been snubbed and criticized by an administration that lacks moral clarity. Just a few days ago, Vice President Biden again criticized Israel, a force for justice and peace, for acting as an impatient peace area in the region. President Obama has not been a friend to Israel. He has treated Iran with tender loving care and made it a great power. Iran has, indeed, become a great, great power in just a very short period of time, because of what we’ve done. And all at the expense of Israel, our allies in the region and very importantly, the United States itself.”
Source: http://www.nytimes.com/2016/04/28/us/politics/transcript-trump-foreign-policy.html

“I am enjoying the campaign. Regarding Israel, I love Israel. I’ve won many [Israeli] awards – the Tree of Life award and different awards from the Jewish Federation. When you’re in New York, you’ll come and see me in my office because I want to show you my wall. It has so many awards from Israel and from Jewish charities and different groups. One of the great things was when I was the grand marshal at the Israel Day Parade, I think in 2004 – not exactly a good time for Israel, as you know. A lot of people said, ‘You have to be crazy to walk down the middle of Fifth Avenue.’ I said I don’t know, I’m doing it for Israel, I have to do it. So I’ve had an amazing relationship with Israel.”
Source: http://www.israelhayom.com/site/newsletter_article.php?id=30517

“Well, I just see what is happening and I am so saddened by this Iran deal. It’s one of the worst deals I’ve ever seen under any circumstances, any deal, not just deals between nations. I think it’s a tremendous liability to Israel. I think it’s going to actually lead to nuclear proliferation and it’s going to cause a lot of problems. I will be very good to Israel. People know that. I have so many friends from Israel. I have won so many awards from Israel. I was even the grand marshal for the Israeli Day Parade a few years ago. So I will back Israel. We have a president that I think is the worst thing that has ever happened to Israel. But I will be backing it very strongly. They’re our best ally. They’re our best ally in the Middle East. They’ve really been loyal to us. We have not been loyal to them.”
Source: http://www1.cbn.com/thebrodyfile/archive/2016/01/19/exclusive-donald-trump-tells-the-brody-file-hes-100-in 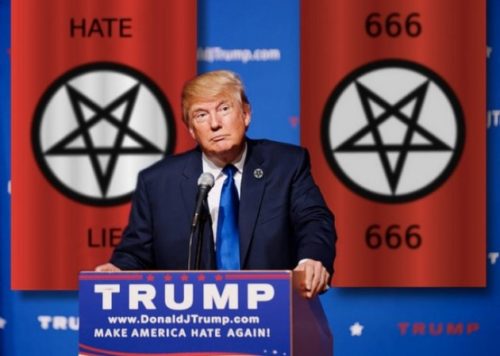