How to Become a Bajillionaire The Clinton Way 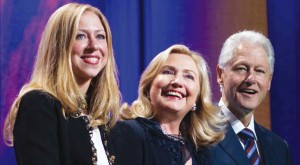 Are you sick of actually having to work for your money? Dreaming of a life of fortune, but dreading the effort of actually creating something useful for society? Looking to get an ROI orders of magnitude greater than any stock, bond or T-bill?

Well don’t worry! The kind folks at Clinton, Inc. (that’s right, the same folks behind such modern classics as “I didn’t inhale,” “I did not have sexual relations with that woman” and “We came, we saw, he died“) have a solution for you: creating your own tax-exempt family foundation! It worked for the Rockefellers! It worked for the Carnegies! It worked for the Gates! It’s working for the Clintons! And now it can work for you.

Now ideally you’ll have the good sense to be born into a family of monopolistic robber barons who plundered their way to the top of the financial pyramid, or at the very least a good banking family that finds a way to join with the old money bloodlines. But if not, don’t despair. Here’s a step-by-step guide to getting into a position where you can create your very own tax-exempt foundation the Clinton way™!

First, form a marriage of convenience based solely on mutual political ambition. Weaseling your way into appropriately snooty colleges by one trick or another, it helps if one of you spies on your fellow students for the CIA and the other writes your senior thesis on a radical community organizer who himself name-checks Lucifer as the first radical. Then you should both attend Yale Law School. You’re too late to be tapped for Skull and Bones at this point, but at least you’re still at the heart of the CIA’s favorite recruiting ground. 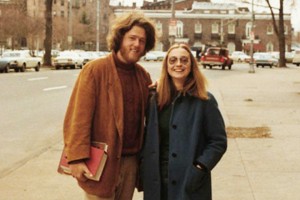 When you graduate, try to get involved in something political, perhaps as a key campaigner for a hapless presidential candidate or a Congressional legal counsel working on the impeachment of the president. (Don’t worry if your work for that committee is later characterized by your own supervisor as “unethical” and fraudulent; you can escape back to Arkansas with your husband before you gain too much of a reputation.) Next, one of you should become governor of your home state while the other sets up a corrupt law firm there.

Once you’ve accomplished that, the rest of the plan practically writes itself. Set up a “Development Finance Authority” to issue state bonds to your friends at public expense and launder drug money. Cooperate with the Vice President in a CIA operation to run cocaine into the country as part of an illegal operation to fund rebels in South America and arm allies in the Middle East. Do shady development deals and some highly suspicious commodity trades (with money you don’t have). Become President and First Lady. While in the White House, oversee a false flag terrorist bombing to destroy some of the most incriminating evidence against you and kill as many eyewitnesses and business partners as you need to. Ride a wave of popular enthusiasm based on a phoney dot-com bubble that will pop soon after you’re gone, raping women at will all the while. The non-Presidential partner should then get into politics as a Senator (after your main opponent dies in a mysterious plane crash), voting for every tyrannical piece of legislation and warmongering military adventure that comes across your desk.

Et voila! Just like that, your family is now ready to start its very own tax-exempt foundation. Now the secret is to open up the doors of your “charitable” organization to wealthy donors who are very concerned for the welfare of the world’s poor and suffering…Oh, and it helps if they have a direct business interest in an area that relates to your connections in the government or your job in the State Department.

Now when the other partner runs for president, you might run into some problems. Some reporters who actually insist on doing their job might happen to uncover 1100 foreign donations that your foundation “forgot” to disclose while you were Secretary of State. And these donations might include contributions from mining magnates who have business deals requiring your approval sitting on your desk. Or contributions from an Indian politician while the Senate that you are a member of deliberates on a US-Indian nuclear deal which might coincide with your change in heart from opposing the deal to supporting it. Or financiers who lend you their private jet as needed and throw millions of dollars at your charity in a way they are legally prohibited from doing for American politicians by any other means. At this point, certain pesky investigative journalist types are going to try to describe this with three very annoying words: “Conflict of interest.” 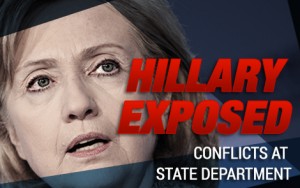 When this happens (and it will), don’t panic. First, fight the fire. Use one of your foundation’s media friends to conduct a vicious, one-sided interview with the main journalist uncovering all of these conflicts of interest. It helps if that media friend is also your husband’s old presidential campaign communications director.

Next, use the scandal itself as a convenient time to quietly announce some of your other improprieties. If, at the very height of the brouhaha you suddenly announce, say, an extra $26 million in speaking fees from a range of organizations that you previously “forgot” to disclose, it will quickly get buried in the news cycle and lost in the noise of all the other scandals. Don’t worry, people will be suffering from scandal fatigue by this point and will hardly even notice that you received millions of dollars for your boring, trite speeches from overseas corporations like China Real Estate Development Corp., Beijing Huaduo Enterprise Consulting Company Ltd., and The Telmex Foundation that stand to directly benefit from your connections in the State Department and the White House in their bid to gain access to American markets. (Oh, and those university students complaining about rising tuition fees even as their alma mater shells out hundreds of thousands of dollars for the “privilege” of hearing you pontificate about rising student debts? Who cares! Serves them right for not being part of their own rich, politically-connected families.) 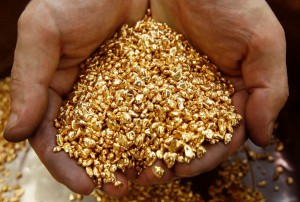 And the best part of having a family foundation? All your family, friends, associates and contacts get a chance to dip their snoot into the trough of filthy, filthy conflict-of-interest lucre, too! Your brother, for example, might just happen to be hanging around at a board meeting of your foundation charity “to see old friends” and, (gosh, darn, wouldn’t you know it?!) might just happen to be introduced to the CEO of a Delaware-based mining firm that’s also extremely interested in Haitian charity…and gold mines. And then before you know it (who woulda thunk it?!) your brother might just happen to be placed on that firms advisory board, and the firm might just happen to secure a stake in a particularly lucrative gold mine in the very same Haitian countryside that they are so interested in helping…You know, just as a hypothetical example.

The upshot of all of this? If you follow the Clinton plan just right, you too can raise a cool $2 billion in less than 15 years!…For charity, that is. Of course it’s all for charitable causes. Every last penny. Yes, you and your family might gain a little bit of personal advantage from that $2 billion investor pool along the way, but of course that’s only a collateral concern, right? (Nudge nudge wink wink!) 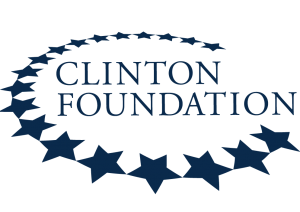 (Supplies limited so order now. Prison terms and plea bargain conditions may apply. Clinton, Inc. provides no guarantees of safety or effectiveness of this product and cannot help in negotiations for your mortal soul with Beelzebub. Happy investing!)