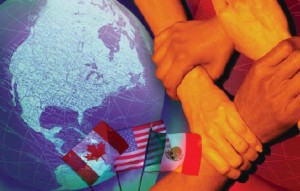 How To REALLY Defeat Globalism

Although this answer is satisfying in its simplicity, it is also fundamentally wrong. Regionalism and nationalism are not opposites, as this formula suggests, but different sides of the same coin. And that coin is weighted so that any battle between these two ideas is always going to come to the same conclusion: global government. 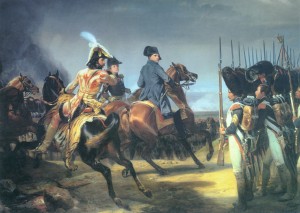 To understand why this is, let’s go back in time to 19th century Jena. History buffs will immediately recognize this modest city in the heart of modern-day Germany as the site of one of Napoleon’s great battles, a crushing and decisive defeat of the Prussian Army that resulted in the subordination of the Kingdom of Prussia to the French Empire. So humiliating was this defeat that it inspired one Nuremberg bookseller, Johannes Palm, to distribute a pamphlet titled “Germany in Its Deep Humiliation” urging the Germans to resist their French conquerors by force of arms. As reward, Palm was executed by a French firing squad.

Palm’s execution became a rallying cry for the nascent German nation and inspired Johann Gottlieb Fichte, an influential philosopher with a reputation as a revolutionary firebrand, to deliver his Addresses to the German Nation. In this landmark series of lectures, Fichte laid the philosophical cornerstone of an idea that was just beginning to take shape at that time: the nation state. Until the late Middle Ages, the Western world was still almost universally organized under monarchies claiming the divine right of kings. The revolutions in the United States, France and elsewhere were expressions of the death throes of this form of government, but it was not yet clear on what basis the state would be organized in the post-monarchical, post-feudal world.

Speaking “for Germans only and of Germans only,” Fichte outlined the role that he believed the nation state should play in shaping and molding the German people (at that time living in a variety of small Duchies, Kingdoms, and Principalities) into a single political whole:

“The aim of the state is positive law, internal peace, and a condition of affairs in which everyone may by diligence earn his daily bread and satisfy the needs of his material existence, so long as God permits him to live. All this is only a means, a condition, and a framework for what love of fatherland really wants, viz., that the eternal and the divine may blossom in the world and never cease to become more and more pure, perfect, and excellent. That is why this love of fatherland must itself govern the state and be the supreme, final, and absolute authority. Its first exercise of this authority will be to limit the state’s choice of means to secure its immediate object–internal peace. To attain this object, the natural freedom of the individual must, of course, be limited in many ways.”

And how did Fichte propose to get the German people to embrace this idea of the ‘fatherland,’ especially when this requires restrictions on “the natural freedom of the individual?”

“[I] propose that you establish deeply and indelibly in the hearts of all, by means of education, the true and all-powerful love of fatherland, the conception of our people as an eternal people and as the security for our own eternity.” 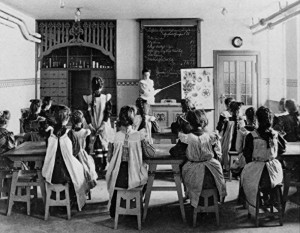 The proposal laid out by Fichte after the defeat at Jena became the basis for a system of education that was indeed to lay the groundwork for the confederation of modern-day Germany: the Prussian education system. As Fichte envisioned, this system worked to eliminate individuality, independence, self-reliance and concern for natural freedoms from the population in exchange for conformity, dependence, and subordination of individuals to the state.

As the incomparable historian of education John Taylor Gatto noted in his seminal essay, “The Public School Nightmare: Why fix a system designed to destroy individual thought?“:

“In effect [Fichte] told the Prussian people that the party was over, that the nation would have to shape up through a new Utopian institution of forced schooling in which everyone would learn to take orders. So the world got compulsion schooling at the end of a state bayonet for the first time in human history; modern forced schooling started in Prussia in 1819 with a clear vision of what centralized schools could deliver: Obedient soldiers to the army; Obedient workers to the mines; Well subordinated civil servants to government; Well subordinated clerks to industry; Citizens who thought alike about major issues.”

The “achievements” of this Prussian system of education included the introduction for the first time of mandatory attendance at school beginning with kindergarten and lasting most of the year round. Other hallmarks of the Prussian system were the enforcement of a national curriculum, the introduction of standardized testing, and (of course) lessons designed to inculcate in the students a sense of national identity. This system was then adopted by other nascent nation states, including the United States.

“You need to know this because over the first 50 years of our school institution, Prussian purpose — which was to create a form of state socialism — gradually forced out traditional American purpose, which in most minds was to prepare the individual to be self-reliant.” 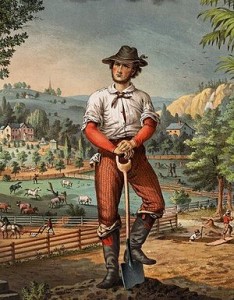 This “American purpose” is perhaps most famously present in the writings of Thomas Jefferson, who hailed the yeoman farmer as the most virtuous citizen of the republic, not because he was interested in promoting nationalism but precisely because they were the most independent and most likely to resist government.

Opposed to this vision of American purpose were the likes of Benjamin Rush, co-signer of the Declaration of Independence, who advocated the creation of public schools for the express purpose of turning children into state-loving automatons. For those who think this is hyperbole, consider his remarkably candid paper, “Of the Mode of Education Proper in a Republic,” in which he writes that “Our schools of learning, by producing one general, and uniform system of education, will render the mass of the people more homogeneous, and thereby fit them more easily for uniform and peaceable government” before concluding:

“From the observations that have been made it is plain, that I consider it is possible to convert men into republican machines. This must be done, if we expect them to perform their parts properly, in the great machine of the government of the state. That republic is sophisticated with monarchy or aristocracy that does not revolve upon the wills of the people, and these must be fitted to each other by means of education before they can be made to produce regularity and unison in government.”

This is not to say that the older style of education was eliminated completely, or the original purpose of that education (the preparation of self-reliant individuals for autonomous action) entirely abandoned; it just became the domain of a privileged elite that literally saw themselves as the managers of the more numerous working classes. This was confirmed most astonishingly in a 1909 speech by then-President of Princeton University and soon-to-be President of the United States, Woodrow Wilson:

The oligarchs openly bragged of creating a pliable working class of “republican machines” to fit properly into their roles “in the great machine of the government of the state” and kept the classical techniques of education for themselves, the self-styled managers of society.

The idea of the nation state did not spontaneously arise out of the soil from the mists of time, as nationalist mythology would have it. It was carefully inculcated through generations of mandatory schooling, promoted in carefully crafted national curricula and reinforced through regular standardized testing. And it led, piece by piece, to a more docile, more complacent, more receptive population that was so far removed from the yeoman farmer of the Jeffersonian ideal as to be unrecognizable.

Parents in the United States who are currently dealing with the new Common Core standards may be familiar with this nightmare. But are they familiar with the next stage of this process: the swapping out of nationalist indoctrination for globalist indoctrination? If not, they may be interested in the World Core Curriculum promoted on the UNESCO website, an agency that Obama Education Secretary Arne Duncan considers a “global partner” in shaping a “cradle-to-career education agenda” preparing students for “new global challenges.”

From Rush’s “republican machines” to UNESCO’s “globalist machines” in a few easy steps. 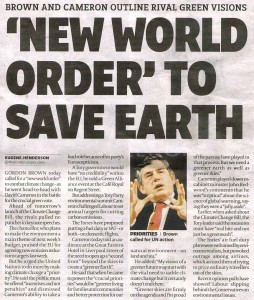 Nationalism is not the opposite of globalism; it is its logical conclusion. The oligarchs of a past era found it convenient to get people to rally around a flag (quite literally) in order to get them to part with their natural freedoms. The oligarchs of our current era are now simply going to change the colours on the flag. After the allegiance to an arbitrary collective has been carefully indoctrinated in the population, it is only a matter of switching one collective (nation states) for another (regional governments) for another (global government). Since the nation states were created and controlled by the banksters and their cronies in the first place, it is now not so difficult for them to destroy their creation in order to bring in global controls.

Of course, the next step is to define individual freedom. Jefferson had his yeoman farmer, but that’s nearly 250 years old by this point. Are there new ways of organizing society that do not revolve around surrendering our identity or pledging our allegiance to centralized bureaucracies? Of course there are.