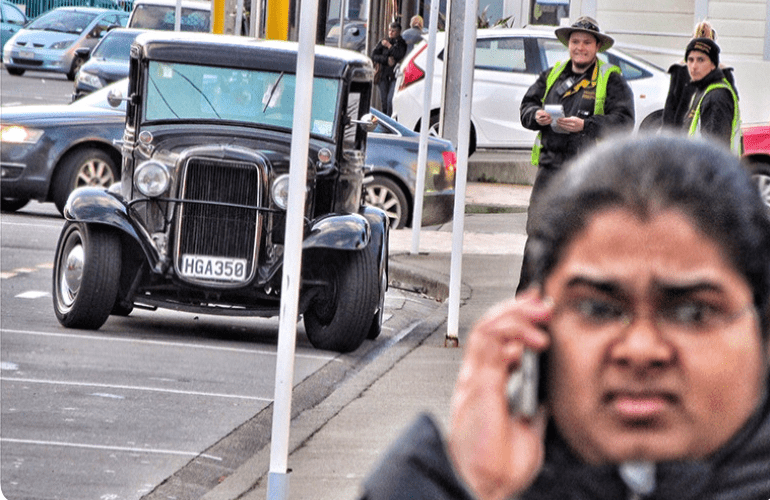 WE COULD ALL USE A FEW ALLIES AT THE MOMENT

Like a lot of us non-conformist freaks who question what we are told, I often find my opinions are a long way from mainstream. In fact some people think I’m a fruitloop and get hot and bothered because they think I should be censored.

Some of them post replies that hurt my feelings. They say hateful things like “I dnt actualy bliv ths. I nid mor proof” and “your a moron cuz you don’t no shit”

There are not all that many of us non-believing, conspiracy theorist lunatics out there, but if we find ourselves in a large pen surrounded by creatures who keep saying “baah”, we are all stuck in the same pen even if we disagree about a few details. Nobody gets everything right all the time, but some people get quite a few things right. They do a lot better than average. And those are the people I want to hang out with online. Finding them is a bit like panning for gold. You have to sift through a lot of mud to find a few good nuggets.

After discussing variations of the current problem reaction solution psyop online for 20 years I thought none of what is happening now would surprise me. But I WAS WRONG! – I’m stunned at just how fast nearly everyone started begging to be put in a pen. No matter just how obviously fake the politicians, media, and assorted celeb glove puppets leading the charge to submission actually are, most people believe them anyway and willingly (in many cases enthusiastically) submit.

I over estimated the public capacity to detect bullshit when a bucket of it was tipped over their heads. It appears a vast number of people truly don’t know shit from chewed dates, and I completely failed to predict the extent of that.

This has really brought home to me that there are not all that many of us out there who see through this stuff, and even if we disagree about a few things, we are still on the same team.

Another wake up for me is that believers really are scared of getting sick from something that to me is just another work of fiction to be actively mocked. Because I don’t give a toss about the threat of catching yet another variation of the flu, I never realised just how terrified of it they are. But we are all on different levels, and I’m still sometimes fearful of the entity referred to as “the global elite” or “globalists”, or “the new world order” or “zionists”. Fear is a pretty useless emotion on any level. I can see overcoming my fear of a bunch of rich satan worshipping paedophiles is an essential next step. If they are real, then our fear is their greatest weapon against us. Let go of that fear and much of their power is as imaginary as a fictional virus.

There are undoubtedly people on more advanced levels of consciousness looking at me, who want to say “chill out bro, none of this is real, you create your own reality”. We are all in a phase of accelerated learning right now, and nobody knows everything. I’m doing my best to pass on some insights from where I’m at now, and hopefully I’ll become wiser as I continue onwards.

So now I’m attempting to cut all those clueless woolly fuckers some slack, while passing around a few choice blunts to everyone else in Team What The Fuck Is Really Going On?

So even if I think you believe in some slightly misguided bollocks, if you are outside the sheeple pen (or want to be), I’ll do my best at sticking to points to agree on, and I’ll stop going on about your weird fetishes. Because we need as many of us as possible on the same team to get that pen gate back open.

In my own household, I have some baah-baahs, that are driving me up the wall with hysteria and panic attacks. I get taking precautions, but letting this thing rule over your life – that’s ridiculous.

And not to mention that when I tell them that the lockdown and the slowdown of economic activity will kill more people than the virus, they look at me with glazed eyes…

I am right behind you , with a crowbar ….. or do we need a sledgehammer ? The pertinent question to your post, is ‘How do you get the  to think?’

The more I see, the more I think there is no hope for them. Seriously.

Hopefully, mocking them to a state of rage will help….(by creating enough heat, it may result in melting the bars of the cell, that they’ve made for themselves)

I don’t think trying to get them to think is necessary (or beneficial). The non-conformists of the world should merely try to give themselves as much freedom and joy and prosperity as they can and, hopefully, those who can be swayed will be by the power of our example.

I have spent years trying to educate and motivate my friends and acquaintances, but to this day I have not managed to convince more than one person (my best friend saw the error of his ways, but one could argue that he would have eventually gotten there even without my nudging).

People are emotional beasts and there is nothing more influential than conviction. And conviction does not care about what others say or do or think. My one and only successful conversion of a miserable conformist into a free-thinking powerhouse of a man (the aforementioned best friend) came when I wasn’t actually trying to accomplish anything or convince anyone.

I was a detached and full of conviction. But I didn’t actually give a flying frak!

yeah, I kinda have to agree.
It seems that I’m a glutton for punishment, for trying to help people….

I can definitely sympathize.

I’m now thinking that may be the key to it – only took me 22 years to get that (yes I started out online with water fluoridation in 98!) Sheep don’t think much but they do go to the best looking grass, and if the sheepdog isn’t paying attention they can be quite fast movers

chill out bro, none of this is real, you create your own reality

These people used to really get to me. I was late to the internet (AOL7.0) and encountered a lot of that as I joined groups discussing philosophies and religion. They never could convince me that I chose as a defenseless little kid for my mom to marry some dude with a violent temper who liked to take it out on little defenseless kids. Yeah, bug pass on that bullshit. I could cite more instances, like all the young men sent to die for rich folk (or kill other young men in their respective countries sent to die for their rich folk).

I too am surprised at the speed of this as it unfolds. Seems like now would be a great time to live the life of Tom Hanks in whatever that movie was where he was on the island and his best friend was the Wilson ball.

Is that the movie where Tom Hanks is ship wrecked with Jeffrey Epstein on an island where all the other inhabitants are less than 16 years old?