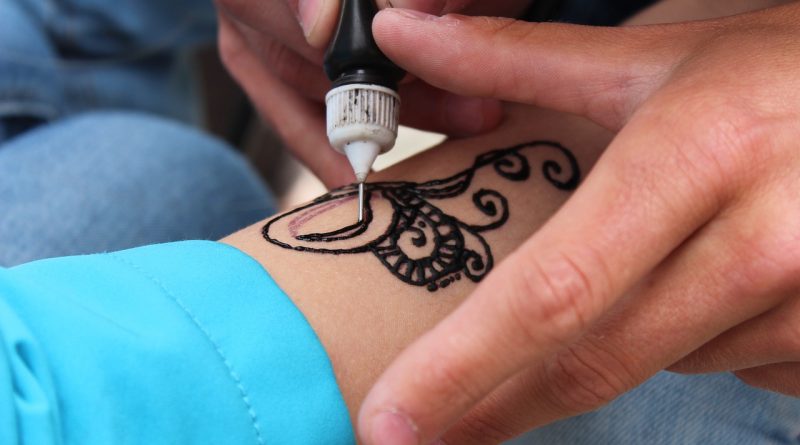 Tattoos are more popular now than ever before. While they tend to signify our rebellious nature, those who ink themselves up still may want to know the very real health risks involved in embedding potentially toxic chemicals under their skin. It is estimated that some 80 million people in the U.S. today are tattooed, and simultaneously, chronic autoimmune and inflammatory illnesses are also widespread.

There are a number of links between tattooing oneself and chronic health issues, and while many doctors may recognize this in their patients, there is little public awareness of this connection. Part of the problem is that tattooing is primarily unregulated, resulting in a wide-range of products being used, with little awareness by the consumer.

Pigments and tattoo inks are not regulated by the US Food and Drug Administration. However, the Food and Drug Administration is examining tattoo inks to determine the chemical composition of the inks, learn how they react and break down in the body, how light and magnetism react with inks, and whether there are short- and long-term health hazards associated with ink formulations or methods of applying the tattoos.” [Source]

Not all tattoo inks are created equal because different colors and shades require different ingredients to create the required color. Inks by different manufacturers and of different quality grades and vary wildly, there are even vegan inks now, but the basic science of tattoo is well-established.

Tattoo inks are solutions comprised of a carrier and a colorant. The carrier is the fluid that is used to transport the colorant to the application location. It may contain glycerin, water, isopropyl alcohol, and witch hazel.

Tattoo colorants are typically pigments — intensely colored compounds that can reflect light in the visible region of the light spectrum — as opposed to dyes, which require a physical or chemical interaction to be anchored into place. In other words, dyes must react with the surface of the skin to develop their color and stay in place. Conversely, pigments provide color without needing a chemical reaction, and are held in place by intermolecular or physical forces.

Historically, pigments used in tattoo inks derived from mineral or geological sources to produce certain colors and hues. For example, carbon (carbon black) and iron oxide were used to produce a black ink. Cinnabar, a mercury sulfide compound, was used to produce red hues. Cadmium compounds, such as “cadmium red (CdSe)” or “cadmium yellow (CdS or CdZnS),” were used to produce shades of red, orange, and yellow.

For the last 20 years, ink manufacturers have moved away from primarily mineral-based pigments to organic ones. Over 80% of the colorants used today are carbon-based, and approximately 60% of these organic pigments are azo pigments. About 30% of the pigments and dyes are approved for cosmetic use, while a number of others were originally developed for industrial applications, like paints or textiles.

Tattoo inks also include a number of additives, such as surfactants, binding agents, fillers, and preservatives. Many of these additives are employed to keep the pigments in a uniform suspension to avoid microorganism growth in the product after opening.” [Source]

In a comprehensive review of the toxic dangers of tattoos, Ali Le Vere, B.S., B.S. shared her perspective as a medical blogger who is interested in healthy choices in the consumption of food and other products. In particular she notes that different colors of ink carry different risks depending on their ingredients.

Ultimately, she points to the fact that tattoo ink can be a major contributor to chronic illness, largely due to the addition of known toxic chemicals and even nano-particles.

Researchers state, “Tattoo inks are typically composed of negligibly soluble or insoluble pigments, dispersants in which the pigments are suspended and other additives for preservation or to alter the viscosity of the ink” (11). Although some contemporary inks can contain organic pigments, colored ink conventionally contains metals (12). Because other industrial applications of tattoo inks include paint and printing, they can harbor up to 10% impurities (9). Further, studies show that the “vast majority of tested tattoo inks contained significant amounts of NPs [nanoparticles],” which are associated with a litany of ill health effects (13). [Source]

Regarding colored inks, Le Vere comments on a pubmed study which states that, “the majority of tattoo ink is industrial-grade color intended for use as printer ink or automobile paint.”

Colored pigments, on the one hand, can decompose following light exposure into dangerous aromatic amines which are subsequently disseminated throughout the body and accumulate in lymphatic system, interfacing directly with components of the immune system (6). In a recent study, the levels of genotoxicity (DNA damage) and oxidative stress (inflammatory) pathways induced by red and yellow tattoo ink were particularly troublesome, as they generated the greatest response (11). Another study by Falconi and colleagues (2009) found that red tattoo ink significantly reduced viability of fibroblast cells, which are responsible for production of the extracellular matrix that provides the structural framework for tissues (15).

When exposed to natural or ultraviolet light, azo pigments contained within red and yellow inks have been demonstrated to emit hazardous compounds, and they also have been shown to contain the probable human carcinogen 3,3-dichlorobenzidine as an intermediary in their production (11).” [Source]

Black inks contain an entirely different set of issues based on their most likely ingredients.

Black inks… predominately consist of soot products, are also problematic (9). Carbon black in black ink is derived from the incomplete combustion of hydrocarbons, which accounts for its polycyclic aromatic hydrocarbon (PAH) content (17). PAHs represent ubiquitous pollutants derived from the burning of organic materials such as wood, petrol, oil, and coal, which elicit well-defined carcinogenic (cancer-causing), mutagenic (DNA-altering), and toxic effects (18).

One toxic ingredient found in black tattoo ink, hexachloro-1,3-butadiene (HCBD), is a byproduct of manufacturing processes for chlorinated solvents, and has a history of use as a fumigant or pesticide (9). It has been shown to perpetuate skin, kidney, and liver damage in rodent studies (19). 9-fluorenone, acquired from coal tar, has likewise been found in black tattoo ink and may cause phototoxic reactions, or chemically induced skin irritation following sunlight exposure (20, 21).” [Source]

Le Vere’s full analysis can be found at Green Med Info, but the general health warning is that tattoo inks are provided by a sector of the cosmetics industry which is unregulated and there for standards and quality vary widely. Toxic ingredients are quite common, and depending on what type of inks the consumer uses in a tattoo may have long-ranging effects on their health, and this is not often considered when the decision to get tattooed is made.