Even amongst people who are aware of the many vaccination cover ups that are going on, it seems to be rare for anyone to say publicly that the entire process of vaccination is a scam. So we are making a point of emphasising this part of the scam:

VACCINATIONS DON’T WORK AT ALL – THE PROCESS IS A FRAUD For the established medical community, there are few arguments made more frequently than the one that vaccinations are necessary to ensure unvaccinated children do not infect the general population. Unfortunately for vaccine stakeholders, that’s a false argument.

Witness the recent outbreak of mumps at Harvard University, where health officials have confirmed that all infected students had already been vaccinated for mumps.  Further, the student body is known to be almost universally immunized with the MMR vaccine.

Officials refuse to admit the MMR vaccine is ineffective

The mumps virus can result in painfully swollen glands, fever and headache. In serious cases, patients may develop meningitis, deafness or testicular inflammation that can affect reproductive health. Mumps is contagious, spreading through mucus via an infected person’s sneeze, cough or saliva.

Because of the risk of complications, most people in the U.S. have been vaccinated against the disease via the measles, mumps and rubella (MMR) vaccine. Yet, this triple-loaded vaccine is known to be one of the most dangerous vaccinations pushed on parents.

But dangers of the vaccine are only one side of the coin. As it turns out, researchers began noticing a lack of effectiveness with the vaccine at least as far back as 15 years ago.

The situation at Harvard is simply the latest example of the shortfalls of the risky MMR vaccine. in April 2014, the New Jersey Department of Health reported an outbreak of mumps at the Stevens Institute of Technology. In that outbreak, eight cases of mumps were confirmed – all in individuals who had been fully vaccinated with two doses of the MMR vaccine.  But instead of acknowledging its ineffectiveness and the vaccine dangers, the Centers for Disease Control and Prevention (CDC) have engaged the mainstream media and much of the conventional medical community in blaming parents who don’t want to risk vaccinating their infants with the controversial MMR vaccine.

Untangling the truth behind vaccine lies

As it turns out, the conditions of the Harvard outbreak should really come as no surprise to CDC officials and other vaccine advocates. A study of a 2009-2010 outbreak in the northeastern U.S. by the CDC revealed at least 77 percent of those coming down with the disease had been vaccinated.

Not only was the vaccine’s limitations known then, but an FDA study the year before found the effectiveness of the mumps vaccine to be directly correlated to the particular strain of mumps occurring. For example, the MMR vaccine was found to be only from 0 to 33 percent effective against the Rubini strain.

At the same time, there have been whistleblowers within vaccine-manufacturer Merck that claim the company misrepresented results of clinical trials related to the vaccine’s efficacy from the start. Now part of a legal battle, the allegation is serious – misrepresenting the vaccine’s effectiveness at 95 percent, Merck enticed the U.S. government to purchase 4 million mislabeled, misbranded vaccine doses.

While conventional medicine often acknowledges MMR vaccine dangers, it holds steadfastly to the notion that such risks are far outweighed by the benefits. Yet, decades of outbreaks and research prove such theories wrong. Available evidence makes the case that the dangers of the MMR vaccine outweigh its lackluster effectiveness.

One point of concern over the vaccine’s safety surrounds the idea that the risks are multiplied because three shots are given at one time. While the medical community prefers this process, stating worries that parents won’t bring in children often enough to receive all available vaccines otherwise, such justification is short-sighted and continues to put young children at unnecessary risk. 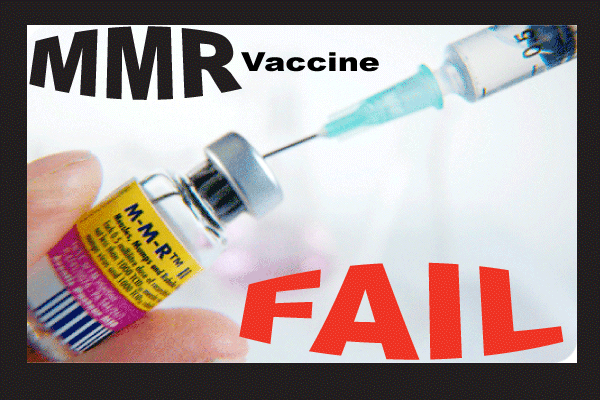