Fluoride – The forced drugging of society 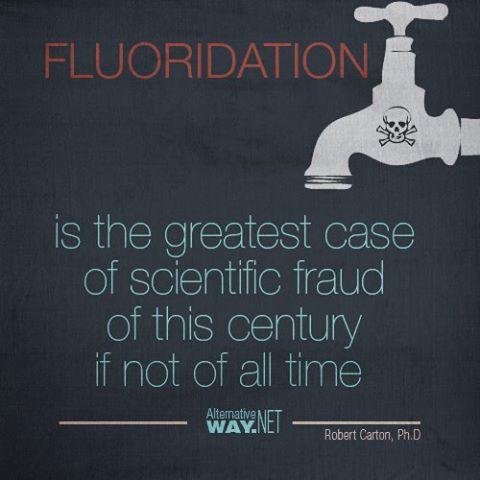 As the scientific evidence of the dangers of water fluoridation continues to mount, there is no longer any room for doubt: those who deny that adding hydrofluorosilicic acid to the water supply is in fact causing untold medical harm are simply ignorant of the scientific data on the subject. From peer-reviewed studies in prestigious journals to the experimental evidence compiled by some of the best-regarded scientists in the field, there can no longer be any doubt that water fluoridation is lowering IQ and stunting the development of children’s brains, , interfering with thyroid function, contributing to rising incidents of skeletal fluorosis, and exacerbating conditions like oesteoperosis and cardiovascular disease. [See this and this and this and this and this.]

On a positive note, community after community around the globe is bringing this issue to a head by forcing referenda or plebiscites on the practice of water fluoridation. And, little by little, concerned citizen activists are working to get the fluoride removed from the water supply in an increasing number of towns and cities.

While it is heartening to see more and more activists taking up the fight to get this toxic chemical removed from their local water supply, this work is of necessity piecemeal and subject to setbacks. Even as some communities work to remove the fluoride, others, like Portland, Oregon – the largest urban centre in the US currently without a fluoridation program – are preparing to vote on whether to add it to their supply.

It may be tempting to say that this democratic process is fair but frustrating. After all, we often hear, the will of the people must be respected. This viewpoint, however, is not only wrong, it is dangerously wrong. The real issue behind the practice of water fluoridation is not merely that the hydrofluorosilicic acid that is misleadingly called “sodium fluoride” is a toxic brew of industrial waste products that is causing untold medical harm. It is that this creates the precedent for the forced drugging of our society.

As long as the fluoride myth is not confronted head on for what it actually is, the Center for Disease Control and like-minded institutions will continue to promote it as one of the 10 Greatest Public Health Achievements of the 20th Century, as they do. This, in effect, serves to paper over the fact that what is being advocated is the forced medication of an entire population, without regard to the unwitting patient’s age, size, sex, race, background or medical history, and without giving that patient a method for opting out of the program. Every day millions of people in different parts of the globe drink, shower in, bathe in, and otherwise absorb and ingest this un-prescribed medicine, almost without exception without the informed consent of those individuals.

Earlier this week I talked to author and researcher Anthony Gucciardi of NaturalSociety.com about this aspect of the fluoridation program, and why it is so significant.

Indeed, exactly as Gucciardi notes, the idea of using the fluoridation program as an explicit justification for adding further medications to the drinking water is already being introduced to the public. [See this and this and this.]

It does not take a professional bioethicist to understand how such an idea, even if implemented by the best-intentioned doctors for the best-intentioned reasons adhering to the best practices conceivable via modern medicine could still be a fundamental violation of human rights and, in fact, a crime against humanity no less egregioius than the human experimentation in the Nazi death camps that the civilized world has long since shunned.

Fluoridation, in short, is a medically and scientifically bankrupt practice that has long since been discredited as a means of preventing tooth decay. Its political utility for those who wish to use this precedent of the forced drugging of an entire population, however, means it is not a practice that will be abandoned easily by the CDC, EPA, FDA and the entire pharmaceutical-industrial complex that is increasingly eager to start adding other drugs to the water supply.

It is incumbent on activists everywhere, then, to lend their efforts to eradicating the water fluoridation program in their own area and assisting others in ridding it from theirs. Only then can this practice be exposed for the crime against humanity that it is, and all such ideas of drugging the water supply can be properly consigned to the dustbin of history. 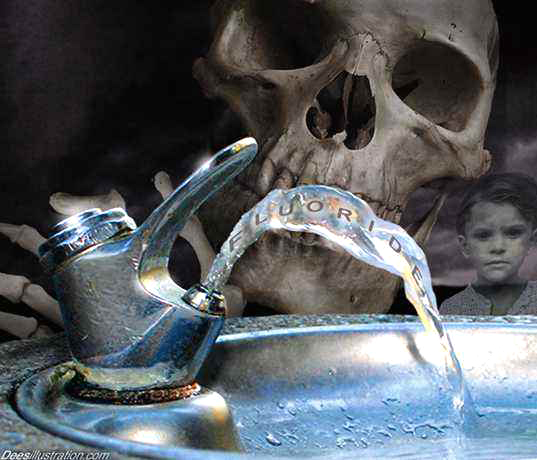 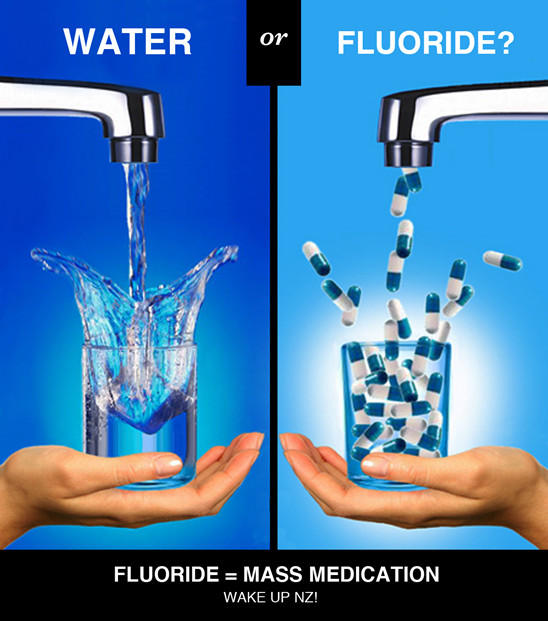 Ever since Stanley Kubrick’s 1964 cinematic classic “Dr. Strangelove” was released, it has become fashionable for those who have wished to avoid the debate over the fluoridation of the water supply to engage in the rhetorical equivalent of stuffing their fingers into their ears and singing “I can’t hear you” by alluding to General Ripper’s infamous “purity of essence” screed.

This strategy is every bit as effective as the term “conspiracy theory” in relegating facts, research, scientific papers and entire fields of study to the collective dustbin of history. After all, only quacks, nuts, and Harvard-affiliated scientists would suggest that fluoride lowers your IQ.

This latest study is itself a meta-analysis of 27 epidemiological studies concluding that “children in high fluoride areas had significantly lower IQ scores than those who lived in low fluoride areas.” But as damning as this latest finding is, it only adds to an already voluminous record of scientific studies detailing the adverse health effects of fluoridated water, including studies linking fluoride consumption to brain damage, bone cancer, hypothyroidism, kidney damage, bone fracture, skeletal fluorosis, dental fluorosis and even infertility.

What’s more, recent studies have repeatedly shown that while the prevalence of fluorosis increases with water fluoridation, the incidence of dental caries does not show any significant decline.

In other words, the best available data has shown time and again that the practice of water fluoridation brings with it numerous attendant health risks and almost no detectable benefits. Although this may come as a shock to a population that has long exposed to dogma that drinking fluoride is somehow a safe and healthy endeavor, it does not surprise those who know of the history of the process of water fluoridation and how it was brought about as a clever way to dispose of the waste products of the uranium mining and fertilizer production industries.

But beyond even the medical debate over the benefits of fluoride, or an examination of the history and sponsorship of this process, there is a deeper debate taking place. This debate is not over whether or not fluoride is safe or effective, but whether the government should be adding it to the water supply in the first place.

As many argue, this practice amounts to forced medication of the population without their consent, and without regard to the case history or medical circumstances of any of the “patients” (i.e. the general public) who are exposed to this “medication.”

In 2010, I discussed this issue with Dr. Paul Connett, founder of the Fluoride Action Network, a public awareness organization seeking to draw attention to the issues surrounding water fluoridation and other forms of fluoride consumption.

When the argument is reduced to these terms, very few put themselves in the position of proclaiming the merits of this type of forced drugging of the population. Instead, many will argue that such talk is idle philosophical speculation about a practice that is only being used in this one particular instance.

This is not the case, however. Like every other societally condoned government action, the practice of water fluoridation is now being used as a basis for arguing that other forms of medication can and even should be added to the water supply as well, with or without the public’s knowledge or consent.

It does not take a medical expert or a bioethicist to understand the danger of this precedent. Whereas just a generation ago the idea of an entire society being drugged to docility through the water supply seemed the realm of outlandish sci-fi fantasy, the idea is now being introduced to the public not only as something which can be done, but as a potential good.

The possibility for abuse in such a paradigm is almost incalculable. Just three decades ago, the current White House science czar, co-wrote with “Population Bomb” popularizer Paul Erhlich a tome dubbed Ecoscience: Population, Resources, Environment, in which they envisioned that one of the possible answers to the so-called scourge of overpopulation would be to add sterilizing agents to the water supply of targeted communities.

This type of rhetoric violates the most basic ethical principles, not merely of the medical profession, but of humanity itself. It is scarcely believable that some of the best-educated and influential thinkers of our time would argue for the practice of willfully drugging the population en masse without their knowledge and consent, and yet this argument is being made.

The fluoridation issue remains the canary in the coal mine on this particular battlefront of health freedom. As long as the practice of fluoridating local water supplies continues, that practice can be used as a precedent for future mass forced medication campaigns. When that process is delegitimized and exposed as the corporatist governmental boondoggle that it has always been however, the rug is pulled out from under those who would seek to use that precedent for their own agendas. 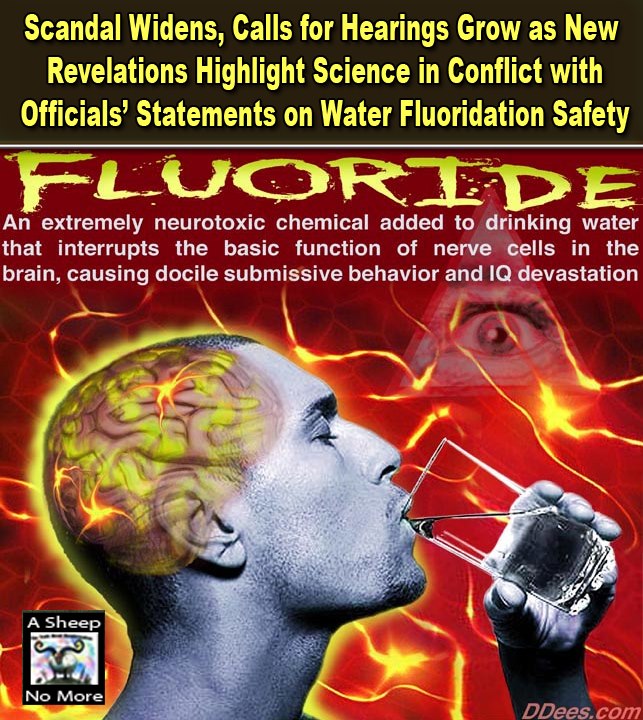 Videos on fluoride by James Corbett can be seen here 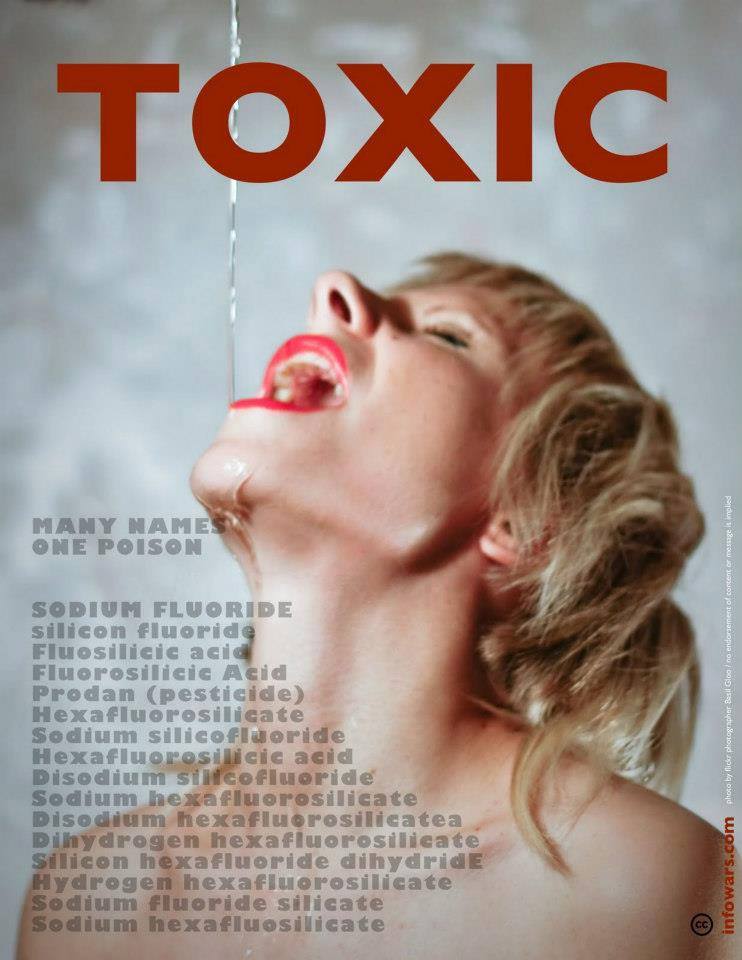