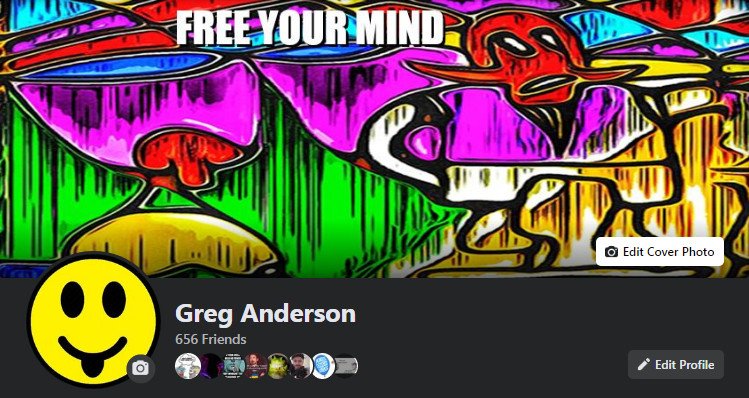 I’ve said it before and I’ll say it again – I bloody hate Facebook.

But knowing the shit was about to hit fan here in Wellington NZ yesterday, I wanted to get back up and running on Facebook the day before it all went down, so I would be ready to see the popular live feeds all in one place.

I started by going back to my main alt account for the first time this year and cleared all my friend requests from bikini clad Ukrainian girls with huge boobs, and then, ready for action (me, rather than the bikini girls) I started posting and sharing some stuff.

But after a few hours my account was blocked because I used the word “tranny” in describing the NZ prime minister – you know, the horsefaced, globalist, psychotic, dictator who likes to walk about in a dress with it’s big greasy dick sticking out. Whoops, I can’t use the word tranny in Facebook world. Damn, forgot about that… So I had to switch to alt account #2, again for the first time this year. So far that account is still working OK and I watched a bunch of live feeds yesterday.

Every one of the tens of thousands of people watching those live feeds now knows for a fact that every last word jabcinda and the government funded puppet media says is all out utter horseshit, and some of that footage will probably go viral right around the world.

Already there are people throughout NZ, and in Australia too, saying they are inspired to pick up the torch and stand up to their oppressors, because of what they saw today in Wellington.

And I know that many people here were inspired by what we saw in Canada. Inspiration is what we all need right now. Am I not asking for trouble publicly naming all my Facebook accounts in a globalist police state?

Yes, probably, but I can never take back all the stuff I’ve posted online, and I know for a fact the NZ government is watching me because they have ordered me to remove content. So there is no point in trying to hide really, they have my details.

But I do have yet another Facebook account they may not know about, if I ever really need a forth option…