Like all of us who have been around a while, eventually I’ve come to recognise that sinking feeling.

I know that a couple of my Steemit friends are about to do posts revealing some very deep and very dirty Steemit secrets, and I wanted to write this post before reading them.

Undoubtedly they will involve events around 23 March 2016 (my birthday!), and reveal that nothing in the inner depths of Steemit is what it appears – yes, we have all been scammed one way or another.

Last night I watched an old episode of Monty Python from way back in 1969. Like a lot of old stuff it had layers of innovation and creativity, the likes of which has long disappeared from the world we live in now. And while watching, I hoovered down some primo bud from my Pax 3 vape and afterwards did a picture on my Samsung tablet. 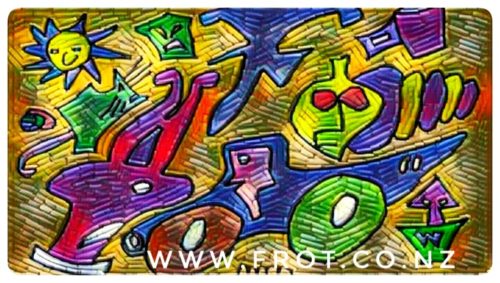 We have tools now that people in 1969 wouldn’t have dreamt of, but despite that, we are missing something – not a technology but a spirit of fearless creativity.

It’s hard to believe now, but there was a time when music really meant something. I had the good fortune to come of age in the 90’s. Sometimes when I want to revisit what it was like to have hope, energy, and no fear at all, I listen to music from 91. There were so many great albums from that year, but the three I listened to the most back then were Nirvana- Nevermind, Pearl Jam – Ten, and Jane’s Addiction – Ritual de lo Habitual (Ritual of the Habit)

Just in case anyone wants a taste of 91 – I recommend this video (there were occasional moments I had back then that were a bit like that – at least in my vague memory!)

Sometimes when I listen to them now I feel some of that 91 energy and they recharge me, but sometimes they remind me of all those sinking feelings since, and I feel a bit bummed. When Kurt Cobain killed himself in 94 (if that is really what happened? – we are seldom told anything true) I was so angry he did that, that I couldn’t listen to Nirvana for about six years. The impact was as intense as when I was told that one of my friends had just been killed in a cycling accident.

Cycling was my life, and another big part of the 90’s for me was the new sport of mountain biking. Particularly downhill racing. At that point I’d never had any serious injuries – broken bones were just seen as an inconvenience. And I had no fear. But a few years later while letting rip on a big downhill run, I wiped out bigtime and smashed the living crap out of my head. It wasn’t until about three months later, riding again, that I finally understood that my head was now different.

Coming into a technical section of track I braked and slowed down, and my friends got away from me. Afterwards, it dawned on me what had just happened – I’d felt fear and slowed down. And the sinking feeling was the knowledge that I probably wouldn’t ever ride fast without fear again. There is a well known book “Feel the fear and do it anyway” and on the one hand I’m sure there is wisdom to that saying but on the other I’m not convinced it’s possible to recreate those fearless moments in any kind of deliberate way. They are organic and come from forces way beyond our own control.

A few years later, for some reason my fear did go away for a few minutes at a big downhill race and I posted the fastest qualifying run. But in the finals it came rushing back, and after a minor crash I came 13th. At least I got my photo in the paper as a reminder of what it was like to have no fear. It was pretty fucking awesome. I think any of us who have ever experienced that feeling will never forget it, and probably never really accept living in a state of fear – fuck that shit… 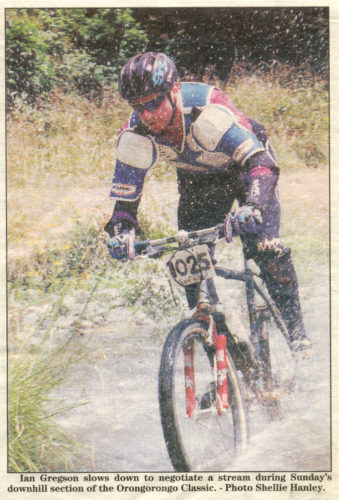 So back to Steemit – lately I’ve hesitated to post comments, and even hesitated to cast votes – because the chances are high it will lead to a flagging. I’m not publicly engaging with my own friends for fucks sake, because this is no longer a free platform. Only two years ago, it was very different. If this is all some psyop designed to either rip us off or make us scared to post anything controversial – all I can say is – for me that bullshit has to end today.

I had hopes of a free platform where we could say what we wanted to, but if everything we’ve worked for on Steemit can be taken away by a bunch of censorship bots, then I have nothing other than the friends I’ve made on Steemit. And if I have to talk to them in private because this platform is being watched and censored, then the end is nigh.

Sorry to be such a negative cunt, but I have no desire to post recipes – that is not my gig (I do like eating them though) I want to discuss things like any possible CIA involvement in Steemit, and why so many of my favourite Steemians have quit posting… Are we allowed to do that? – I don’t know, but there is only one way to find out.