The Ugly Truth Behind Steemit 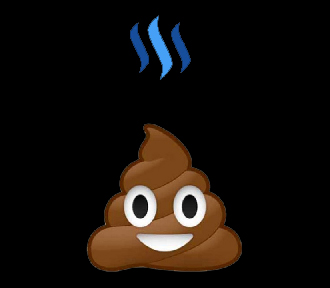 You post content, people decide if they like it or not and depending on how ‘popular’ it is, you get paid. Being able to monetize your content is great and it’s about time that we have a way to do it. However, when it comes to Steemit, appearance is deceiving.

Through a new account called ‘thereverseflash’, STEEM was launched on March 24, 2016 under the premise of Proof-of-Work, No ICO, No Premine.

At launch there were no compiled wallets and an error in the setup instructions which allowed only the developer to initially mine any STEEM. When users asked for assistance, none was given.

Later on, user ‘Eclipse Crypto’ discovered that the instructions given by the developer were incorrect, accounting for the errors everyone else was experiencing that was preventing them from being able to mine.

Once other users were able to join in on mining, the developer was confronted with another problem. Overnight, an error on the developer’s end resulted in all his miners crashing (for the second time). Other users continued mining STEEM during this time. The developer, upon realizing that he had lost some control of the supply, decided to re-launch STEEM to ensure that he alone had majority of supply (at least 75%+ of supply). As you can see the developer did everything possible to ensure almost complete centralization.

STEEM is not decentralized. From the beginning it was and still remains highly centralized. The launch of the STEEM network was heavily rigged to ensure that the developer and his ‘friends’ had control over majority of supply. Furthermore, this has major implications for the Steemit platform.

The top 247 accounts on Steemit (most of which are probably owned by the developer and his ‘friends’ through duplicate accounts) own ~87.50% of total stake, without including the main steemit account which is also controlled by the dev. Although any user can vote for content, the influence of your vote corresponds to the amount of STEEM you convert on your account. This means the typical user’s vote is almost meaningless unless they manage to acquire a high stake in total supply.

All content on Steemit is highly censored and centralized since the few actual users who own majority of the supply get to decide which posts make it to the front page and which posts get higher payouts. Accounts are easy to create and majority of the top accounts are most likely controlled by a small group of people making Steemit highly susceptible to sybil attacks. Simply put, for any content to make it to the front page, it is subject to the approval of the developer and his ‘friends’…

Are you an influential or well-known public figure? The developer and his ‘friends’ will give you a nice ‘payout’ so you feel good and start promoting their shady platform to the public. The number of people being lured in through this method is alarming and disappointing. Post something that the majority stakeholders don’t like and your post will never see the light of day despite being well-received by many users.

Reddit operates using an up-vote and down-vote system and every individual user can up-vote or down-vote content once. If a post gets enough up-votes, it can reach the front page.

Now imagine if each vote from the Reddit staff counted as 5000 votes. This is what is basically happening on Steemit.

Simplified overview of STEEM and Steemit.

The successful creation of a content monetization platform does not require the developer to create his own ‘token’ or economy but Steemit chose to do so anyways through the use of highly questionable methods.

“Daniel Larimer who I already considered a serial scammer due to his prior project BitShares, but some around the web have mentioned that he is actually on his forth scam that convinces unqualified investors to buy into a project with 0 chance of success. Mr. Larimer has also been famous in the Bitcoin circles for a long time due to his misunderstanding of what a blockchain is”

STEEMIT Started as a SCAM and Only Got Worse