Everything We Have Been Told Is A Lie – The Media’s Hall Of Mirrors That Controls Our Minds!

Our media systems are being used against us in a blatant attempt to control our minds and thought processes. This is an extremely dangerous situation and the problem is only growing worse. We have a duty to ourselves to protect our minds.

This is the fifth post of my series Everything We Have Been Told Is A Lie – Let Me Liberate You My Steemit Family! and links to the other posts will be provided at the bottom.

If we don’t own the freedom of our thoughts what freedom do we really have? The relentless media bombardment is stealing away the opportunity for us to think for ourselves. This is a huge topic and in this post I intend to cover some of the salient points and suggest some protective measures.

I have not owned a TV in many years and I do not desire one! ? 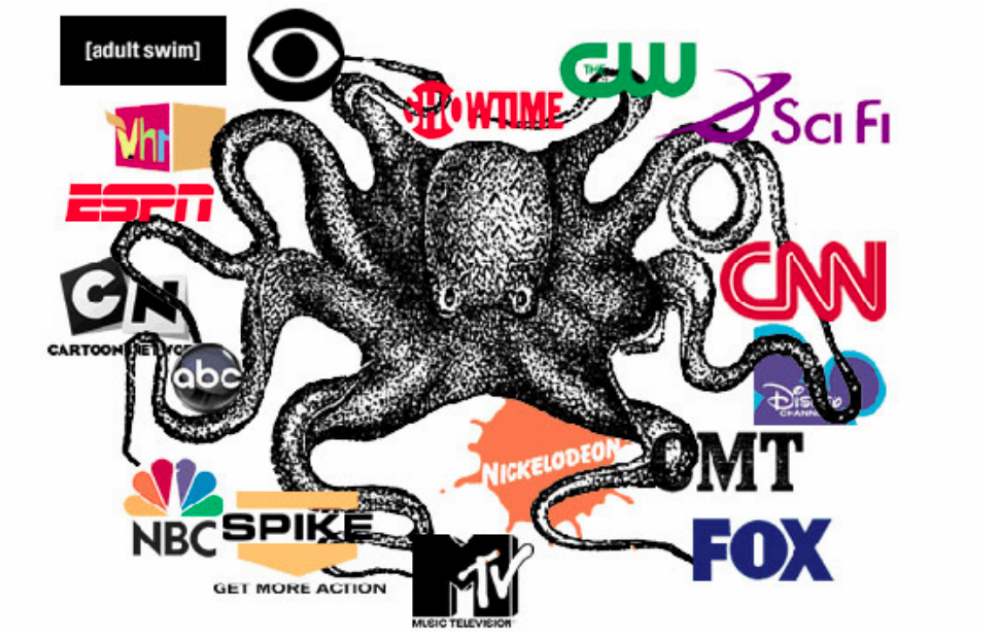 The Media As Propaganda Tool To Control Our Minds

Propaganda through media is ancient but public relations really came into its own during the 20th century. One of the most influential men in this process was Edward Bernays who is often referred to as the father of public relations. Bernays was the nephew of Sigmund Freud and was famous for such public relations exercises as overthrowing the Guatemalan government and encouraging female smoking by branding cigarettes as torches of freedom. Yuck!

Bernays along with the advances in propaganda during WW1 and WW2 helped to propel the power of the media to new heights. The ensuing attitude has been he who controls the media controls what people think. This control is both overt by directing our attention to certain subjects and covert through the use of subliminal messages. There have even been allegations of using the media for mass mind control.

In my lifetime I have witnessed the ownership of our media shrink into fewer and fewer hands. This consolidation of the media industry has allowed a few people to almost entirely control what we see, hear and think. As I outlined in my last post on our monetary system, I suspect that the private bankers who are able to print money out of thin air have used this purchasing power to control all aspects of our lives. It is my belief that the media consolidation today is reflection of these corrupt practices.

The power of the media has reached unbelievable heights and it has now become dangerous to our minds! The Illusion Of Choice – Controlled By Crooks!

Some of the major gatekeepers for what the US population think and care about are:

Who really owns these companies and controls such a large percentage of our thoughts? The web of connections that tie these conglomerates together is intricate but the real power is centralised in the hands of a very few powerful individuals. We can see this by the similarities in the reporting and narratives across the networks.

These are not only the gatekeepers for thought in the US but now their reach has grown globally. In western countries we are supposed to have anti monopoly laws… where are they? How is so much control and power given to so few people?

All these companies behave in a suspect manner and are often caught breaking the law. Lets just look at some actions that highlight how corrupt and ignoble the media industry has become: 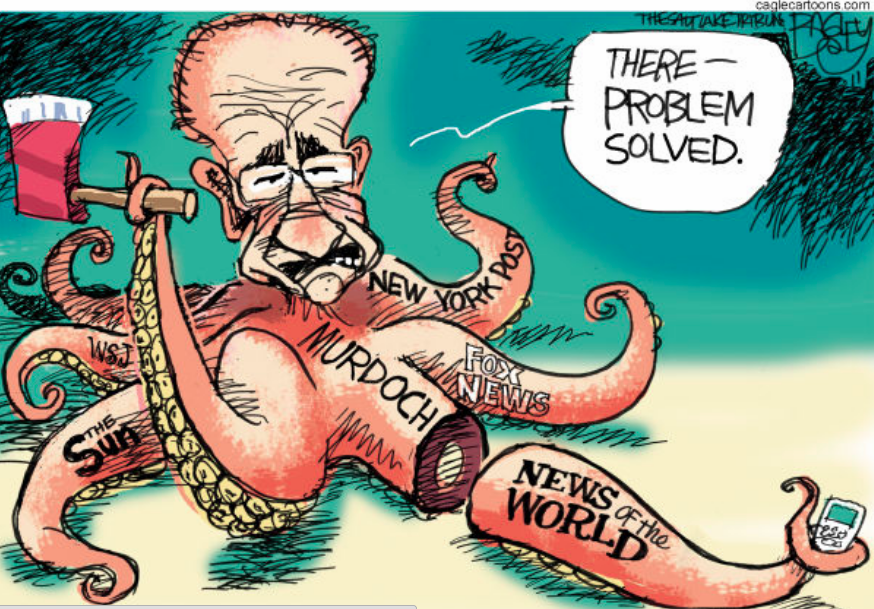 Newscorp is controlled by Rupert Murdoch and controls media around the globe. This guy is incredible and deserves an entire post to himself. Murdoch has been ruthless his entire life and is shrouded in controversy. In the early 2000’s Newscorp companies were shown to be illegally hacking into phone lines. Rupert and his son James admitted that a cover up of the hacking had taken place. Neither went to jail!

The number of admitted false flag attacks is long and growing. In every one of these events the media was used to fan public reaction so that the will of the people could be manipulated to achieve unacknowledged objectives. The media has always been complicit in supporting covert government action. It seems clear that the majority of the Steemit community does not believe the official narrative of 9/11 – it is so full of holes! However the media was used to manipulate public sentiment which has lead to years of war, massive profits for a few companies and untold death and misery around the world. I wonder why the same media is not calling for a reopening of the investigation into 9/11?

The film and music sections of the media industry have always had an atmosphere of sleaze attached to them. Rumours have circulated for years about pedophilia and sex for promotion being common currency for the tastemakers of American culture. Just recently media mogul Harvey Weintstein was fired from his own company over allegations of rampant sexual harassment. This sleazy creep has been influencing our minds for years! One of the biggest roles that our media seems to play today is to make our populations afraid. When people are afraid they are easy to manipulate. A frightened population can be manipulated into war or coerced into buying products. The people who run our media have years of experience in manipulating the human mind. Through monetary corruption the media industry is controlled by the same people who run the biggest corporations and corrupt our political systems.

Apart from war one topic which I believe the media has manipulated to create a emotive reaction from western populations is that of vaccines. Almost all the media being peddled in the mainstream follows the same narrative. This has frightened the people into accepting more and more vaccines throughout their life and stifled debate. This is demonstrably profitable for the big pharmaceutical companies. The fact that there is such limited reporting by the mainstream media on vaccine injuries is a major red flag! 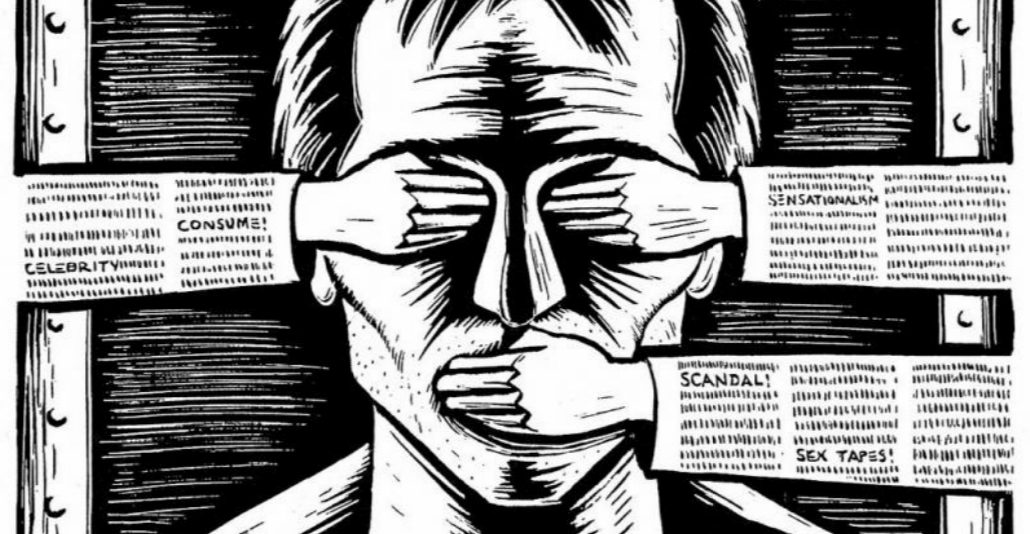 The media is manipulated for both overt and covert control of our populations. A recent example of this arose last month in Cambodia. The Prime Minister of Cambodia Hun Sen‘s government recently brought charges of tax evasion against a supposedly ‘independent’ news paper The Cambodia Daily which forced it’s closure last month. This is clearly an overt display of media control.

However the plot thickens with a little research. Since 1993 The Cambodia Daily has been published by Bernard Krisher who is a member of The Council on Foreign Relations also known as the CFR. This organisation is incredibly suspect and has been accused of endless corruption and being an executive arm of the New World Order. It seems clear to me that the CFR was covertly manipulating the media in Cambodia through it’s agent Krishr. This happens all over the world.

It is nice to have such a pertinent current event to demonstrate both overt and covert control of the media! ?

There are several other methods of covert manipulation that are used in the media industry. I do not want to make this post too long but one that needs to be addressed here is political lobbying. The media lobby admits to being one of the top ten lobby groups in Washington. Untold millions are spent to lobby American politicians to pass laws which favour media consolidation and protect their crimes while disadvantage the public interest. Dumbing Down The Population

One of the most worrying trends is known as “dumbing down the population”. We only have 24 hours in each day and after the bills are paid there is very little time free time. This is where the media comes in. The corrupt media spends enormous amounts of money to fill our minds with useless information. Here are three examples:

I have nothing against sport. I enjoy sport and know it brings valuable additions to our lives such as health and team building. However the form of sport we have in the west today has been used for more nefarious purposes. The amount of time that is spent discussing sport on TV, Radio and in newspapers is enormous. I believe sport is one of the mechanisms used to distract our minds while our liberty and personal wealth are stolen from us.

The sheer volume of pop music released today and the enormous resources spent on promoting it boggles the mind. Much of it sounds the same and there are few if any messages to inspire us to love and respect each other. Music is a powerful tool that is very important to try and control. Sadly musicians with honest and peaceful messages seem to die young.

Insipid pop music is rammed into the ears of our populations through the corporate controlled radio stations. This very prevalent today in Australia and makes a lot of profits for the music industry. In the times between pop music there seems to be endless talk back radio. The topics covered on these programs are celebrities and other media groupies, sport and other inane babble. There are extremely important topics we should be discussing in our media such as our monetary system but they are never covered. This is not by mistake! 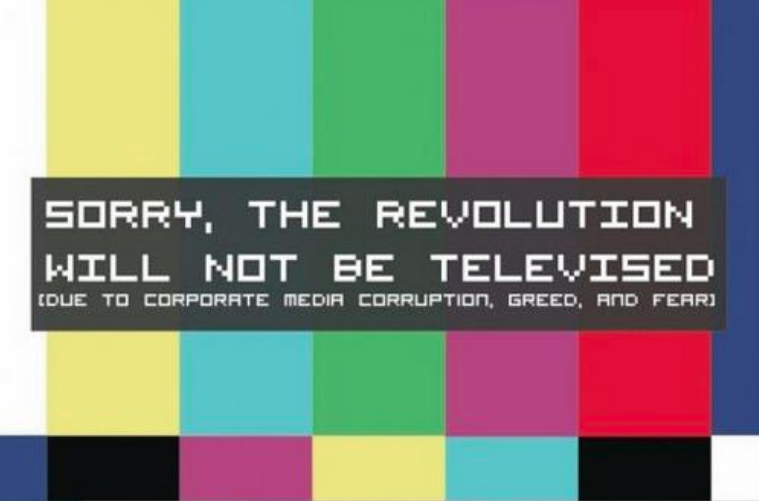 Who Benefits From This Control?

There are clearly a few major players who benefit from controlling our media. On the surface it appears that the government, the media industry and the corporations who advertise benefit. However there are undisclosed interests in this mix. The bankers who have been able to buy our entire planet have further agendas. They own the defence industry and manipulating the public into acts of war is very profitable. It is also in the interests of these bankers that no honest public discussion takes place regarding the creation and distribution of our money. The fact that this subject is never discussed is a MASSIVE red flag!

One of the topics that I have not covered in this post is subliminal messaging because I believe it deserves a post of its own. Briefly however it is clear that messages can be implanted into our subconscious minds by flashing images on a screen which are too quick for our conscious mind to identify. Many examples of this technique being used exist but what is most disturbing is that in the US there is still no law prohibiting this practice. How does this lack of legislation impact democratic elections? What is going on here? What Can We Do About This? Protect Your Mind!

I believe that the media is there to harm us not help us. There is so much poisonous content being broadcast at us it is difficult to see through the haze! Don’t worry it can be remedied – just turn your TV and Radio off and stop reading newspapers. I guarantee you that within two weeks you will feel much better. All of the potential negative health and mental damage caused by our media will be cut out and you will be healthier in every way. If you want some excellent music to listen to from a non-profit community radio station I suggest PBS FM Melbourne. ?

Once your mind is free from the media poison you can return to media in small doses. A break from the media will give you time to analyse things and when you return to the media you will do so from a position of greater mental strength. When we look at the media objectively a forrest of red flags appear. The fact that our media never discusses how money is created is perhaps the biggest red flag of all.

Journalism does not ask pertinent questions any more and that is an atrocity of integrity. We need to look for new and innovative approaches to honest journalism and I believe Steemit is a great example of this development. So free your minds from the media poison and keep on Steemin’! ? 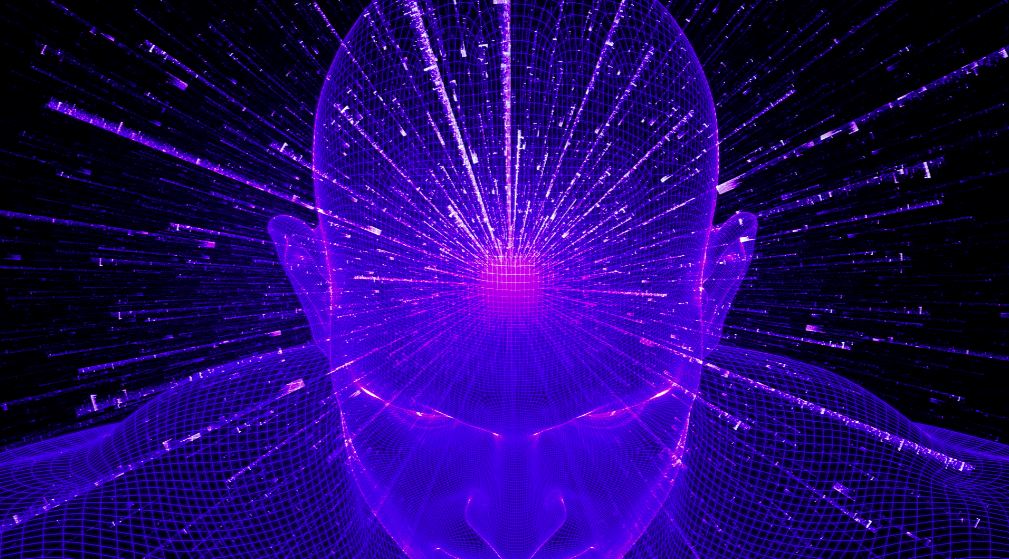 Jockey loves you All and believes you deserve to live with peace, dignity & liberty! ?