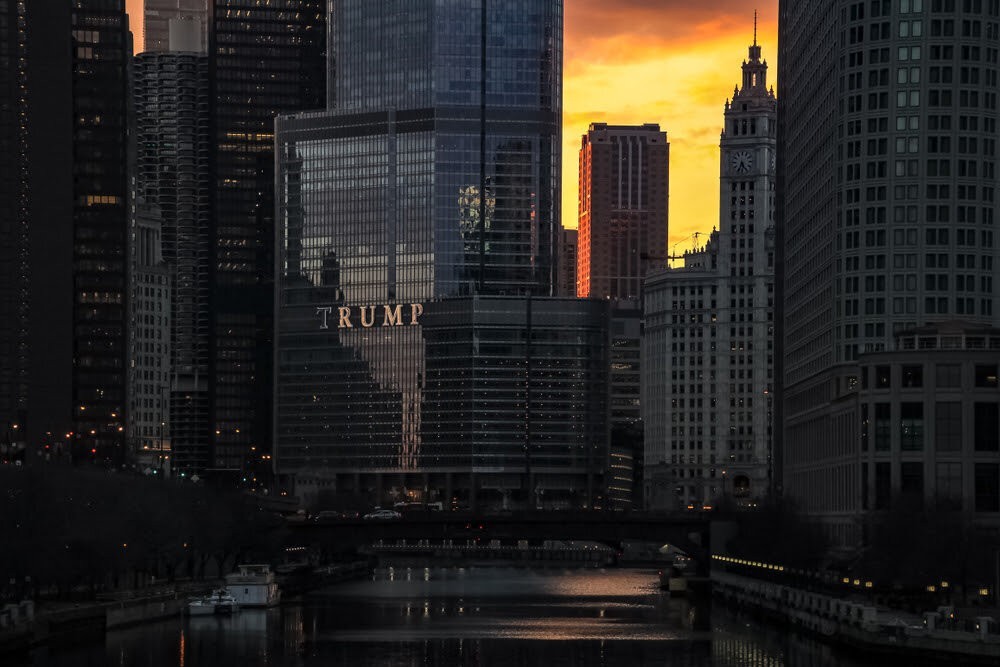 We can give up, freak out, stare at our navels, and whimper “Everything is fucked, the end is nigh, and we are all communists together now. Please let me suck your greasy dick oh mighty leader”.

Or we can think along these lines. This is an inspiring article by Martin Geddes that was written in August 2019 and has been widely shared on the internet, Right now, this is the sort of information we really need in 2021.

I wish to share a few thoughts on how you might go about preparing for the “expected unexpected”.

It is not a novel insight to point out that major geopolitical change is an ongoing process. Key events in living memory would include:

Here in the late 2010s, it is arguable that we are seeing the decline and end of Globalism, together with many supporting institutions and doctrines. Whilst the counter-trend is labelled Nationalism by the media, it is better seen as anti-authoritarianism. The demand is for power be held closer to the people, rather than by an unaccountable political establishment.

Anti-globalism is the narrative that joins together otherwise seemingly disparate events — mass protests in Hong Kong, Brexit in the UK, a “cold” civil war in France, a new government in Brazil, and the Trump administration in the USA. Working people are tired of extreme wealth disparities, declining standards of living, and mass migration causing cultural upheaval.

Most of all, ordinary people demand an end to their exploitation through endemic corruption. Specifically, a two-tier justice system has evolved where a privileged class can easily evade consequences for their thieving behaviour. This powerful stateless mafia — which controls many important political, financial, media and industrial institutions — now faces removal and justice.

We have seen a number of corruption scandals break recently, including:

Now that the Mueller investigation has collapsed into nothing of consequence, there are at least six major scandals about to break in Washington DC:

Corruption is a widespread phenomenon. Anti-corruption initiatives have a long history. Multinational business has been a thing for centuries. That there might be a coordinated multi-country corruption purge should not be a matter of great controversy.

It is the confluence of so many simultaneous major scandals that is what gives #TheStorm its moniker and “black swan” outlier status. It will sweep away some compromised institutions, and put many previously untouchable people in jail. This is a paradigm change in government and business, restoring trust and honour that have been missing for decades.

THE END OF THE AMERICAN ‘DEEP STATE’

Whether it has been the East India Company, the Venetians, or the Spanish in South America, international trade has always allied to intelligence gathering — and trodden a fine line between legitimate commerce and organised crime (e.g. the opium wars, theft of gold).

To understand #TheStorm we need to recognise that the problem of a two-tier justice system itself comes from transnational crime cartels. Corruption has its own business model, strategies, and organisational design patterns. “Institutionalised crime” syndicates are often of a military-like nature, with power coming from spying, clandestine operations, subversion, esoteric science, and deception.

That power is tied to specific families and secret societies, many being in Europe and Asia. From its founding, the United States has been fighting against fifth columnists, who were often working on behalf of European banking, aristocratic, and religious powers. They have used their military intelligence networks to infiltrate American institutions and install their own people — who often become celebrated as quintessentially “American” in the process!

Three notable and well-documented events from the 1940s-1970s paint the contextual picture:

An unconstitutional private central bank — the Federal Reserve — was able to print as much money as necessary to bribe whoever it saw fit. This funded the activities of allied crooked banks, media companies, and military-industrial corporations. Collectively these “Deep State” actors over time compromised the US judicial, legal, and political systems — and subverted the Constitution.

Once civilian institutions are too compromised, the only remaining way of peacefully reversing these changes is via the military. Trump is far more than a figurehead, but to focus on him alone is to miss the big picture. He is the most visible part of a multi-decade Patriot plan to retake the country from the bankster criminals, and give it back to its people.

The Trump administration explicitly advertises itself as not just another 4 year election cycle — “Our movement is about replacing a failed and corrupt political establishment with a new Government controlled by you the American people.” It would be wise to take Trump and his generals very literally when they state their intentions, as their lives are on the line.

You can see Trump’s closeness to the military with:

A deeply embedded crime network has had effective control over the US DoJ, FBI, and CIA — as illustrated by the Clintons’ magical escapes from justice. A similar purge of corruption and taming of the Federal Reserve was attempted under JFK, and failed. The protection that the President needs can only come from a loyal military.

The “Q” programme of open source intelligence to bypass the compromised mass media is further evidence that this is a de facto military government with a civilian varnish. The legal and justice systems are being cleaned up, and the “pioneer public” primed for stunning revelations that will shake the foundations of society.

#TheStorm IS ABOUT TO MAKE LANDFALL

Sessions, Durham, Huber, Horowitz, Rosenstein, Barr — there are objective reasons to believe that large DoJ legal teams have been quietly working for a considerable period under these leaders. Their task is to indict those responsible for the scandals listed earlier. The job of some of these teams is complete, according to the DoJ website.

There has already been a record-breaking surge of indictments, arrests and convictions for human trafficking. There has also been extensive building work done at Guantanamo Bay, and a new senior judge has been appointed for military tribunals there. There is an enabling executive order on courts martial, and federal capital punishment has been reinstated. The President has made many proclamations on the treasonous nature of the offences, and that they must never recur.

What is going to happen in late 2019 and into early 2020 is that multiple connected scandals are all going to break in fast succession. They will involve crimes against humanity, and horrors we had hoped had ended with the Nazis, Chairman Mao, or Pol Pot. A recurring theme from insider leaks is that the trials are going to be televised as a kind of “Nuremberg 2.0”.

Trump is not a politician. #TheStorm is not politics. This is about fixing the framework in which politics happens. #TheStorm is a restoration of the American Republic under control of its citizens, and the Constitutional rule of law. The conspiracies against the people are very real, and their prosecution is now inevitable.

WHO ELSE? WHAT ELSE? WHERE ELSE?

These events are going to be a shock to most of the public, who have been lulled into complacency by a media conspiracy of silence. They will be scared and confused, since they will not know whom to trust, how bad the situation has been, or whether it is sufficiently contained.

Now is the time that forward-looking leaders can begin to prepare, so you can honestly state that this is on your radar, and you are taking proactive steps to manage the situation. There is ample evidence of this being a very real and serious situation, and to ignore it is irresponsible.

We can be reasonably certain that the following will experience major impacts from #TheStorm:

#TheStorm will reveal three scams that are each trillions of dollars in scope that will further damage the reputation of the media, academia, government, and religious bodies:

SO WHAT AND WHAT NEXT?

This is a “trust apocalypse”: those who you were taught were most worthy of trust will repeatedly be proven to have betrayed it. Conversely, you will discover who the truly trustworthy are, as the lies and scams are exposed.

Confronting something of this magnitude in our own lifetimes can seem rather daunting. The MBA strategy books focus mainly on the positive creation of value in the legitimate economy. Where we touch on fraud and crime it comes clearly boundaried in topics like “revenue assurance” and “business continuity planning”.

The collapse of a longstanding massive network of organised crime that intersects with every sector has no precedent. There isn’t a chapter for this kind of scenario in the textbooks. We just know that the November 2020 election cycle is a forcing function: the “swamp” needs to be exposed before then — so that the public is clamouring for total drainage.

To deal with this situation, here are some initial suggestions as to how you can take action now: