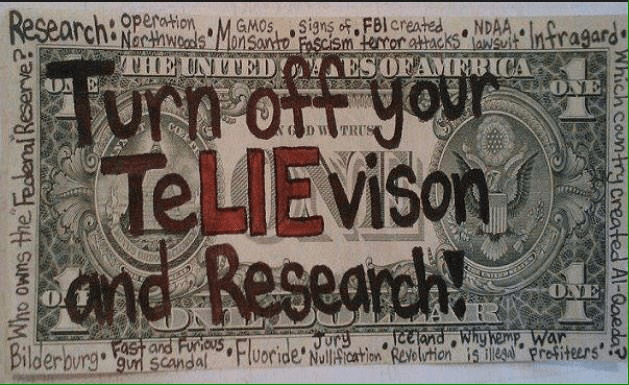 It has been long known that both germ theory and vaccinations are utter bullshit. But this latest virus plandemic scam brings home yet again that most people just don’t understand the basics…

Like much other medical information published over 60 years ago, the classic anti-vaccination book “The Poisoned Needle” by Eleanor McBean (1957) reveals many truths long since heavily oppressed by our controlled media and corrupt sickness industry.

It is available free online HERE Vaccination is based on a false premise – Eleanor McBean The false “germ theory” of disease, upon which vaccination is based, has been the blind leader of the blind that has dragged the medical system and the impressionable public deeper into the morass of confusion and disease.

The nebulous theory of “anti-bodies” is the main prop that holds up the dead corpse of vaccination. In volume 6 of THE HYGIENIC SYSTEM, Dr. Herbert M. Shelton brings into sharper focus this “tricky” subject of anti-bodies. These elusive little nothings have fooled the people and served the uses of the doctors but have vanished into theory when subjected to the clear light of scientific investigation.

Dr. Shelton writes: “The whole of the modern medical practice of vaccine, serum and antitoxin therapy is based upon the supposition that the body manufactures substances called anti-toxins, anti-bodies, antigens, etc., which are capable of meeting and destroying toxins that get into the body.

The idea seems to be sound, although it is possible that the work of destroying such toxins is that of the detoxification carried on by the liver, and lymph glands, etc. Anti-toxins, antibodies, antigens, etc., have never been isolated. They have only been assumed, while the practice based upon their assumed existence has been both a failure and disaster. However, this may not be due to their non-existence. If they exist it is impossible to separate them from the proteins of the animal’s blood (in making vaccines) and these proteins when injected directly into the blood of another animal (or human being) are very poisonous.

Besides this, there is no evidence that the anti-toxins of one species can be made use of by another species. Where vaccines are employed, it constitutes the introduction of actual disease matter into the blood. That is, the supposed causative germs or some product of the disease is introduced into the body. The consequences are often terrible. Real benefits are never observed.

“If the hypothesis that the body manufactures anti-toxins, anti-bodies, etc., is correct it still remains to be proven that the body ever manufactures these greatly in excess of the need for them. It cannot be shown that ‘free’ anti-toxin, anti-bodies, etc., are suspended in the blood serum and can therefore be transferred to another animal in sufficient quantities to be of use to the receiving animal.

The renowned Dr. Antoine Bechamp, one of the world’s foremost scientists and bacteriologists, observed that the micro-organisms that are ordinarily called germs, evolve out of decaying cells they helped to build, and take part in the decomposing of the ever changing life substance and help to form it into material usable again by nature. Thus, when germs are found within a sick body it is not that they entered from outside and caused the disease. It is because they developed from the decaying cells within the body and have an important part to play in helping to handle the waste and destruction brought about by serums, drugs and other poisons forced upon the body from without.

Perhaps our modern bacteriologists have seen this activity of the “microzymas” and jumped to the conclusion that they are anti-bodies fighting disease and that they (the doctors) must inject more of them into the body by way of vaccines. But anyone with common sense and reasoning can see that this would only interfere and disrupt the well organized efforts of nature. This is the reason why vaccination has taken such a heavy toll of lives and has produced such widespread disease.

“Nature makes no mistakes and violates no laws. She is uniformly governed by fixed principles and all her actions harmonize with the laws that govern these actions.” (THE HYGIENIC SYSTEM, p. 48 — Shelton)

“The best, indeed the only, method of promoting individual and public health is to teach people the laws of nature and thus teach them how to preserve their health. Immunization programs are futile and are based on the delusions that the law of cause and effect can be annulled. Vaccines and serums are employed as substitutes for right living; they are intended to supplant obedience to the laws of life. Such programs are slaps in the face of law and order. Belief in immunization is a form of delusional insanity.” (PRINCIPLES OF NATURAL HEALING — p. 478 — Shelton)