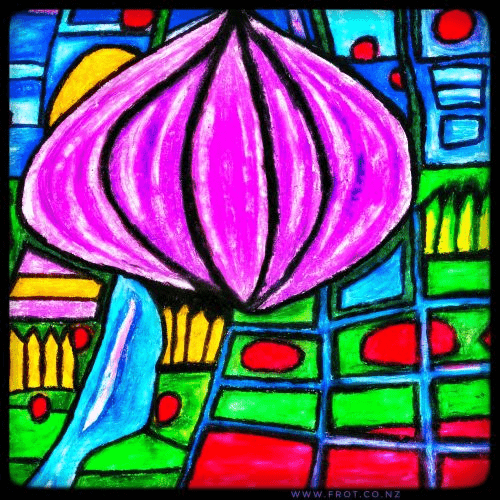 There has been a lot of excitement over Bitcoin recently. In the past week it has gone up 15% and that is great.

But last night I was looking at my portfolio on Coingecko and realised that eight of the 10 alt-coins I’m holding have gone up more than Bitcoin in the past seven days. And that is even better!

So my portfolio is going off, and now seems like a good time to celebrate while the sun is shining.

Here is a list of those 10 coins in order of gains over the past seven days, with brief descriptions from Cryptocompare.

In the top spot is Cardano – I’ve been watching Cardano for nearly four years and while a lot of people have given up on it, I still have high hopes. This past week it has really taken off. I’m not going to pretend I understand this one at all, but I read an impressive review of it and decided to take a small punt. I don’t really follow it and have no idea why it is so popular right now. Numeraire is a network of data scientists that are incentivised to forecast models to improve hedge fund returns. It is the token that facilitates the reward structure that correct predictions receive. Founders described it as a social network or software company whose business model happens to be a hedge fund. Status is an open source messaging platform and mobile browser that allows users to interact with decentralized applications (dApps) that run on the Ethereum Network. In Status, users own and control their own data, wealth and digital identity.

I was never really all that into Litecoin but am just holding some because it’s so popular. Getting listed on Paypal seems to have given it new life. Litecoin provides faster transaction confirmations (2.5 minutes on average) and uses a memory-hard, scrypt-based mining proof-of-work algorithm to target the regular computers and GPUs most people already have – which are its main differentials to Bitcoin. The Litecoin network is scheduled to produce 84 million currency units with a halving in reward every four years just like Bitcoin.

This is my big alt pick – As well as the tech side of things, I am hoping it will become the next mainstream investment coin when Bitcoin is widely perceived as too expensive. And it is certainly doing very well. Ethereum is a decentralized platform that runs smart contracts: applications that run exactly as programmed without any possibility of downtime, censorship, fraud or third party interference. In the Ethereum protocol and blockchain there is a price for each operation. The general idea is, in order to have things transferred or executed by the network, you have to consume or burn Gas. ZCash is a privacy driven cryptocurrency. It uses the Equihash as an algorithm, which is an asymmetric memory-hard Proof of Work algorithm based on the generalized birthday problem. It relies on high RAM requirements to bottleneck the generation of proofs and making ASIC development unfeasible.

ZCash uses zero-knowledge Succinct Non-interactive Arguments of Knowledge (zk-SNARKs) to ensure that all information (sender, receiver, amount) is encrypted, without the possibility of double-spending. The only information that is revealed regarding transactions is the time in which they take place.

Another wild punt – it’s paying off so far, but people seem to have a love or hate response to this one Tezos is a new decentralized blockchain that governs itself by establishing a true digital commonwealth. It facilitates formal verification, a technique that mathematically proves the correctness of the code governing transactions and boosts the security of the most sensitive or financially weighted smart contracts.

Tezos takes a fundamentally different approach to governance by creating governance rules for stakeholders to approve of protocol upgrades that are then automatically deployed on the network. When a developer proposes a protocol upgrade, they can attach an invoice to be paid out to their address upon approval and inclusion of their upgrade. This approach provides a strong incentive for participation in the Tezos core development and further decentralizes the maintenance of the network. It compensates developers with tokens that have immediate value rather than forcing them to seek corporate sponsorships, foundation salaries, or work for Internet fame alone.

This is my old favourite – after Bitcoin, the first crypto I ever bought. It works well as a crypto for people to actually use, rather than just as an investment. And it’s a privacy coin too. Dash (DASH) is digital cash designed to offer financial freedom to everyone. Payments are instant, easy and secure, with near-zero fees.

Built to support real-life use cases, Dash is the leading decentralized payment solution. Users can purchase goods at thousands of merchants and trade it at major exchanges and brokers around the globe.

There are two coins in my portfolio that haven’t gone up more than Bitcoin, but they have still gone up.

Like Dash, Monero is a privacy coin. I see it as the best coin for overcoming any attempt at a globalist NWO economy, so it’s my #1 favourite. And it’s actually the coin I’ve made the biggest long term gains on, so in the bigger picture, coming in second to last here is not a problem. Monero is a decentralized cryptocurrency, meaning it is secure digital cash operated by a network of users. Transactions are confirmed by distributed consensus and then immutably recorded on the blockchain. Third-parties do not need to be trusted to keep your Monero safe.

Monero uses ring signatures, ring confidential transactions, and stealth addresses to obfuscate the origins, amounts, and destinations of all transactions. Monero provides all the benefits of a decentralized cryptocurrency, without any of the typical privacy concessions. Sending and receiving addresses as well as transacted amounts are obfuscated by default. Transactions on the Monero blockchain cannot be linked to a particular user or real-world identity.

Monero is fungible because it is private by default. Units of Monero cannot be blacklisted by vendors or exchanges due to their association in previous transactions.

And finally Hive – as I said in my previous post I still think Hive is a good investment.

Hive could be just about to take off and when the new 3Speak developments roll out they could be the trigger. In the meantime, 10% is OK. Hive is an open-source blockchain, forged in years of development to bring Web 3.0 to the world. With a diverse community of stakeholders and without controlling bad actors, individuals can experience true ownership in a decentralized blockchain & cryptocurrency.

Hive distributes the new coins based on the Proof of Brain mechanism (PoB). Although it also distributes it to the stake holders trough curation and staking rewards so it’s a bit of hybrid, DPoS/PoB.

And those are my crypto picks – it’s been quite a week!