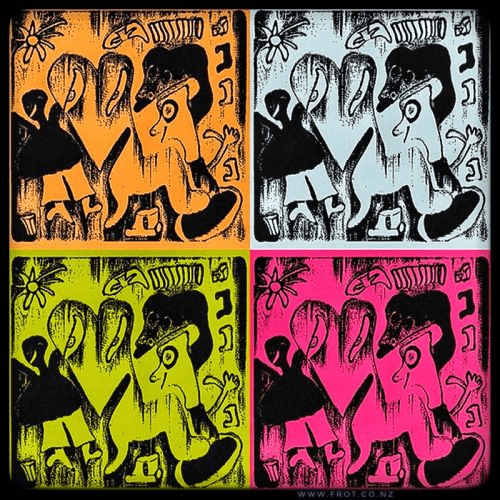 It’s becoming more common for people to openly use multiple accounts now, especially with new front ends like Leofinance. But back in Steemian times it was a dark secret, and while it was common practice, they were not often spoken of. There was so much flagging and shady voting going on, that multiple secret accounts were a good tactic.

I had 10 accounts on Steemit, so still do on Hive. Until recently I was really only using this account (@frot), but then I started thinking it could be fun to update a few of my old accounts, and I came up with a cunning plan to use four of my accounts.

For all my day to day posting, voting, commenting and posting to communities, I’ll continue to use this account. In terms of HP it was always my goal to have 100000 HP in my wallet so that I could upvote my favourite content and hopefully encourage my friends to post more. And now that I have that much in my wallet I’ve started delegating some to leo-voter to build up some more Leo tokens. All my voting from @frot is manual with no regard for returns at all, but it still pulls in around a 12% return from curation rewards anyway.

My secret squirrel account is @shralve. That account is just for passive investment – no voting, posting, or commenting, only delegating. I’ve been trying out a few different curation options and for a totally passive delegation, my pick is tipu because I like the way they do things and the returns are reasonable (around 10.5%). But I’m mostly delegating to my own accounts, which are obviously supporting my favourite content as well as making a better return.

Back in August 2016 I set up my first Steemit account @sift666 and did a lot with that account. Sometimes I got good post payouts, and sometimes I didn’t, but I actually did pretty well overall, mainly because I got so pissed off with all the bullshit on Steemit that I powered down my Steem and sold it while the price was still good. That and some other good crypto investments are a large part of the reason I’m now in the position of being able to have a decent crack at investing in Hive.

All the time I was posting as @sift666 I had a take no prisoners and suck no dicks attitude. Sometimes that got me flagged, blacklisted, unfollowed, and occasionally hassled by whales. One of the topics I regularly covered was vaccine dangers, and it was fortunate I had a large curator looking out for me or I would have been slaughtered.

Ultimately most of the best content I have ever posted on the blockchain was on my @sift666 account three to four years ago, and I want to share some of it again on Hive. But I can’t be arsed with flagging, or claims of plagiarising that might come up if I repost my own content, so I have turned off the rewards on that account and plan to see if I can get back some of my old attitude when the financial aspect of blogging is removed.

The sad truth is that for me, being an investor is an impediment to letting rip on my blog posts. So my @sift66 account is not for snowflakes, and I hope to start doing some uninhibited free expression again, with no desire for post payouts or popularity. More like the old days!

And my latest idea is to set up my own curation account – I had an account called @gimp sitting around in the basement that I set up late 2019 but never used. One of the cool things about having a long account history on Steemit (I even had three accounts way back in 2016) is that I have followed a lot of people, but have never before assembled them all into one follow list, so that was the first step of setting up @gimp.

On that account I plan to repost the occasional exceptional post, and do a few short posts of my own to make it clear that I’m not just another bot if anyone checks out the account, but mainly to regularly autovote a bunch of good content creators Straight away, that meant I was starting out with a list of over 2000 people I’m following. But my old follow lists were from Steemit and go back a long time, so most of those accounts (about 90%) have never posted on Hive. That’s OK though, if any of them come back I’ll see them come up in my feed. And about 10% of them are active, which leaves over 200 people posting new content, and I’ll add more new ones as I go.

So my @gimp feed is already pretty impressive and I’ve started seeing a bunch of content I would have otherwise missed. It’s sort of like having a “latest post” feed, but with good content rather than the utter crap you see on the real Hive latest post feed. I originally intended it to be all about autovoting, but the feed is interesting enough that I’ve started looking through it and following new people from my frot account: https://peakd.com/@gimp/feed

I am setting up autovotes for most of the active accounts. This serves two purposes. Firstly, votes encourage people to post more, and secondly the curation earns me rewards as well. So it grows Hive and it grows my own account. Two birds with one stone. To do that I’m using Hivevote: https://hive.vote

If this works well I’ll gradually increase the delegation to @gimp so that the vote value goes up. And that is my latest Hive Investment and Blogging plan.