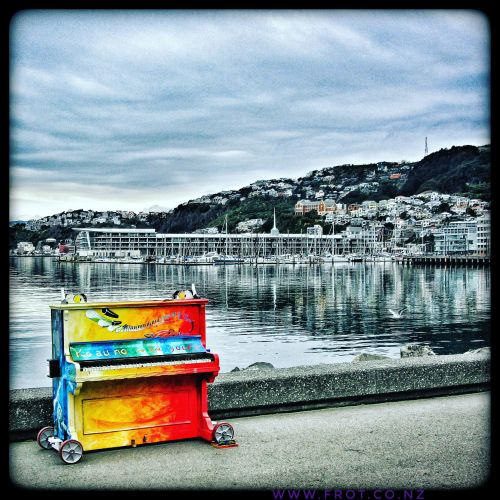 Back at the start of 2017 I had a raging desire to buy some of these new crypto things and become filthy rich.

As a newb trying to buy cryptos on an exchange was like the wild west. The websites sucked, the service was terrible, and the fees were high. And on top of all that they kept getting busted for doing dodgy shit.

I tried several exchanges and didn’t like any of them, but having said that I did eventually manage to buy some coins that a guy called Geoff Berwick kept raving about. They were called “Bitcoins”, they cost $1000 each, and that all worked out very well. I know Jeff Berwick has some odd history, but he’s OK by me! Earlier this year I heard about a new exchange based in New Zealand called Easy Crypto. Their website was great, and once I signed up and started dealing with them I found out just how good their service really was.

As a new customer I started out with a limit on how much I could buy in a month. But I had that raging desire to buy Bitcoins again, and so I exceeded my trading limit in a few days. “Can my limit be increased?” I emailed, and about 15 mins later got an email back from one of the owners saying “no problem, we have just raised it”.

The next coins I wanted to buy were Monero and Dash. As a new customer there were restrictions on buying “privacy coins” – but again one of the owners sorted that out for me in the blink of an email, and also gave me a discount on my fees from that point. And then I wanted to buy some more Hive – keep in mind that Hive had only recently hard forked. To my amazement I didn’t even have to ask – they had already added Hive two days earlier! When I first became a customer just over six months ago there was only three people doing everything, and it was a small NZ exchange. But they were great to deal with, and it was clear they would do well. Now they have a team of 24 and already have over 100,000 customers in New Zealand, Australia, South Africa and Nigeria, with Brazil and Ghana opening in a few weeks and more countries launching next year. As a business they are really on to it and I highly recommend them (No I’m not getting a commission or anything, I’m just being randomly enthusiastic)

“Easy Crypto is the fastest, easiest and safest way to buy and sell cryptocurrency. The safety of your money is our highest priority. That is why we do not store any of your funds or your private keys. Everything remains in your full control at all times, and we offer a 100% funds safety guarantee on all orders
We buy and sell more than 100 different currencies, and there are no hidden fees – the rates you see include absolutely everything! You can buy 24/7, and we have support on hand if you need it.
Sign up and have your coins sent to your private wallet within minutes!”

They also sell hardware wallets, and the one they recommend is the Trezor Model T. I have just bought one and will do a review soon. (Don’t freak about the price below, that is in NZ$, so is very similar to American pricing) This is an example of a crypto business that is growing rapidly because they are doing a lot of things very well. I know not many Leo Finance readers are in NZ, but don’t be surprised if you hear more of them soon.