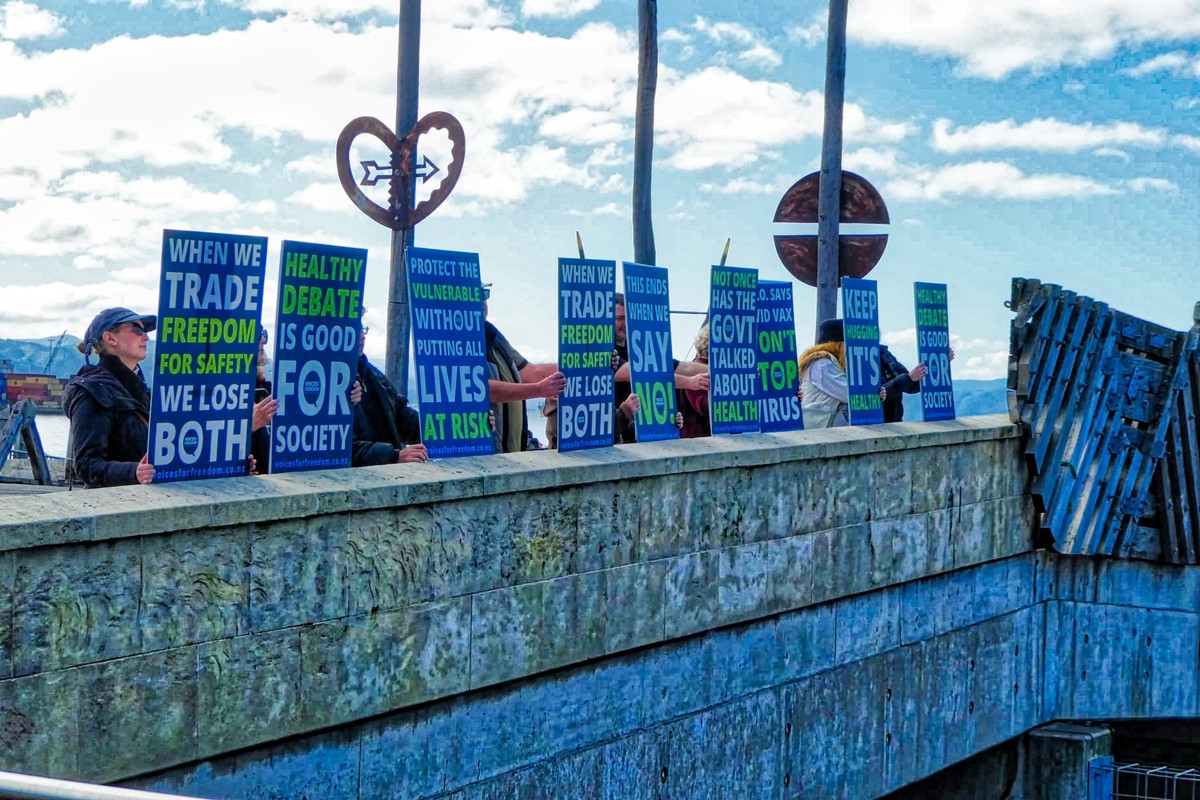 I received the following email:  “Could you post this on your blog please?”

Certainly! – I’ve been trying to say stuff like this for the past decade, so I’ll add a few pictures and also post it on Hive so that I can share it on Fakebook. (My blog is blocked by Fakebook)

“Remember we are doctors and have taken oaths, we have not made this stuff up. You couldn’t anyway” 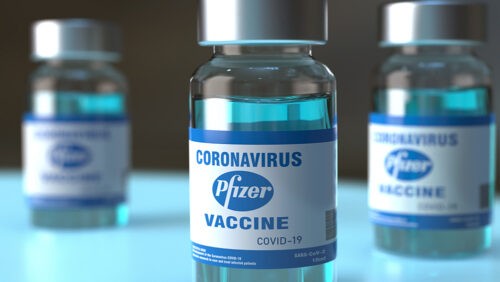 Deaf to the Deaths

Fellow Kiwis, this a post that we have worried we would need to write, once the evidence of death and serious injury from ‘the Pfizer’ became clear enough, and we could receive confirmation from various sources.

That time is now. Everything that follows is the truth, as best as we can uncover it in these sinister times, from reports made to us and from our own investigations. Many concerned, passionate and courageous “ordinary heroes” who are exhausted yet tireless, scared yet redoubtable, and furious yet focused are DETERMINED to rescue our beautiful country and we thank them from the bottom of our hearts. Like us at NZDSOS they probably never imagined in a million years they would be cast into this situation. Perhaps Solzhenitsyn’s Gulag Archipelago should have been required reading at our schools.

Thankfully, many Kiwis do talk to each other when bad things happen, and they are talking to us now.

Get ready for the tragic consensus.

We believe the toll of dead and injured is at least order of magnitude greater than we are being told. Yes that’s 10x more, so rather than the couple of dead people the gov grudgingly tells  might just be related, out of the dozen or so death reports only the government claims to have received,  we say that at least 40 human beings have died already, often suddenly and unexpectedly, suspiciously close to their vaccination. We know of another 80 ‘probables and possibles’ where there is not yet enough information on timing etc.  Most of these cases are close enough that a proper investigation MUST be carried out, as befits the clinical trial that all recipients are part of.

However, some uncertainties exist of course, not least due to the  forces apparently pre-aligned against  proper reporting. Absolutely, some of these cases could turn out to be unrelated, but we know that few  will be investigated properly, if at all,  and not least because ACC could be bankrupt overnight if the truth emerged, and the streets would be seething. Utes blocking our cities? You ain’t seen nothing.

Many of the injured feel fobbed-off but angry and are shooting videos and photos. What has really struck us in following up these reports is the climate of fear of speaking up amongst the shocked and bereaved, and this is present in society generally. We would never disclose private details unless asked of course, and many reports are made by concerned friends and family without the knowledge of close relatives.  This is unsurprising given the control and suppression of social and intellectual discourse theses days in favour of a single narrative. Social media has been so weaponised that bereaved parents might even continue to recommend vaccination, out of  the dread of losing their last remaining links to their support groups and a desperate need for their sacrifice to the greater good to be validated. All this whilst at their most vulnerable and raw. Human psychology laid painfully bare…

Based on the huge numbers of post vaccine deaths reported in the US, EU and UK (now over 30 000), it is frankly ridiculous to imagine that our ‘vaccine trial team of 5 million’ would not have to offer up it’s own casualties to Pfizer et al, so by extrapolation we would have expected at least 20  deaths so far, and have been warning the media, government and all MPs of this from the start. In fact, as we write this a law suit has been filed against the CDC by an insider who claims a dramatic suppression of the true number, likely 45 000, this in the US alone. If accurate, and Hipkins has his way, then several hundreds of dead Kiwis – and thousands of seriously harmed – will give lie to safe and effective.

Remember we are doctors and have taken oaths, we have not made this stuff up. You couldn’t anyway.

It appears that the unwillingness and inability to investigate any deaths was baked into this rotten cake months ago. From the get-go, the CDC in the US knew that serious harms and deaths would result, and so would Medsafe have been aware. Tenders to software companies by the UK government before their roll-out PROVED that it was expecting an avalanche of serious effects that would cause existing on-line systems to collapse. This is all now public domain information.

In fact our politicians and ‘vaccinologists’, with zero training in forensic pathology but expertise only in cheerleading this particular vaccine come hell or high water, and with apparent superpowers of foresight and X-Ray vision, are stating that deaths are unrelated, sometimes after only a few unseemly days. Their  apparent certainty is nauseating and extremely offensive. They are like a truculant child who screws its eyes shut to deny to itself that the milk is even spilt.

It is doubtful that enough timely post mortems can happen to inform  rapid inquests to prove absolute causation and call a halt, given the very convenient shortage of pathologists and coroners. We have been told, and directly experienced, that our monitoring systems are overwhelmed and underfunded. The  Centre for Adverse Reaction Monitoring (CARM)  is overloaded, and Healthline has written urgently to MOH to report the  unanticipated volume of reactions being reported. No reply so far, but this is  our experience too of the Ministry of the Only Source of Truth.

What to do with this death and injury info? Well if the media was in any way our proper fourth estate, they would be educating and informing, and demanding accountability. But, it no longer ‘leads if it bleeds’ – or clots either. Sadly, even recently sympathetic commercial radio has been brought back into line. Our lawyers confirm we are absolutely entitled and  morally compelled to raise an alarm so that those paid to respond may feel obligated to investigate, or dismiss the information at least. This is hard factual data that requires the time of day from our bureaucrats and professionals.

The morally corrupt and deniers will cry “Conjecture, innuendo, smears, half truths!”; perhaps we are trying to scupper the imminent super-vaxer stadium event in Auckland, of up to 15 000 of our young, or the inaugural schools roll-out intended for Wanganui, to greet them next week after their holiday.

How many of these kids will be first  told that the vaccine has killed over 30 000 people around the world, but true numbers will never be known. That the vaccine does not stay in the arm, as our leaders lied ridiculously, but concentrates in the ovaries, brain, heart, bone marrow etc. This may mean nothing, or a very nasty something. We just don’t know, THERE IS NO DATA but we have our suspicions.

As do the government have their suspicions….

…. that paramedics may need to follow up or report vaccine injuries, so are prevented from doing so

…. that hospital docs might need to access the vaccine record database to deal with blood clots or other  cases, so this is made difficult for them

…. that there are conscientious concerned hospital workers, so should be dobbed in on a confidential phone line

….. that people may ask doctors if their stroke, heart attack or other illness, or their loved one’s death is related, so the Medical Council commands that we parrot the “Safe and Effective “ mantra, hoping we will get in behind, abandon informed consent, look away, and not function as society’s early warning system for this experimental gene therapy.

….and finally that doctors may be compelled to speak out.  So we are, and by sending confidential messages and speaking to us directly,  so are many others. We are grateful to them, and to the the public, the paramedics, nurses, allied health and admin staff in the health system, and emergency and frontline and military workers who are all bearing witness.

Shame on everyone involved in pushing this illegal, unethical, experimental and frankly lethal injection, with some seeming bizarre and undisclosed properties, especially into children and pregnant women! Doctors, start thinking for yourselves again, are you in a trance? But the usual mantra is that the hypnotised do not do things that contravene an important moral principle. Maybe that is crap?

So come on Hipkins, and the rest of you also behaving like unreconstructed power-drunk autocrats, instead of threatening us all, like the line you crossed on July 10 2021, with forced injections, “by any means necessary”, like some Stalinist or Nazi jackbooted thug, please do the job we pay you for, open your eyes and look around, and reject the orders that have already killed some of us, no matter what the inducements offered to you or threats made..

And if you don’t, along with your attack dogs in the media and the apocryphal ‘good people standing by doing nothing’, may you look into your children’s’ eyes and never have a restful night’s sleep again.

Come on Kiwis. Bloody wake up. 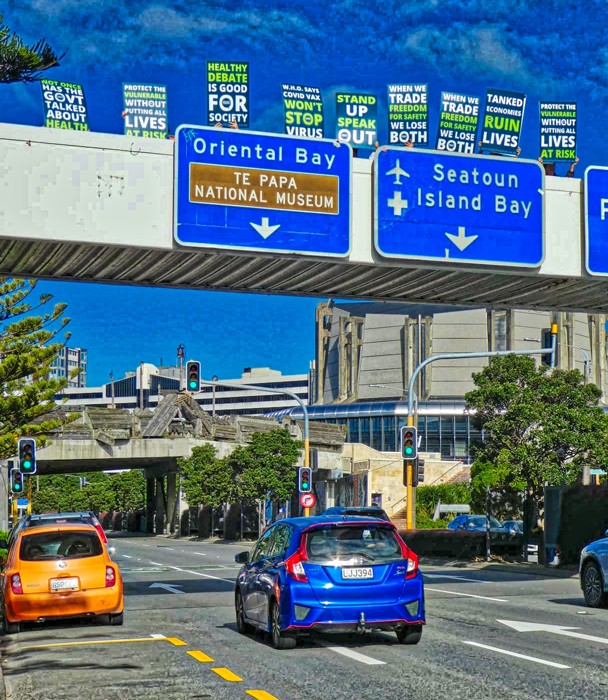 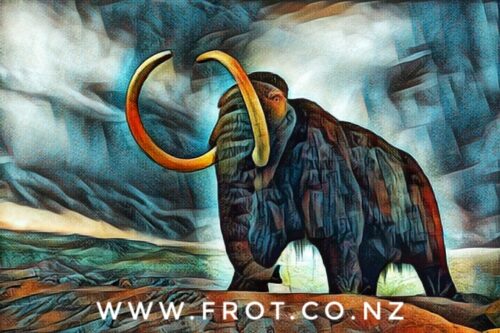