The Remedy For True Health & The True Origin Of Vaccines 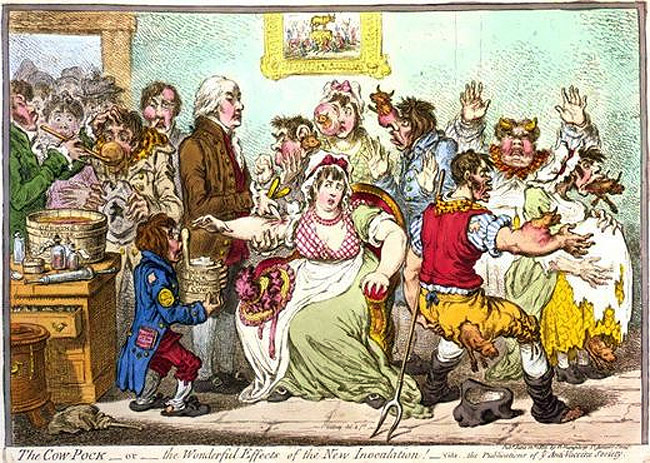 This is a 1802 painting of smallpox vaccine inventor Dr. Edward Jenner vaccinating a room full of people who then sprout cows from their bodies. The painting illustrates popular 17th century fears about vaccination. The caption reads “The Cow Pock – or – the Wonderful Effects of the New Inoculation.”

If we look at ancient teachings – those which have been around since well before the fairly new invention of ‘modern,’ allopathic medicine, which has only been in existence really since the 19th century, and the dawn of ‘germ theory, ‘ instead of relying on the advice of an industry which has grown swollen with greed, might we not discover simple, profound measures to heal the body, once and for all?

Related: Clive de Carle: How You Can Restore Your Health, Enabling Your Body To Self-Repair From Virtually

Since the rise of western medicine, influenced by the ancient teachings of Greece, but somehow divorced from the more insightful teachings of that time, we have tried to sanitize the world to pieces.

We remove limbs and organs with multiple surgeries, blast cells with radiation and chemotherapy, and treat our natural immune system like a four letter word. We give more vaccines than ever, yet somehow various ‘germs’ and ‘super bugs’ have taken over. We now have the first generation in history that will likely not outlive its parents.

You might say that modern doctors, with few exceptions, practice medical warfare, instead of true healing. All medical ethics have been abandoned for a Rockefeller-Rothschild-Jesuit influenced poisoned needle. In fact, the origins of vaccination, just one modern medical modus operandi, might shock you.

All Through the Help of a ‘Lady’

The history of dumbing down a nation(s) with inoculation is much like the famous tale of the defeat of Troy using a wooden horse. Inoculation was introduced in India using Lady Montague as a smokescreen. Lady Montague wasn’t even a doctor. Women doctors did not appear until over 100 years later. 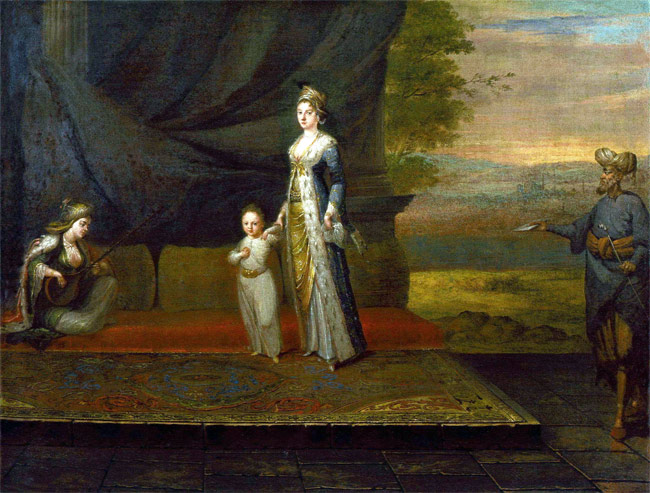 In the year 1717, Lady Mary Wortley Montagu was the smokescreen that the Jesuits used to introduce this religious rite into England. Inoculation or variolation was given the sanction of the Royal Family when two daughters of the Prince of Wales were vaccinated. Barbaric as this religious rite was; it was the human disease of smallpox that was injected into the bloodstream. Inoculation was the foot-in-the-door to prepare the people for something far worse.

Inoculation against smallpox is what led to the ‘vaccination generation,’ but this disease festered in the unsanitary conditions of poverty – as many illnesses do. Vaccines did not eradicate smallpox, quarantine and the improved and more hygienic living conditions of people is what stopped it from spreading. Since that time vaccines have been developed to include a host of carcinogens and other ingredients that could only rightly be called toxic waste.

Just some of the many toxic substances added to vaccines include:

Mercury, which constitutes 49.7% of thimerosal (or thimerosal), realized to be a highly toxic agent. Mercury has strangely been beloved by allopathy ever since its inception; in fact, the 3 main treatments of the early allopaths of the 19th century were bloodletting, surgery and the injection of toxic heavy metals like lead and mercury to purportedly displace disease.

Aborted Fetal Cells/Human DNA. This is not a rare occurrence. Former drug company scientist Helen Ratajczak says that over 23 vaccines contain aborted human tissue with an uncanny link to autism. Another study by Dr. Deisher found a connection between the injection of human diploid cells and autism as well.

MSG (monosodium Glutamate) – If just one meal containing MSG can cause serious headaches, what do you think it can do to the body when injected into the bloodstream via a vaccine? Processed glutamic acid can cause brain lesions and neurotoxicity. This adjuvant is added to MMR vaccines and others.

Animal cells. All sorts of animals are used for this, including chickens, pigs, dogs, monkeys, horses, rabbits, cows and more. All these animal cells remain in trace amounts in the vaccine, as admitted by the FDA. Marti Oakley in an article on Activist Post entitled “Vaccines: Human and Animal DNA” points out that:

The IARC’s ‘definite carcinogen’ Formaldehyde. This chemical is used as a preservative and biocide, commonly to embalm the dead. Even the US Department of Health says that this substance is highly carcinogenic. It can also cause brain damage and seizures.

Also included are antibiotics, squalene, peanuts (which many people are highly allergic too) and GMOs.

History of Vaccination in the Medical Mafia

Ironically, Allopathy Inc was created before the first world war when IG Farben of Germany merged with Rockefeller. As Guylaine Lanctot explains in The Medical Mafia:

So how exactly do eradicate disease instead of vaccinating ourselves into delirium and oblivion?

The answer is known to Ayurvedic and Chinese medicine practitioners, and to the true healers of ancient times. When the body is cleared of obstructions and toxins, the immune system can flourish, and fights all manner of microbes, superbugs, and viruses, all on its own.

In the West, we concentrate on manifest illness, and try to cure the body after it is well past its most prime ability to cure itself. In other cultures, dis-ease is handled while it is in its infancy, so that it can never take over the body in various forms of cancer, heart-disease, diabetes and more. 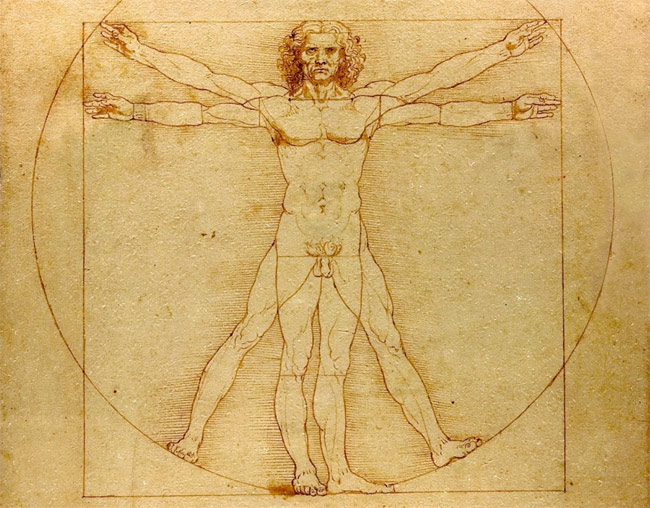 We have between 50-75 trillion cells, and they cannot respirate properly – that is obtain nutrients and expel waste, if they are not given a pure environment. Ayurvedic texts refer to the bioaccumulated environmental toxins, poor dietary habits, and the eventual mixing of toxins with our bodies’ cells, three stages of Ama, which does not translate directly into English, but most closely can be thought of as waste or toxicity.

Ama starts in the mind in the Ayurvedic culture, such as the erroneous thinking that leads us to make poor food and lifestyle choices. It later causes us to take up habits that allow toxic substances, both metabolic and environmental to clog up our digestive system, which eventually leads to horrible immunity.

The Root of All Disease

The very basic function of the immune system is to keep ‘bad’ things out, ‘good’ things in. If you think of it – this is exactly what the digestive system does when it is working correctly.

Dysbiosis is what happens when the ‘bad’ bacteria are running the show in your gut, instead of the ‘good’ bacteria that forms roughly 90% of your immunity. The standard American Diet (SAD) promotes bad bacteria in the gut instead of good bacteria, and once vaccinations are introduced into this environment, the immune system is often taxed beyond its capacity, leading to chronic disease, neurological failure, and in many cases, complete morbidity. 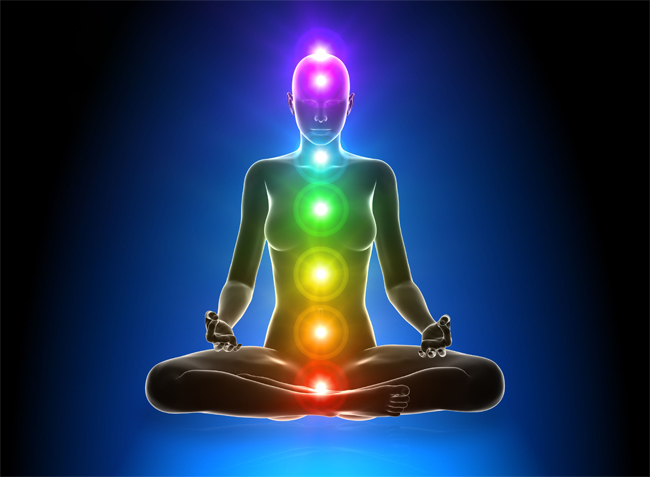 Simply put, ridding the digestive system of toxins, will restore the proper gut balance, and the body can heal itself from almost anything. This is why the concept of ‘saucha’ or cleanliness is a cornerstone of all yogic practices, and cleanses, such as Shankha Prakshalana , are carried out with almost religious fervor to protect against disease.

As Jay Pasricha, M.D., director of the Johns Hopkins Center for Neurogastroenterology, reiterates, the gut-brain is hidden within the tissues of your digestive organs:

That communication is so profound, it can even cause changes in your mood. Interactions between nerve signals, gut hormones and microbiota—the bacteria that live in the digestive system also signal the immune system to attack foreign invaders, instead of ‘go to sleep’ or attack the body itself.

You can choose your own path to health, but hopefully this information makes the decision to abstain from allopathic medicine a more interesting one.