IT WAS STINKING HOT YESTERDAY AND EVERYTHING WENT APESHIT

Fuck it was hot yesterday

Just a week ago I was boasting online how hot and sunny it was here, but that was just to troll all the Northern Hemisphere punters who were moaning about being cold.

Truth is, we are not bleeding Aussies, we are Kiwis, and we can’t handle heat at all. It’s one thing to lie in front of the air con eating Xmas treats, but having to work in the heat is a whole different ballgame. And yesterday was the first day of business as usual after the New Year break. It was not only hot, but humid as well. And having to try and do stuff with a sweaty crack really sucks.

Town came to a grinding halt yesterday, because two cars collided in the main motorway entrance to Wellington. Usually that would be sorted out pretty fast, but the poor bastard who caused the crash totally wigged out – he climbed up onto the support beams above the motorway with a big knife and started slashing his arms and freaking out. 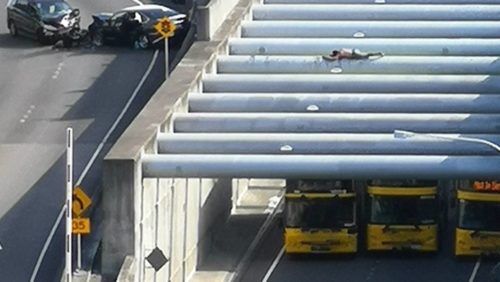 Everyone was hot and flustered, and had no idea what to do. The guy was lying in the full sun with no water and it looked like he would probably fall off the beams. So they parked some double decker buses underneath him to reduce the drop. Unbelievably he stayed up there for 10 hours and caused a fair bit of chaos. Eventually he came down. 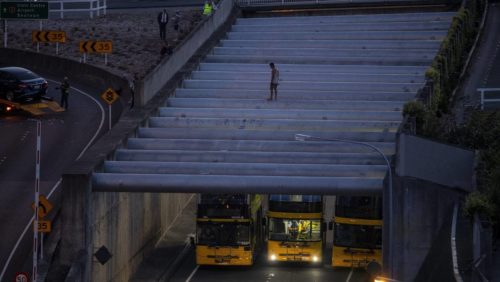 It’s hot again today, and I can’t handle any more of this, my crack is already sweaty just typing this post – back to lying in front of the air con and doing fuck all for me today!