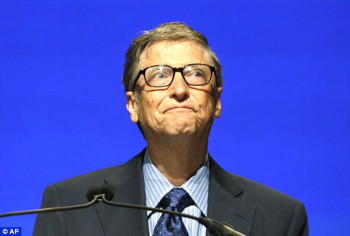 – New research accidentally conducted by the Bill and Melinda Gates Foundation has discovered that vaccines activate the “moron” genes that normally lie dormant in human beings. Once activated, these “moron genes” cause individuals to lose higher brain function and the ability to question false information fed to them by doctors, drug companies and the media.

This, in turn, results in even more people pursuing repeated vaccines, further causing expression of the moron genes, over and over again, until their brain function collapses to the level of a raw vegetable… otherwise known as a “voter.”

Because of their disastrous effects on higher brain function, these vaccines are now being called “Moron Vaccines.”

But Moron Vaccines have one ingredient that’s slightly different. As Dr. All Proffit, a leading vaccine patent holder, explained, “Moron Vaccines are much like regular vaccines, except instead of taking diseased material from infected cows and monkeys, we take brain cell samples from existing morons which are easy to find among our colleagues. We then weaken those brain cells to make them even more moronic, and then we inject them into infants and children, mixed with a bit of mercury to make sure it targets the neurological system for maximum effectiveness.”

The result? As Bill Gates explains, “Billions of children each year are being saved from IBFD.” IBFD is short for Intelligent Brain Function Disorder. It is an affliction affecting hundreds of millions of people each year, causing them to achieve dangerously high levels of cognitive function that causes them to ask inappropriate questions about vaccines such as, “Why have vaccines never been tested against non-vaccinated children?” Or, “Why do vaccines cause some children and teens to collapse into autism, comas or death?” Or, “Why don’t flu vaccines actually prevent flu symptoms in 99 out of 100 people who receive them?”

Those questions have no place in today’s medical system, where the correct answer to every disease is — as doctors are routinely taught — “More vaccines!”

“The population is too intelligent for its own good,” Dr. Proffit added. “The only way to keep people in line with the expectations of Big Government, Big Pharma and America’s top employers such as McDonald’s and Wal-Mart is to increase the moron density in America through a determined, long-term vaccination program carried out with the help of doctors and government medical authorities.”

To financially support that program, the Bill and Melinda Gates Foundation (BMGF) is investing over fifty billion dollars to roll out Moron Vaccines on a global scale. “This will help ensure that more people buy Microsoft products,” explained Gates. “Because if they regain higher brain function, they might be tempted to run Linux instead.”

The FDA granted approval to the Moron Vaccines based on the scientific clinical trial data provided by the maker of the vaccines, most of which was, believe it or not, fabricated by morons. “This is why the data are so consistently reliable,” explained the company CEO. “When you’re studying Moron Vaccines, who better to offer an experienced perspective than an actual moron posing as a research scientist?”

The FDA was influenced in its decision to approve the vaccines by the CDC, which recently warned that America was “suffering from an epidemic of critical thinking” that threatened the future of the U.S. government, the Federal Reserve, and the vaccineindustry in particular. The source of this epidemic has been traced to Rep. Ron Paul, of course.

“People who think for themselves are a threat to the U.S. government, and they are causing problems at airports, too,” said DHS secretary Janet Napolitano. “That’s why we’ve partnered with the FDA to make sure that those suffering from Intelligent Brain Function Disorder are offered ‘treatment’ at every opportunity.”

As part of that government treatment program, IBFD screening centers are now being erected at the airports, sports stadiums and Wal-Mart stores. Interestingly, Wal-Mart stores have so far found exactly zero people at their stores who suffer from Intelligent Brain Function Disorder. Apparently, all Wal-Mart shoppers are already cured.

The TSA announced it would no longer hire anyone suffering from IBFD and would only hire workers after they have been injected with the Moron Vaccine. “Is is very important that TSA agents have achieved the lower IQs necessary for them to carry out their jobs of molesting air travelers,” explained TSA head John Pistole explained. “We cannot have our agents suffering from moments of cognitive awareness while they’re touching your junk. People who work in government security are better off if they simply do what they’re told without asking intelligent questions or citing the Fourth Amendment of the U.S. Constitution, which is a highly complex collection of sequential words that none of us can decode anymore thanks to the Moron Vaccines.”

Moron Vaccines are now mandatory in medical schools, where they are given to would-be doctors are part of an indoctrination ritual. They’re also mandatory in public schools, where children are being educated just enough to be obedient workers but not enough to actually question what role they’re playing in the grand consumerism economic raping of the planet in the name of corporate profits.

Walgreens stores are offering Moron Vaccine Gift Cards so that you can give the gift of lower brain function to a friend or family member. If grandma is acting up again, a vaccination targeting her higher brain function may be just the ticket to a joyful, loving family picnic. That “Grandma is staring off into the distance again” look is actually family affection, remember.

Many nursing homes and retirement centers are even thinking of switching from their current model of pharmaceutically abusing patients into a tolerable state of human vegetation to the new model of just vaccinating them instead. “It’s so much easier with the Moron Vaccines,” explained one nursing home director. “Pills required patient consent, but vaccines can be given to patients in their sleep, and when they wake up the next morning, or at least the ones that do, they’re like a whole new person… quiet, introspective and no longer argumentative.”

The Moron Vaccine is such a success that even President Obama chimed in on the issue. “Moron Vaccines help keep America strong by making sure people don’t ask too many questions about the coming economic collapse,” he said in a recent press event. “If we can manage to vaccinate the entire population, then we can probably keep the Medicare and Social Security Ponzi schemes going a few years longer, and that protects all of us in Washington from a popular revolt like the one we saw in Egypt! The Middle East is witness to the violence and destruction that can take place when populations are allowed to contemplate higher ideals such as freedom or liberty,” Obama said. “Moron Vaccines keep people comfortably numb in their lower brain functions, where they can dutifully serve the interests of the State.”

So don’t miss out on the Moron Vaccines! They’re available free of charge at any U.S. post office. The government is also offering a special discount called, “Don’t buy one, get one free!”

This was originally published in 2011 as satire. Now it could easily be regarded as an accurate summary of the current state of Americans and the vaccine industry. www.naturalnews.com/moron_vaccines 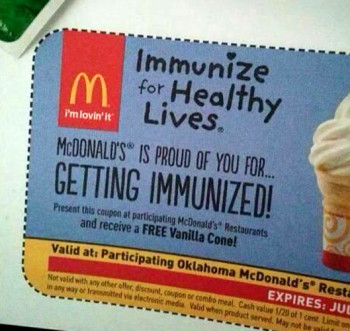 There is even a magazine published just for morons! – time.com/zuckerberg-vaccines-facebook 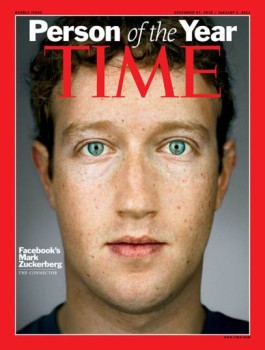