NEW ZEALAND IS WORLD FAMOUS FOR HAVING POISONED WATER 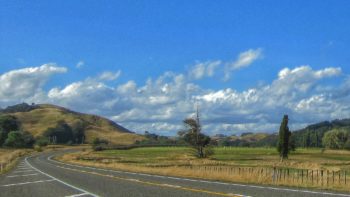 “Oh, I love New Zealand. It’s one of the most beautiful places on Earth. It’s…what? What did you say?…No, that’s impossible. That couldn’t be happening. They’re doing what??”

The strategy of the New Zealand government is simple.

A series of local movements is successful. So kill them off by claiming decision-making must occur at a “higher level.” Take power out of the hands of locals.

The issue is fluorides. I recently wrote two articles demonstrating the extreme toxicity of this substance, which of course is dumped in water supplies as a medical treatment. (fluoride archive here).

In New Zealand, a group called Fluoride Free NZ has been highly successful working with town councils to ban fluorides from local communities.

But these successes are a threat, because they contradict the lies medical authorities spew about how safe fluorides are, and because grass-roots victories erode blind faith in centralized government.

Here are quotes from Kane Titchener, who represents the group, Fluoride Free NZ, in New Zealand. His remarks lay out what’s happening behind the scenes in that natural paradise:

“…the fluoridation issue has been brought to a head. The NZ Government is proposing that the [bigger] District Health Boards take over the decision making [about] fluoridation [in water supplies] as opposed to the local councils. This is because we have been very good at winning at the local council level.”

“Fluoride Free NZ was formed in 2003. Since that time we have had many substantial victories in local Councils throughout New Zealand. Local Councils that have stopped [fluoridating water supplies] as a result of Fluoride Free NZ’s lobbying efforts: New Plymouth; Taumarunui; Waipukurau; Far North…”

“In summary, the Government is planning to implement mandatory fluoridation to the whole of New Zealand. Currently, only around 50% of households are on fluoridated water, with only 23 out of 67 local councils still fluoridating, while voicing their growing concerns about fluoridation risks and dangers. In response to more and more councillors and mayors deciding against fluoridation, the Government is now taking the decision away from local councils and communities and putting the power into the hands of District Health Boards (DHB), who are under the direct control of Central Government.”

If you think Fluoride Free NZ’s successes working with town councils is a walk in the park, think again. This group has scored victories against long odds. This group is smart, dedicated, and effective.

They represent what can happen when strong, clear-sighted, creative individuals band together to accomplish a righteous goal.

And the tyrannical response of big government is predictable.

However, there is going to be blowback against that government in New Zealand.

The degree and power of the blowback is going to depend, in part, on the response of people around the world who become aware of the situation and make their voices heard.

Contact Fluoride Free NZ. Help them. Spread their press releases all over the world.

Why should a government be permitted to dump poison into the water and call it medical treatment?

And having called it medical treatment, by what power can a government mandate it for all citizens without informed consent, without the explicit permission of those millions of patients? Yes, patients, because that’s what they are. They’re being treated every day.

By what power can this happen? Dictatorship calling itself democracy.A note to tourists: how do you feel about traveling to New Zealand and bathing in, and drinking, poison? Do you like that bonus for spending your good money in “paradise?”

If not, you might want to contact the New Zealand tourism authority (newzealand.com) and let them know about your change of plans.

Such organizations are always interested in money, where it’s coming from—and where it won’t be coming from.