Today was my first trip on public transport since “mandatory” face masks. I expected to look out for fellow muzzle free passengers and give them a nod and a smile – a shout out to members of the growing army of the awakened and all that. But no, bugger it, I was the only one, […] 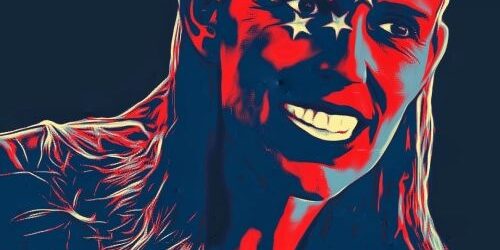 Confronted by a globalist scam so monumental it is sometimes hard to comprehend, the never ending onslaught of “we are fucked” messages can leave us worn down and defeated, close to giving up. A lot of people have been asking me how things are in New Zealand. Yes we have an evil lying psychopath for […] 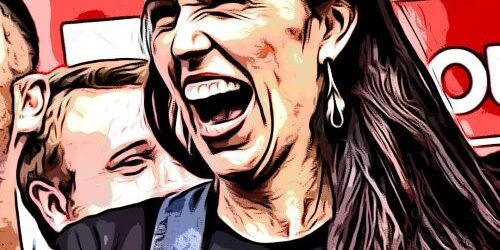 Things are bit fucked in New Zealand these days, so I wanted to look out for number one and get a safe job before the economy collapses. I applied for a job with the NZ communist party. I was hoping for $1 a day but they offered to pay me in toilet paper instead, and […]

Some days I try to react from a state of higher consciousness. And some days I just get as mad as fuck watching my country and the entire world being taken apart by a bunch of NWO puppets, satan worshipping paedophiles, power crazed psychopaths and creepy evil fuckers. We have a window of opportunity to […]

The amazing thing about being stoned off your nut when you are Writing is that all the deep wisdom of the Universe comes flooding through the gates of perception and you rise to a higher level of consciousness. Usually all this is lost because / cloze off and forget everything / understood while / was […]

There is no point me banging on endlessly about how fucked up everything is right now – if we are going to overcome some very dark forces we need to be coming from a higher place than that. It’s a bit of a dilemma, but as Sun Tzu famously said in The Art of War: […]

Much as I have issues with Fakebook every time things all go even more to shit with the plandemic I get all fired up and start posting loads of memes on the book of fake. My reasoning being that maybe I can be a bit of an inspiration for a few curios sheeple and also […]

Right now I’m not too proud to be a Kiwi. In fact I feel somewhat ashamed as I watch my country’s economy and society being crushed by a cunning two faced illuminati glove puppet while a population of clueless sheeple are walking to the meat works unaware that we are all being totally fucked over. […]

Scrolling through my GAB feed today I got the feeling that there are less sheeple on GAB than there are on Fakebook. And it’s always good to see. First here is a meme I made from one of my drawings yesterday. Ever notice many websites ask you to click on “SUBMIT” buttons? – All part […]

America’s First Non-Binary Person Renounces Transgenderism, Says, “I Have Always Been Male” & Who Are The Rich, White Men Institutionalizing Transgender Ideology? The man who holds the title as the first in the United States to ever legally identify as “neither” in terms of his official gender status has since come forward to reveal that so-called “non-binary” […]