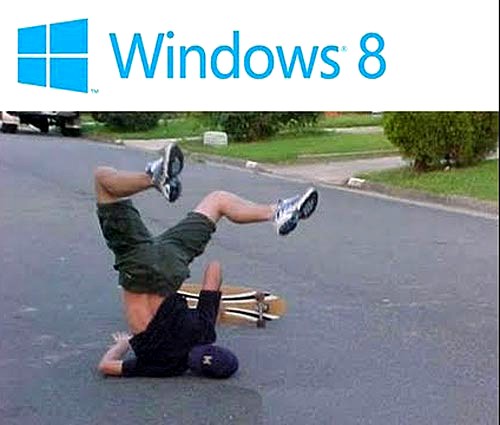 When I first tried using Windows 8, I wrote “Don’t worry, I’m not going to do a page about Windows 8. That would be like trying to train goldfish to herd sheep. Microsoft has lost the plot, so here’s a few random pictures and links”
But over time Windows 8 computers  became increasingly common, mainly because they were unbelievably cheap, as suppliers desperately tried to unload the useless things onto the public.
Ironically many of the people who bought Windows 8 computers were inexperienced computer users who having bought one on sale, then found they couldn’t do anything on it.
If you have to get a Windows 8 computer semi functional for someone, the first thing is to get back the start menu. For this I recommend installing Classic Shell which can make Windows 8 usable. But it’s still not Windows 7, even if it looks like it, and Windows 8.1 has the feel of a buggy and unstable system.
www.frot.co.nz 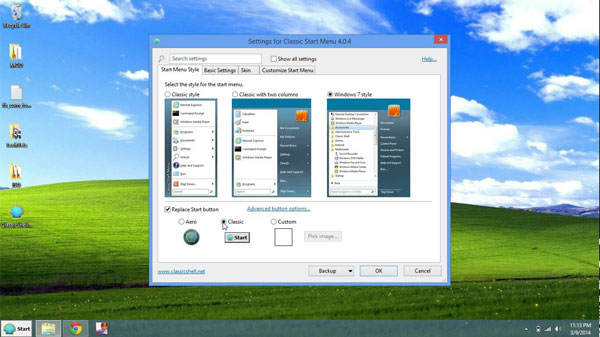 Although a lot of people said online that Windows 8.1 was a massive upgrade, truth is, there is bugger all difference, and 8.1 blows goats too. It takes a long time to update from 8.0 to 8.1, and the default power settings will put the computer into hibernation mode long before the 8.1 install is complete. So change the power settings before updating.
While updating to 8.1, files sometimes just randomly disappear, so make sure you have them backed up on another drive, and your restore points will all be deleted, so there is no going back. And no, 8.1 doesn’t even put the start menu back, it’s main objective seems to be to sucker you into visiting the the appalling Microsoft “Store”
Microsoft are constantly trying to get people to buy new software, by saying things like Office 2003 won’t run on Windows 8. It works fine. Like the supposed need for “updates and support ” Microsoft are being far from honest about Windows 8 compatibility.
I see Windows 8 as another nail in the coffin for Microsoft. My own interest ends with 7 – Windows 10 is badly designed spyware, which I’m neither going to use or write about, and if I need to move on from Windows 7 in the future I’ll switch to Linux
www.frot.co.nz 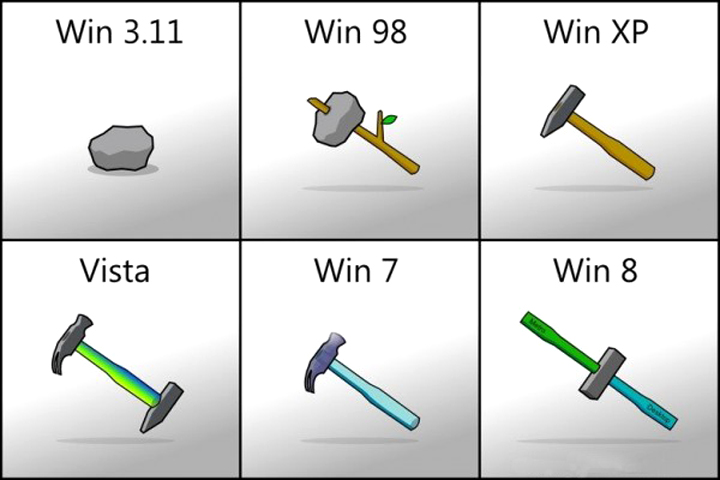 “I have nothing against Microsoft. I happen to think that Windows 7 is a good product and that Windows 8 is a misguided one. One doesn’t have to hate or love a company in order to analyze its UI designs”
http://www.nngroup.com/articles/windows-8-disappointing-usability/ 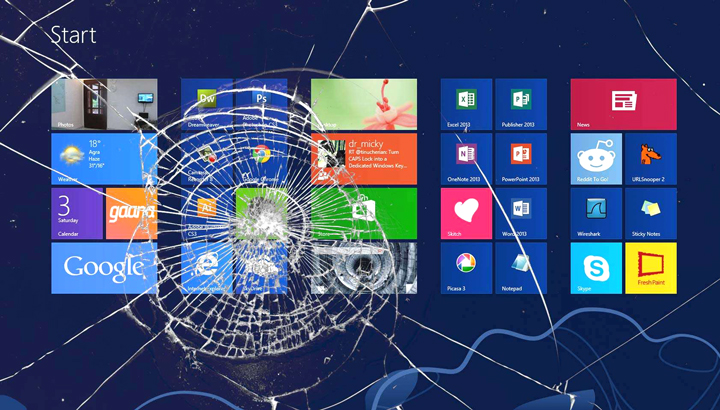 Windows 8 is a desktop operating system derived from a cell phone operating system. It starts up quite fast, but then it can’t do anything.
“One company told us that of the 1,459 machines it’s sold so far in 2013, only 7% have left the factory with Windows 8 installed. A spokesman said that “Windows 7 fulfils the requirements” of its customers, and that driver issues and the unfamiliarity of the new OS was putting people off”
http://www.pcpro.co.uk/news/380044/windows-7-still-being-sold-on-up-to-93-of-british-pcs 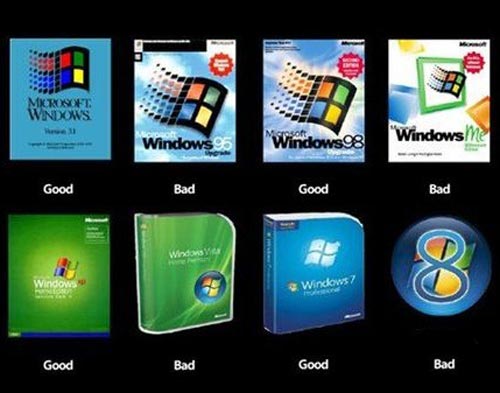 Apart from missing out both Windows NT and 2000, there used to be a lot of truth to this good/bad rule of thumb, until the utterly crap 10 came along after 8 and made it two more lemons in a row… 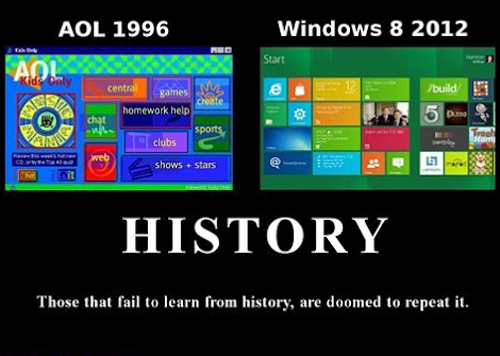 “My experience with personal computers goes back a long way.
I started using them in 1979. I wrote my first book about computers when I was 16 years old. I went on to write over twenty of them, paying my way through college.
I’ve owned and used many different computers on many different platforms. I program in a variety of languages – none of them very well – and there probably hasn’t been a day in the past 34 years that I haven’t had my hands on a computer.
I got to try Windows 8 for the first time yesterday. And, I’ve got to tell you, it sucks out loud.
It’s not that it’s unfamiliar; it’s not that it takes some getting used to; it’s not that I don’t know what I’m doing. Its sucks monkey balls.
The interface is horrible and bewildering. I actually went out and paid for a program that makes the interface behave like Windows 7.
To think that Microsoft is betting their future on this piece of whale dung is beyond all comprehension.
Don’t. Buy. Windows. 8″
Windows 8 sucks balls 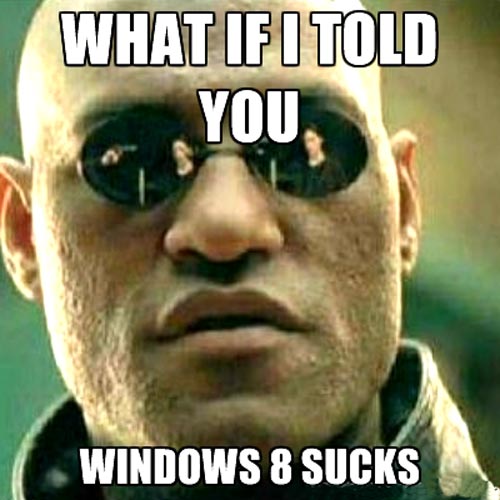 “Use Windows 8 and all of a sudden, a goblin will magically appear, fart in your face and disappear. Moreover, you know it’s going to continue to unpredictably happen again and again… and you’ll never have any idea why.”
Why Windows 8 Is One Of The Worst Operating Systems Ever [Video] 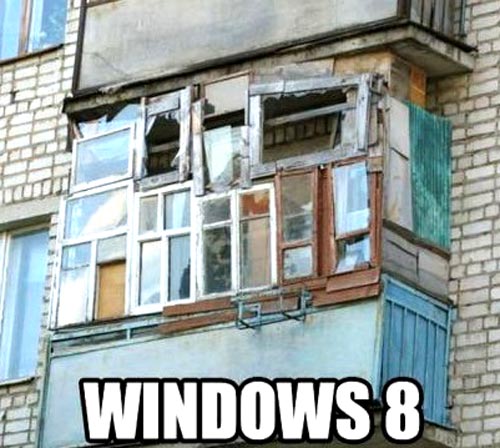 If you are a sucker for punishment, and really want to try Windows 8.1, a free copy is available here 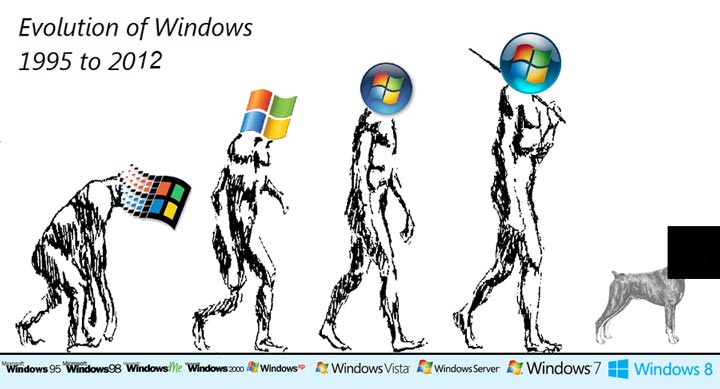